Located on a quarter-mile-long site on the east side of Vermont Avenue between Exposition and Martin Luther King Jr. Boulevards, the museum will consist of a five-story, 300,000-square-foot building featuring a library, theaters, restaurants, classrooms, offices, and exhibition space for Lucas' 100,000-piece art collection.

Designed by MAD Architects, the concrete-and-steel-framed structure will have an exterior composed of glass fiber reinforced polymer - (with a look that is reminiscent of the royal starships from The Phantom Menace). Large terrace decks will line the upper floors of the building, and 11 acres of new park space will be located at the foot of the museum.

The museum spans above a vacated segment of 39th Street, which will also serve as the main entrance to the building.

Earlier this year, museum officials announced that its expected completion date has been pushed back to 2023 - a result of ongoing impacts from the global pandemic. 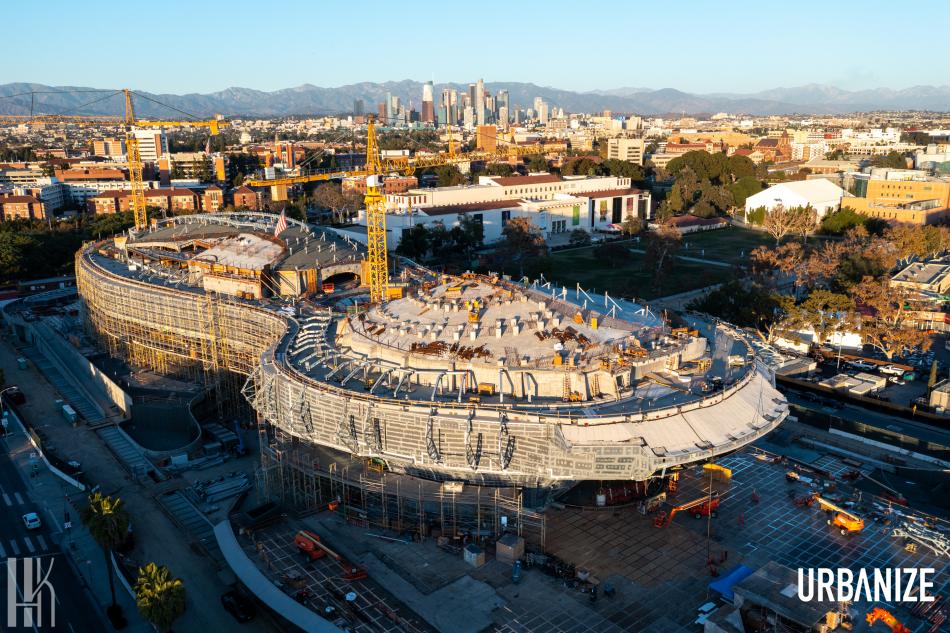 The Lucas Museum joins several recent additions to Exposition Park, including LAFC's $300-million stadium on Figueroa Street and a planned expansion of the Museum of Natural History.

Exposition Park, which is owned by the State of California, is poised for its own suite of improvements under a master plan adopted in 2020.  The City of Los Angeles has also explored extending public realm improvements and active transportation infrastructure to surrounding streets.