In Inglewood, the an affordable and permanent supportive housing development from LINC Housing Corp. and National CORE is in the home stretch next to Edward Vincent Jr. Park. 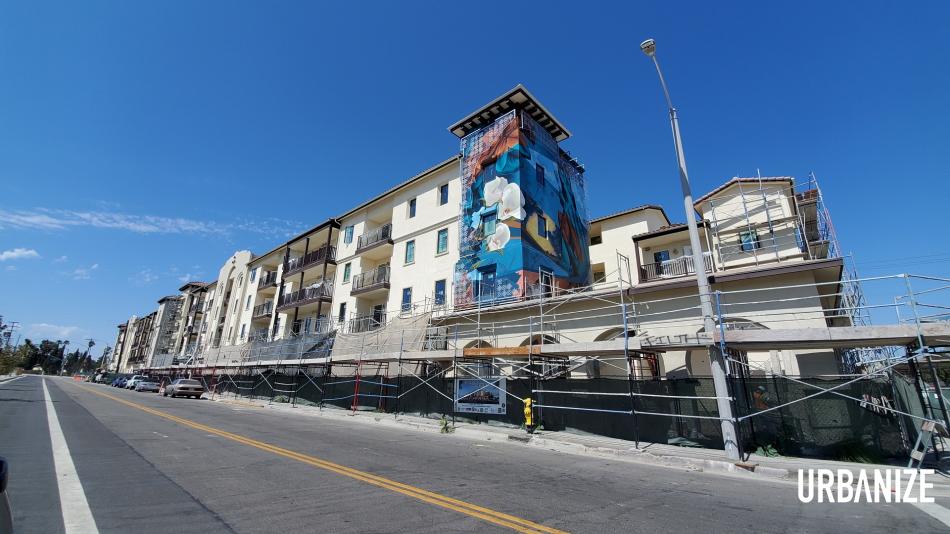 View of the Fairview Heights apartments from Redondo BoulevardUrbanize LA

The Fairview Heights Apartments, located at 923 E. Redondo Boulevard, replaces a Los Angeles County office building with a pair of four-story structures that will feature 101 apartments for low-income and formerly homeless persons with 5,000 square feet of ground-floor commercial space.

The mix of one-, two-, and three-bedroom apartments are priced for households earning at or below 30, 50 and 80 percent of the area median income, corresponding to annual incomes ranging from as low as $14,616 to as much as $56,904.  Rents for the apartments will range from $609 per month to $2,371 per month. However, the application period for the building has already closed, according to a landing page on the National CORE website.

The Spanish Colonial Revival-style apartment complex is designing by KFA Architecture, and will include podium-level courtyards and a street-fronting plaza lined with art displays and kiosks. The latter feature would feed into a new pedestrian promenade proposed for Redondo Boulevard.

Completion is expected later this year.

The project, which is one of a handful of partnerships between National CORE and LINC Housing, joins another project also under construction near the Crenshaw Line's Fairview Heights Station.  Earlier this year, Abode Communities broke ground on 64-unit permanent supportive housing complex a few blocks north on West Boulevard.