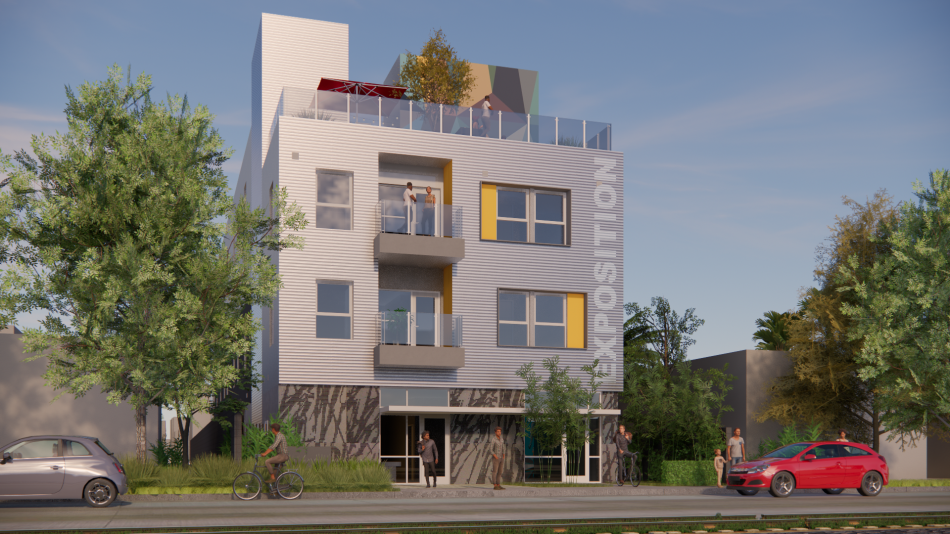 The four-story building, located on a previously vacant site at 1073 W. Exposition Boulevard, includes 15 apartments - two of which will be set aside for extremely low-income households - above roughly 250 square feet of ground-floor retail space and a small parking garage.

Next Architecture is designing the low-rise building, which is clad in metal panels.  The low-rise structure is capped by a rooftop amenity deck.

Orion Capital, the developer, behind plans for several ground-up projects in the Exposition Park community, as well as a larger residential-retail complex now under construction near the intersection of Vermont Avenue and Adams Boulevard.  The company has also proposed a 167-room Marriott hotel across the street from USC. 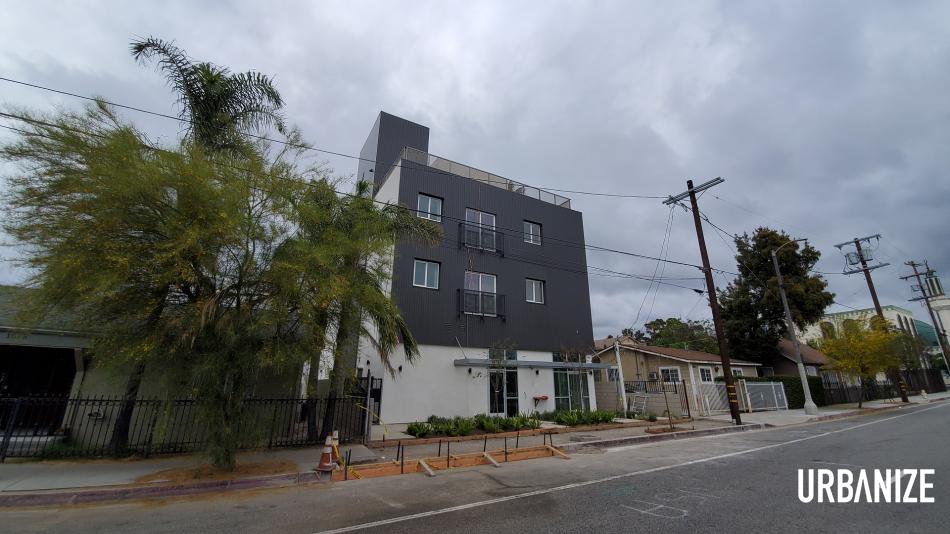 The project site is located a short distance west from a larger vacant lot, where an affiliate of Mosaic Development Group recently submitted plans to the City of Los Angeles to build a mixed-use student apartment complex.