In a unanimous vote, the Los Angeles City Planning Commission moved yesterday to uphold a proposed infill apartment complex near Sawtelle Boulevard, rejecting the appeal of a neighboring landlord who argued that project would impact the value of their property.

The project, which comes from applicant David Hanasab through the entities Federal Holdings 26, LLC and Jericho Holdings, LLC, would rise from a vacant lot at 1814 S. Federal Avenue that was previously developed with a single-family home. Plans call for the construction of a five-story edifice featuring 11 one-, two-, and three-bedroom apartments above a semi-subterranean parking garage with space for up to 15 vehicles.

Warren Techentin Architecture is designing the project, according to plans included with a staff report. 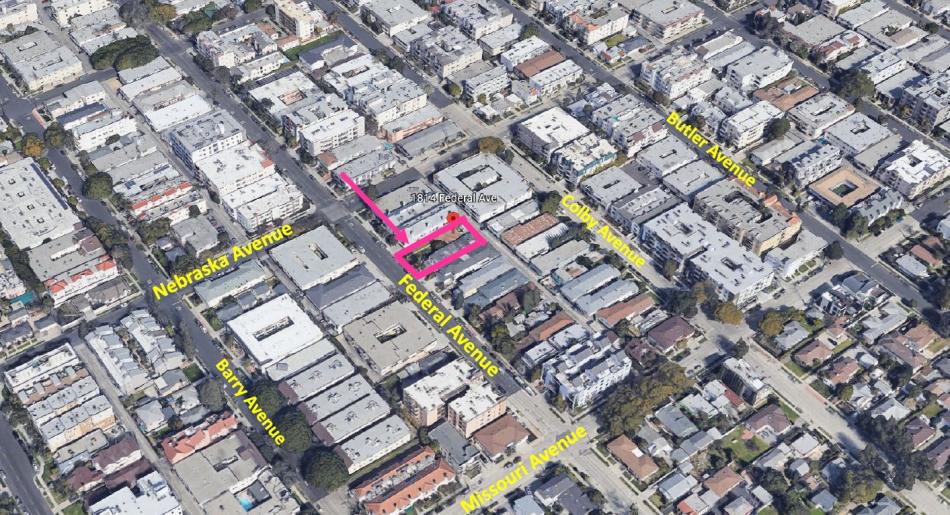 The Planning Department issued a determination letter approving the proposed apartment complex in July 2021, signing off on a request for density bonus incentives to exceed certain zoning limitations on the property. As a condition of approval for the incentives, one of the new apartments would be reserved as affordable housing at the very low-income level.

In August, Federal Investment, owner of an adjoining property at 1810 Federal Avenue, appealed those entitlements. In her appeal, the property owner contends that the proposed development would obscure views from the garage entry into her building, potentially endangering motorists and pedestrians on Federal Avenue. Additionally, Federal Investment argued that the addition of new residents would impact the availability of street parking in the neighborhood and that the new construction would detract from the value of her property.

The Planning Department staff report rejected the arguments raised in the appeal, and recommended denial.