Two years after securing construction financing, work continues to progress for a series of new multifamily residential developments on properties just west of the L.A. River in Frogtown. 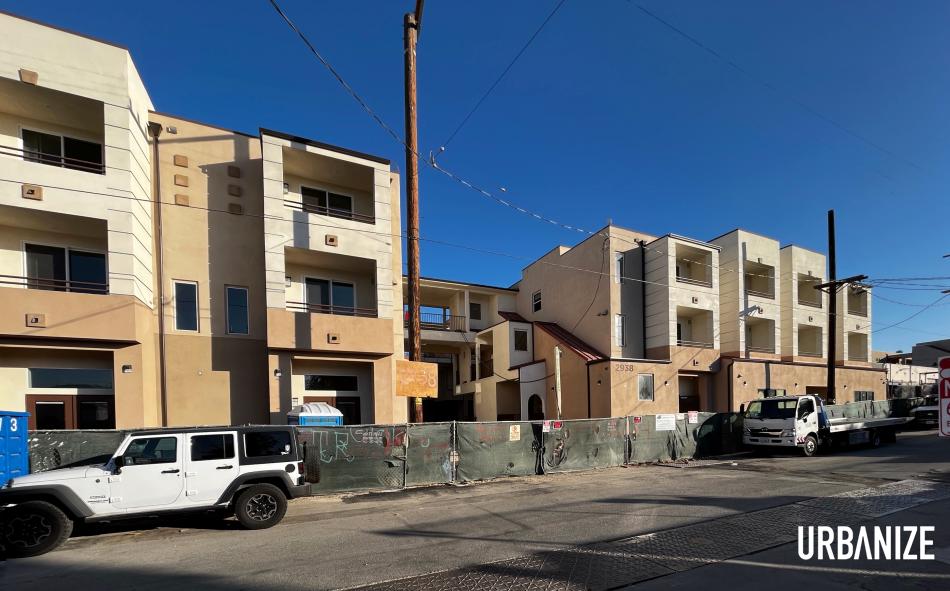 At completion, the projects will create a combined total 112 one-, two-, and three-bedroom apartments above ground-floor retail space. As a condition of approval for density bonus incentives permitting relief from certain zoning restrictions, 16 of the apartments are to be set aside for as deed-restricted affordable housing.

The new construction consists of contemporary three-story structures, clad in beige stucco. The real-life appearance marks a stark contrast to the metal-clad structure depicted in a conceptual rendering in 2020. 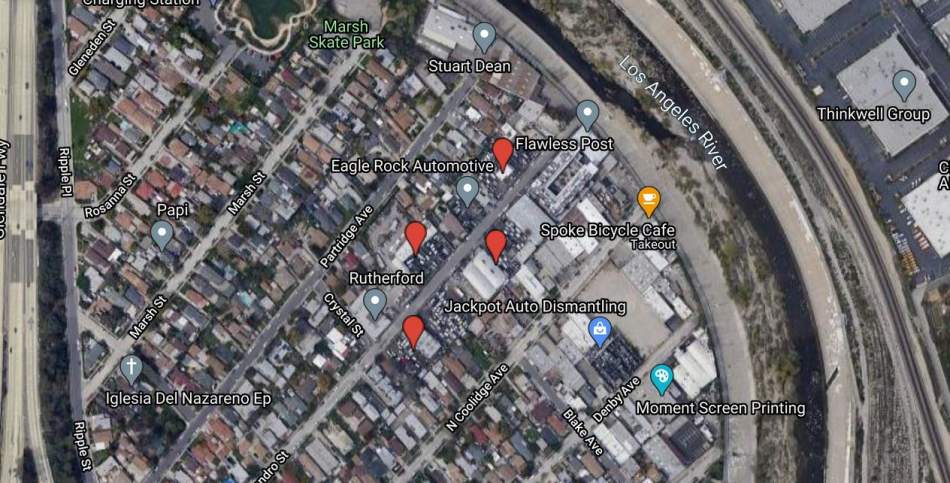 At the time the project secured a $37.3-million construction loan, it was estimated that completion would occur by the third quarter of 2022.