The incremental redevelopment of the former Marine Corps Air Station in Tustin continues to move forward.

Yesterday, the City of Tustin announced that it has entered into an exclusive negotiating agreement with AvalonBay Communities and Abode Communities for the redevelopment of a nearly 20-acre section of the former air base, which is now known as Tustin Legacy. The two developers have proposed the construction of Legacy Village, a mixed-use project which would create more than 1,200 apartments - 25 percent of which would be reserved for rent by households earning between 30 and 80 percent of the Orange County area median income. 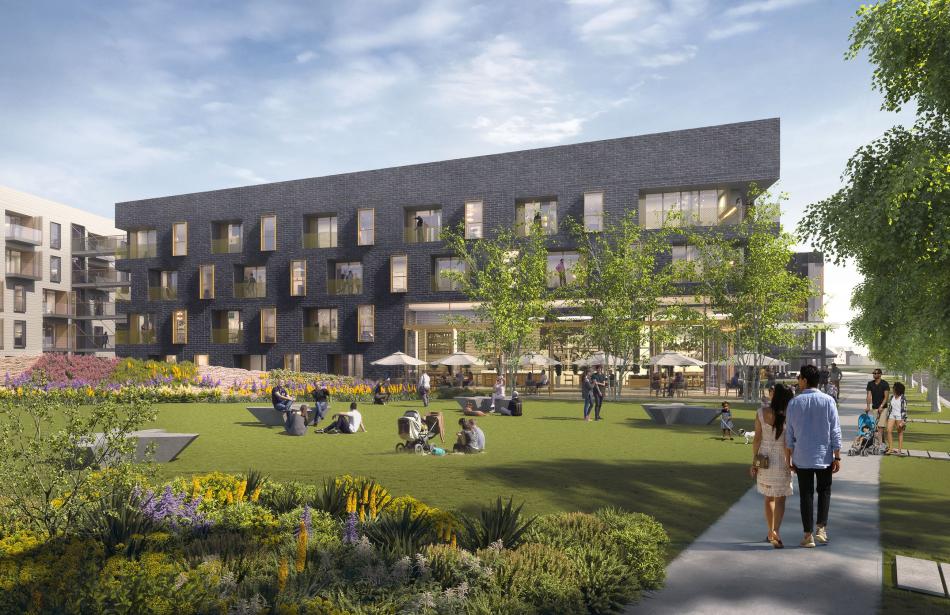 “Legacy Village will be one of the most unique residential projects in Orange County, if not the state” said Tustin Mayor Austin Lumbard in a news release. “This project is a great example of the City’s diligence and commitment to foster the creation of quality building and landscape design, public, open space, and both market rate and affordable housing for the City and region."

OfficeUntitled is designing Legacy Village, which will feature multiple buildings spread among blocks that are connected by new streets, paseos, elevated walkways, and other open spaces. New buildings are depicted with contemporary looks, ranging between three and five stories in height, with space for rooftop amenities.

The exclusive negotiating period is expected to run for an initial term for nine months, during which time the developers are expected to come to an agreement on disposition and development with the City of Tustin. The developers will also pursue project entitlements during that period. 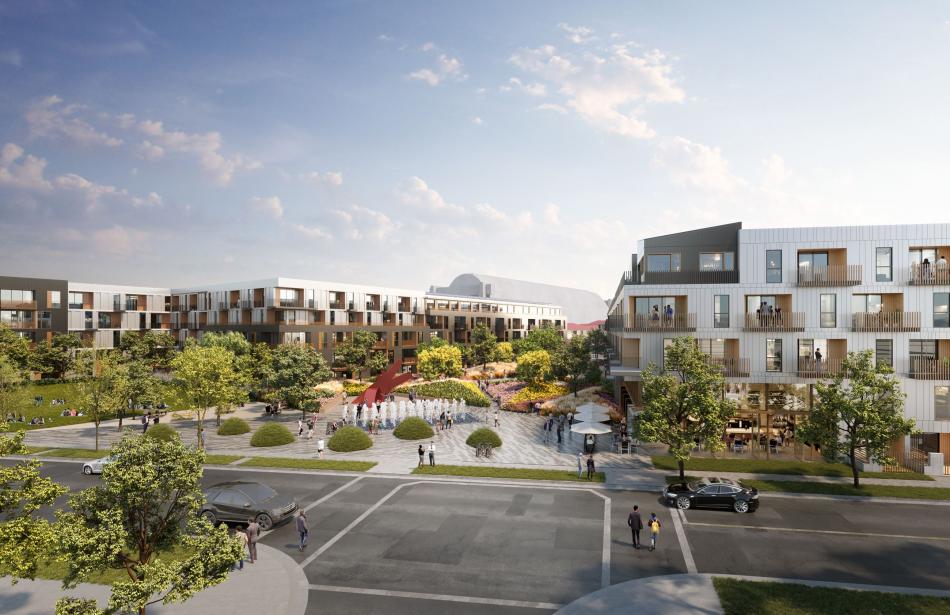 Legacy Village is not the first time that AvalonBay and Abode have partnered together. The two firms are also set to redevelop the West Los Angeles Civic Center with a similar, albeit more compact project featuring over 900 apartments, municipal offices, retail, and open space.

Other components of the 1,600-acre Tustin Legacy site include Flight, an office complex built by LPC West which features more than 470,000 square feet of space.