A red tower crane now hovers above 5935 W. Pico Boulevard in Carthay, as vertical construction ramps up for a mixed-use apartment complex from Cityview. 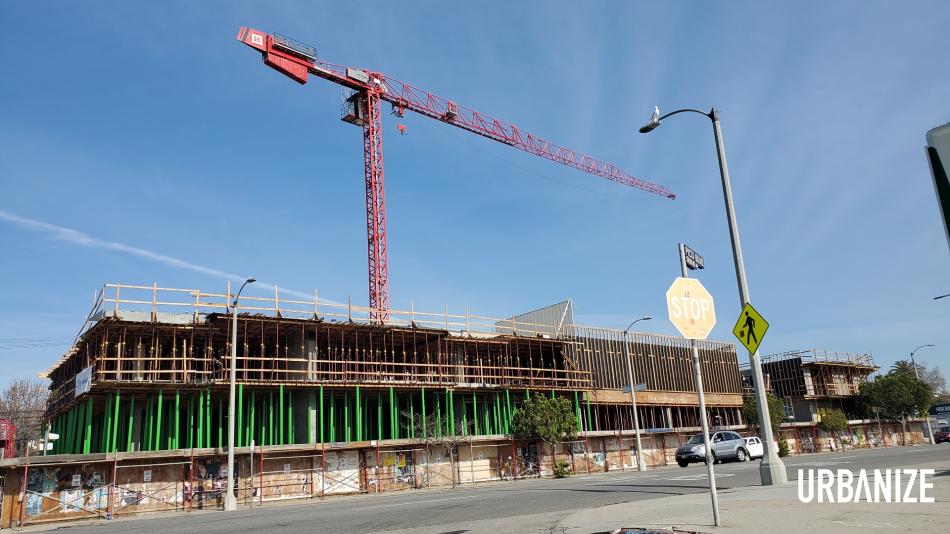 Located on a site previously developed with a strip mall, the project will eventually  consist of a seven-story structure featuring 123 studio, one-, and two-bedroom apartments above 3,200 square feet of ground-floor retail and restaurant space space and a two-level, 169-car subterranean parking garage.

Approved plans rely on density bonus incentives to permit a larger structure than allowed under zoning rules. In exchange for the concessions, Cityview will be required to set aside 13 apartments to be set aside as deed-restricted affordable housing at the extremely low-income level.

AC Martin is designing the 5935 Pico, which will be clad in a combination of plaster and aluminum panels. Planned amenities include a central courtyard and rooftop decks. 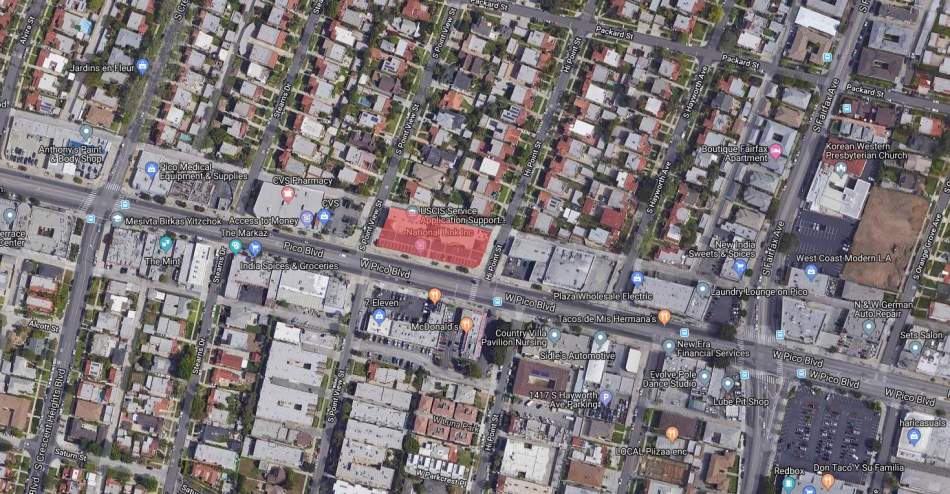 At the time of the project's groundbreaking in Fall 2020, a Cityview representative indicated that construction of 5935 Pico would be completed in roughly 26 months.

Besides 5935 Pico, CityView is also in construction at similar developments in Westlake and Historic South-Central.