An initial study published by the City of Santa Fe Springs details plans to redevelop two currently vacant sites with a mix of rental and for-sale housing.

The proposed project, which is being developed by The Richman Group, would rise from roughly 4.68 acres of land at the intersection of Lakeland Road and Laurel Avenue.  Called Lakeland & Laurel for its cross-streets, the planned development calls for the construction of 121 rental units and 18 owner-occupied townhomes 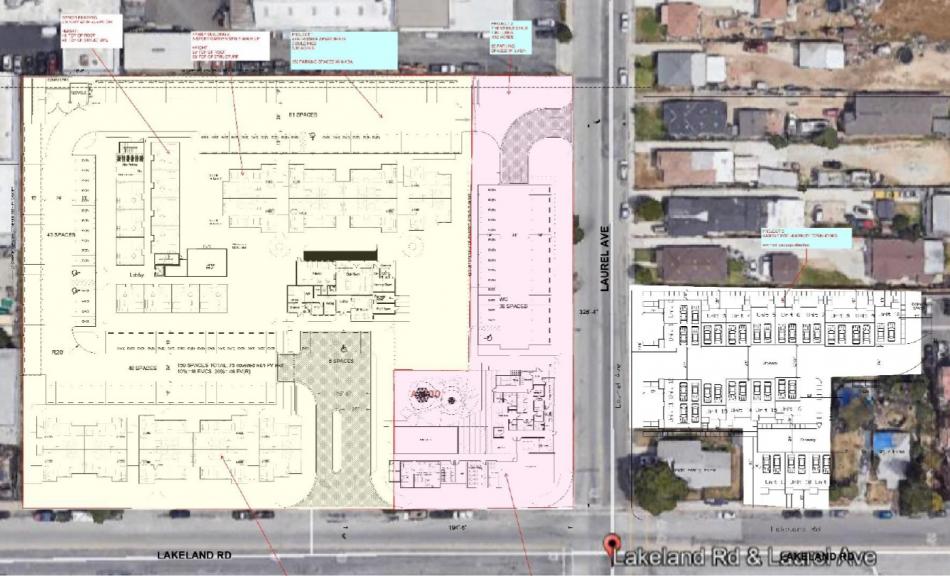 The rental housing would be located within area one, the larger site at the northwest corner of the intersection.  Plans call for four separate buildings - rising up to 46 feet in height - with a mix of one-, two-, and three-bedroom dwellings, as well as amenities such as a multi-purpose room, a fitness center, a central courtyard, and a garden.  Parking for 158 vehicles would be provided within the apartment complex.

Area 2, located at the northeast corner of the intersection, is being developed independently by Habitat for Humanity.  The proposed townhomes would be located in three separate structures, standing up to 35 feet in height, with a mix of one-, two-, and three-bedroom floor plans.  As with other Habitat for Humanity projects, the homes would be reserved for purchase by lower-income first-time homebuyers.

SVA Architects is designing the project, which is depicted as a series of contemporary low-rise buildings in renderings. 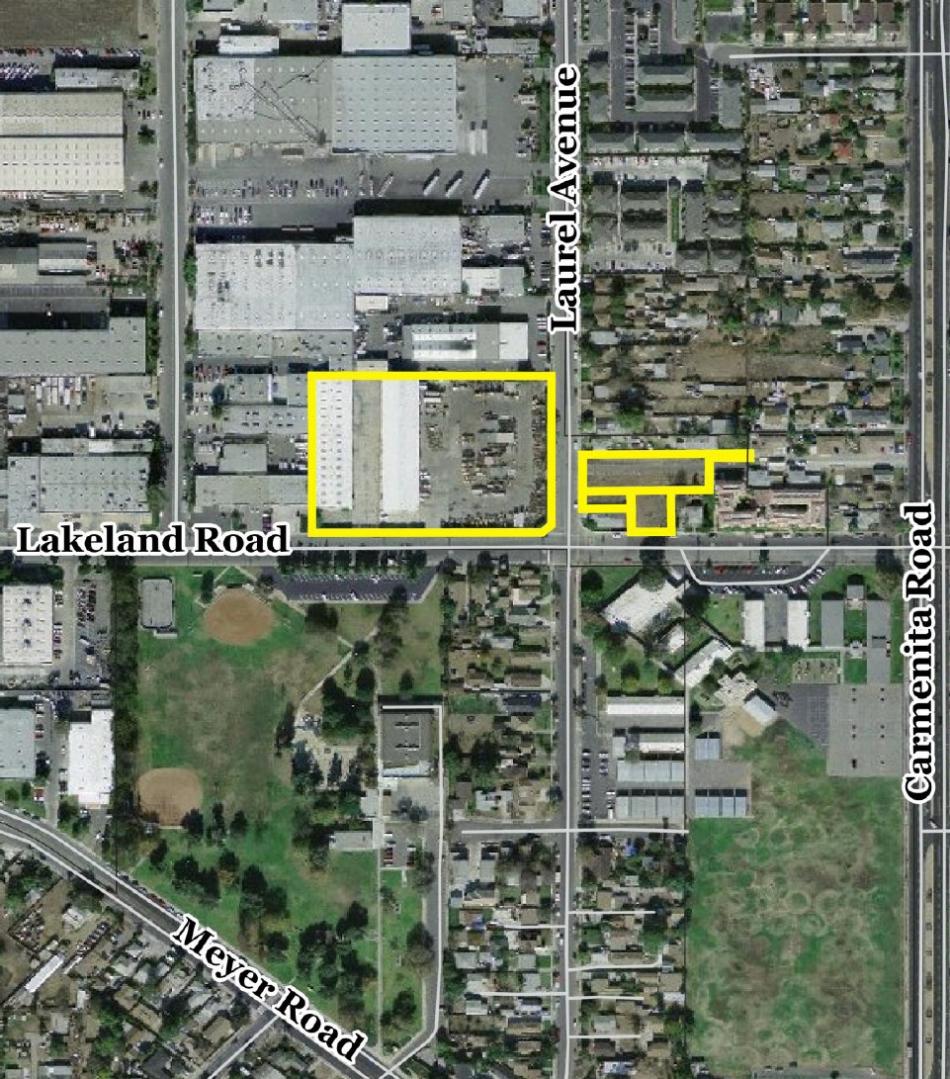 The initial study estimates that completion of the full project will be completed over a roughly one-year period.

The project, reports the Whittier Daily News, will be a fully affordable housing development, and just received $8.4 million in funding from the City of Santa Fe Springs.  Construction could begin as early as 2023.

Richman Group, which bills itself as the country's 7th largest owner of rental housing, is currently in construction at a mixed-use apartment complex next to the North Hollywood subway station, and has partnered on a handful of other market-rate and affordable housing developments at various sites across Los Angeles County.