The budding hotel district taking shape just south of the Hollywood Walk of Fame is getting a new neighbor.

Earlier this year, Beverly Hills-based Hawkins Way Capital filed an application with the Los Angeles Department of City Planning to construct a new 14-story residential tower at 6422 Selma Avenue. The project, which would replace the rear portion of the Concept Arts Building, would include 45 four-bedroom apartments above at-grade parking for 35 vehicles.

Requested entitlements include density bonus incentives to permit greater floor area and reduced setbacks relative to zoning regulations for the property. In exchange, six of the new apartments would be reserved as affordable housing at the very low-income level.

DLR Group is designing the tower, named the FOUND Residences, which would stand approximately 170 feet in height. Plans call for a cement exterior, colored and textured to match the exterior of the Concept Arts Building on Selma. Architectural plans show a rear yard and courtyard at street level, and open-air amenity decks on the 13th and 14th floors of the building.

FOUND Residences, which markets itself as a provider of "high-value flexible living in desirable urban locations," advertises a 2023 launch date for its Hollywood outpost. 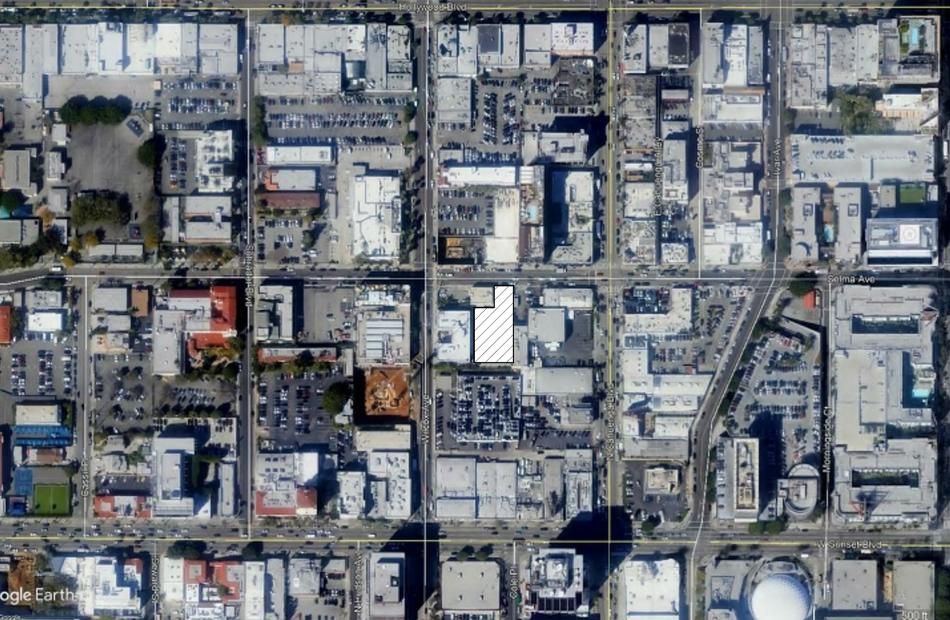 The proposed project would rise across the street from the Dream Hollywood, one of three new hotel developments recently built by local real estate investment firm Relevant Group in an area they have branded as "the Vinyl District." Hawkins Way Capital is no stranger to the neighborhood, having previously restored the Mark Twain Hotel a short distance west on Wilcox Avenue.

A larger residential high-rise, the 25-story, 270-unit Artisan Hollywood, is planned two blocks east at the intersection of Selma and Ivar Avenue.