In Mar Vista, general contractor Harpco Construction sends word that construction kicked off last month for a new multifamily residential development at the intersection of National and Federal Boulevards. 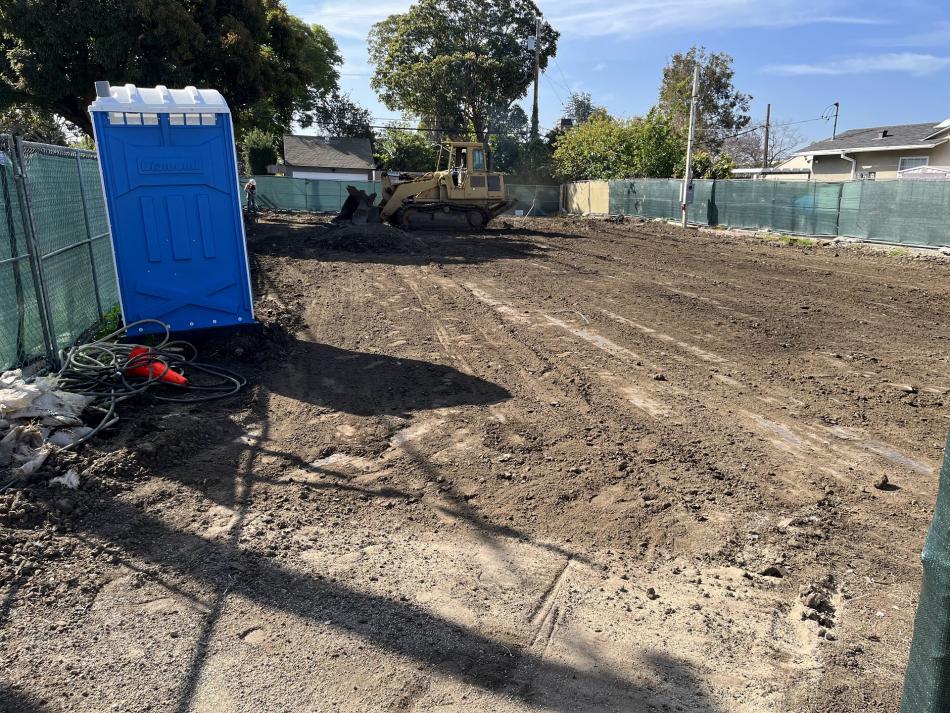 Located at the southwest corner of the intersection, the project consists of a four-story edifice that will feature 15 one-bedroom apartments above a single level of at-grade parking. Plans call for two very low-income affordable units, permitting a larger structure than otherwise allowed by zoning rules in accordance with the city's state density bonus ordinance.

Aaron Brumer & Associates is designing the project, which will be clad in vertically-oriented, dark grey corrugated metal panels, accented with light-colored stucco and recessed balconies.

Per a representative of Harpco, construction at 11600 National is expected to occur over roughly 16 months, placing the project's expected completion date in late 2023.

The project site sits less than one block east of the intersection of National and Barrington Avenue, where a larger mixed-use apartment complex with 48 residential units made its debut in 2020.