A new year brings yet another plan for a mixed-use complex near Hollywood's famed intersection of Sunset and Vine. 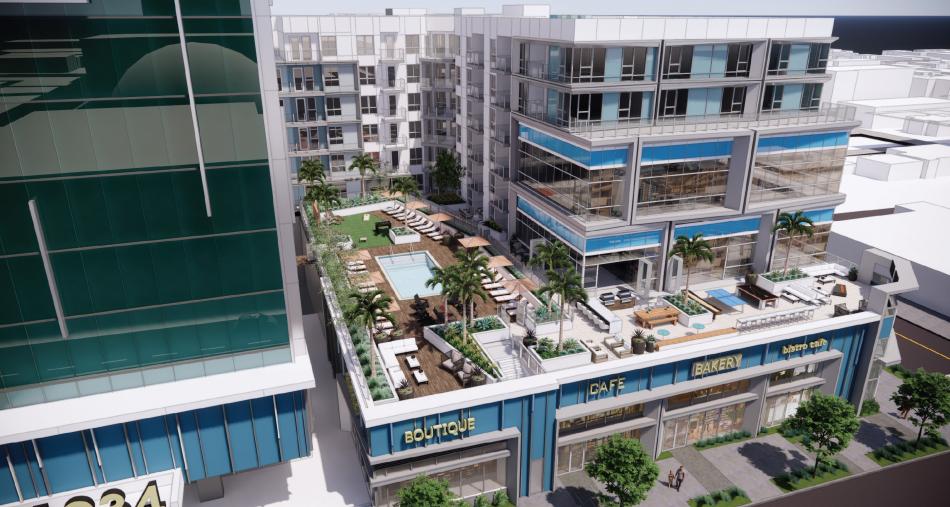 An application recently published by the Los Angeles Department of City Planning details a proposal from Newport Beach-based developer Sares-Regis Group to redevelop a collection of small commercial and residential properties with a new multi-story building featuring 153 apartments above roughly 13,000 square feet of ground-floor commercial space and parking for 210 vehicles.

Sares-Regis is seeking entitlements for the project at 6336 Sunset Boulevard using density bonus incentives to permit a larger structure than allowed by zoning rules. In exchange for the development incentives, 23 of the proposed studio, one-, and two-bedroom dwellings would be reserved as affordable housing at the very low-income level.

TCA Architects is designing the project, which is depicted in renderings as a contemporary podium-type building standing seven stories in height. The new construction, which would wrap the perimeter of an existing 19-story tower at the intersection of Sunset and Vine, would use a setback along its western side to provide room for a residential amenity deck. 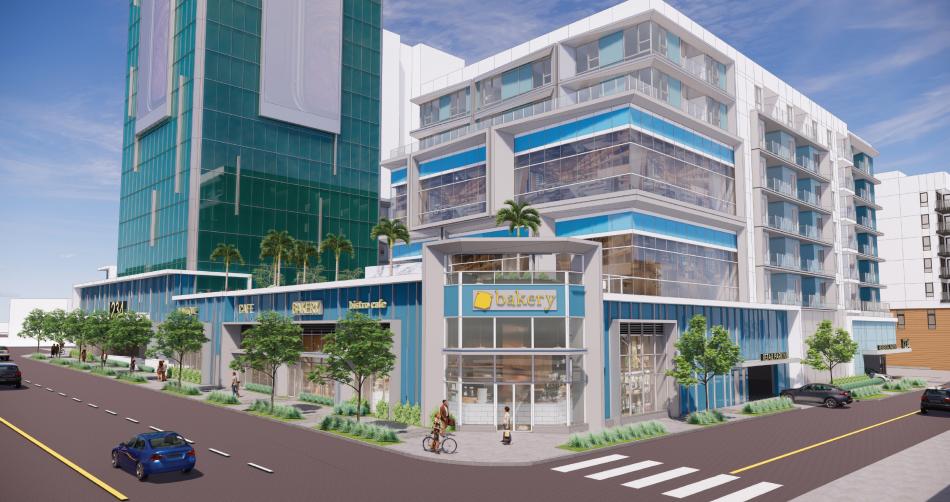 The project is the latest in a recent string of similar mixed-use projects near Sunset and Vine, including neighboring apartment buildings developed by Hanover Company and Essex Property Trust, as well as a third project planned by Tooley Interests.

Sares-Regis, in addition to its newly announced Hollywood project, is also behind plans for a large residential-retail development in Del Rey.