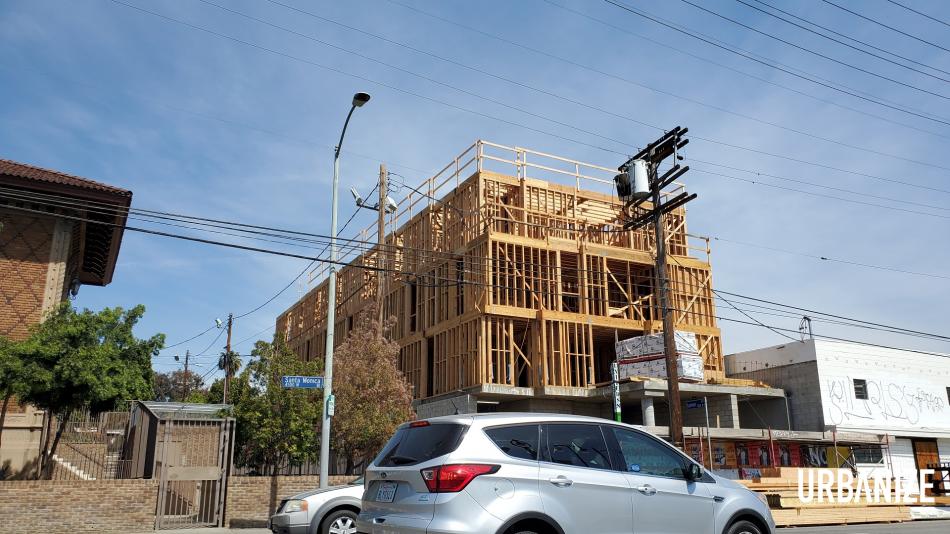 The project, which replaced an automobile repair garage, will consist of a five-story building containing 16 apartments atop parking for 10 vehicles. Plans call for a mix of studio, one-, and two-bedroom units.

Entitlements for the project rely on Transit Oriented Communities incentives to permit a larger structure than allowed by zoning rules. In exchange, two of the apartments are to be set aside as deed-restricted affordable housing at the extremely low-income level.

"The building's form is designed to establish a dialogue with both the immediate East Hollywood context and the larger context of Los Angeles," reads a narrative from the firm's website. "The facade plays with a tension between flatness and depth, deploying a system of staggered and slightly stepped plaster facade modules to create windows as gaps between them."