Seven months after we last dropped in, the tower crane is gone at 6733 Sepulveda Boulevard in Westchester, as wood framing is now complete for a new multifamily residential development from Sandstone Properties. 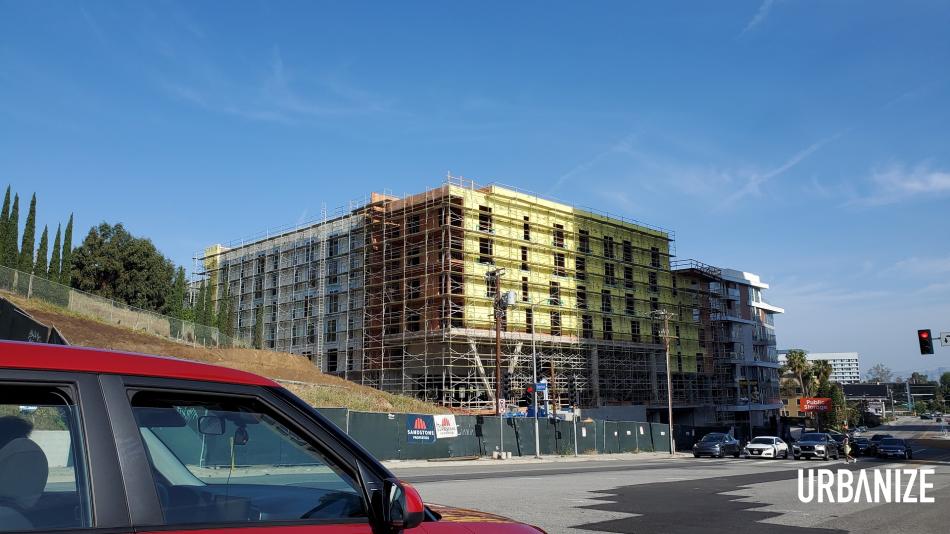 Located across the street from the Playa District, the five-story building is slated to feature a total of 176 studio, one-, and two-bedroom rental apartments above parking for 245 vehicles.  Plans also call for a game room, a swimming pool, and a rooftop deck.

Johnson Fain is designing the podium-type building, which will have a facade of metal panels inlaid with LEDs.

Sandstone, in addition to 6733 Sepulveda, recently secured approvals to build a 175-room boutique hotel less than one mile northeast in Culver City.  The company's other projects include proposed apartment buildings in Canoga Park and Woodland Hills, as well as a hotel tower planned near the Los Angeles Convention Center.