A short walk from Metro's Vermont/Santa Monica Station in East Hollywood, prolific Koreatown developer Jamison Services, Inc. has commenced work on a mixed-use apartment complex at the former site of the Union Swapmeet. 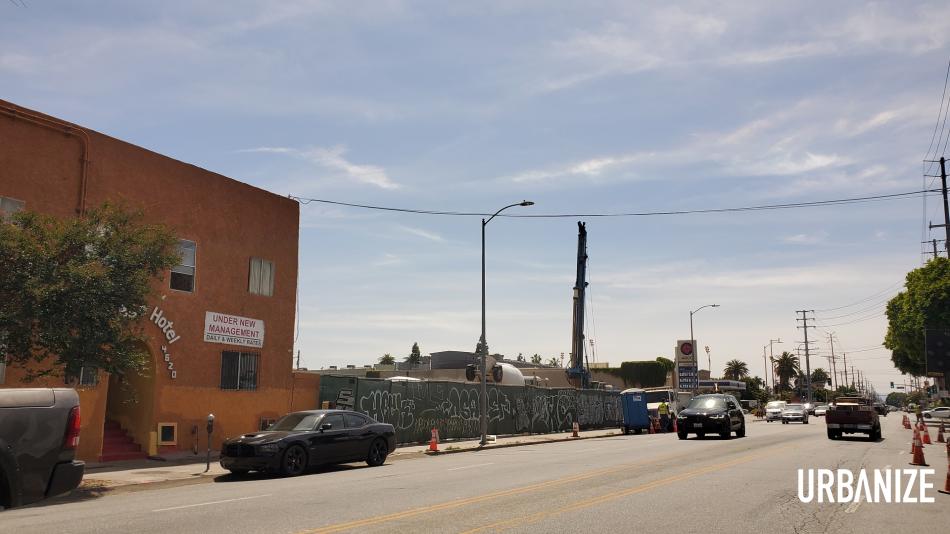 The project, which was approved in 2020, which will rise from a property located at 4632 W. Santa Monica Boulevard. Plans call for the construction of a seven-story edifice featuring 177 one- and two-bedroom apartments atop approximately 6,000 square feet of ground-floor retail space and a two-level, 224-car subterranean parking garage.

Jamison entitled the project using the Transit Oriented Communities guidelines to permit a larger structure than otherwise permitted by zoning rules. In exchange, 20 of the new apartments are to be set aside as deed-restricted affordable housing at the extremely low-income level.

Withee Malcolm Architects is designing 4632 Santa Monica, which is depicted in a rendering as a contemporary podium-type building. According to a landing page on the firm's website, plans call for on-site amenities including a fitness center, a clubroom,  co-working spaces, and a roof deck. 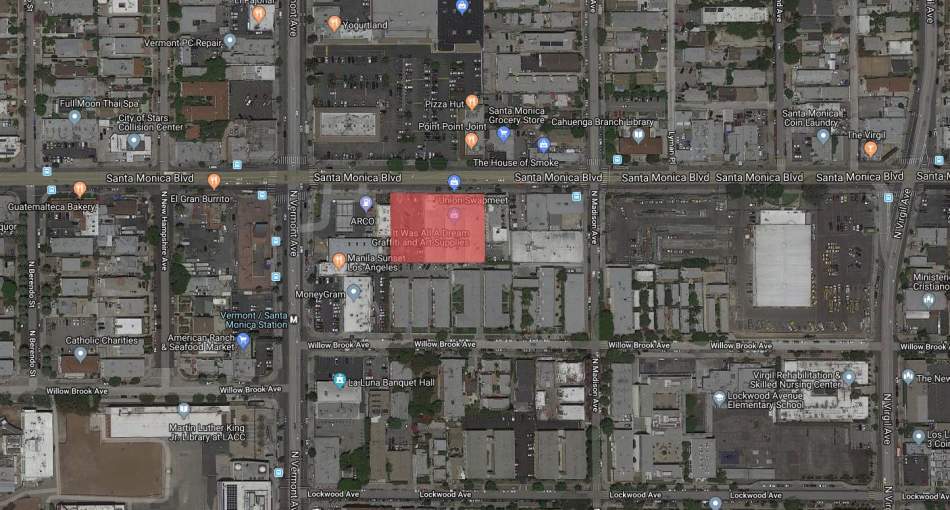 The project is the second of two large mixed-use buildings under construction near Vermont/Santa Monica Station, joining a 187-unit apartment complex from LTSC which broke ground earlier this year.