Seven years after the plan was first announced, the City of Los Angeles has started construction on a $18.7-million revamp of 7th Street which will add curb-protected bike lanes and other improvements in the Downtown area. 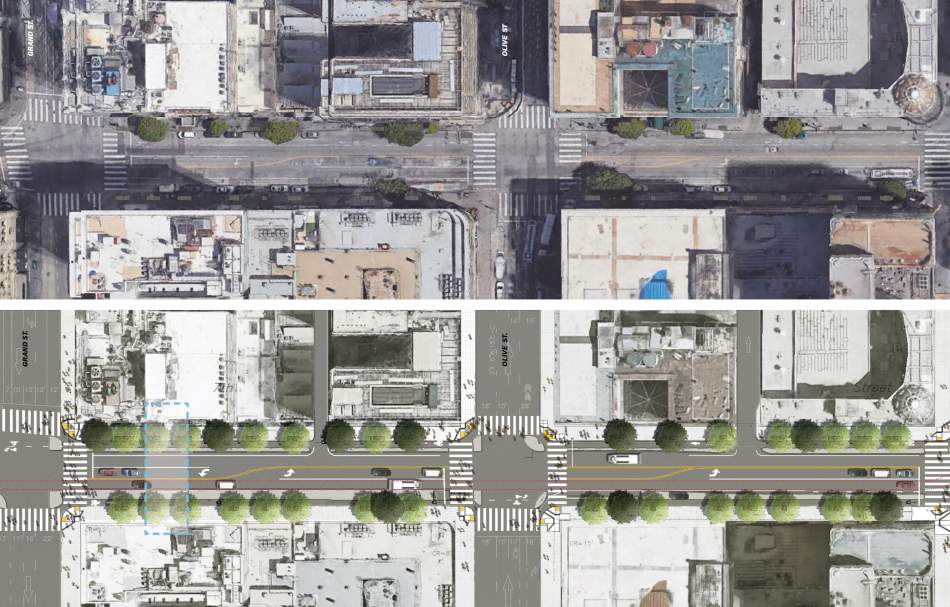 The project, which broke ground yesterday in a ceremony highlighted by 14th District Councilmember and Mayoral hopeful Kevin de Leon, will span a roughly one-mile corridor of 7th Street between Figueroa Street in the west and San Pedro Street in the east. According to a presentation from the Bureau of Engineering given at a community meeting last year, the RELM-designed improvements will include:

According to Streetsblog, work will begin at San Pedro Street and proceed westward. 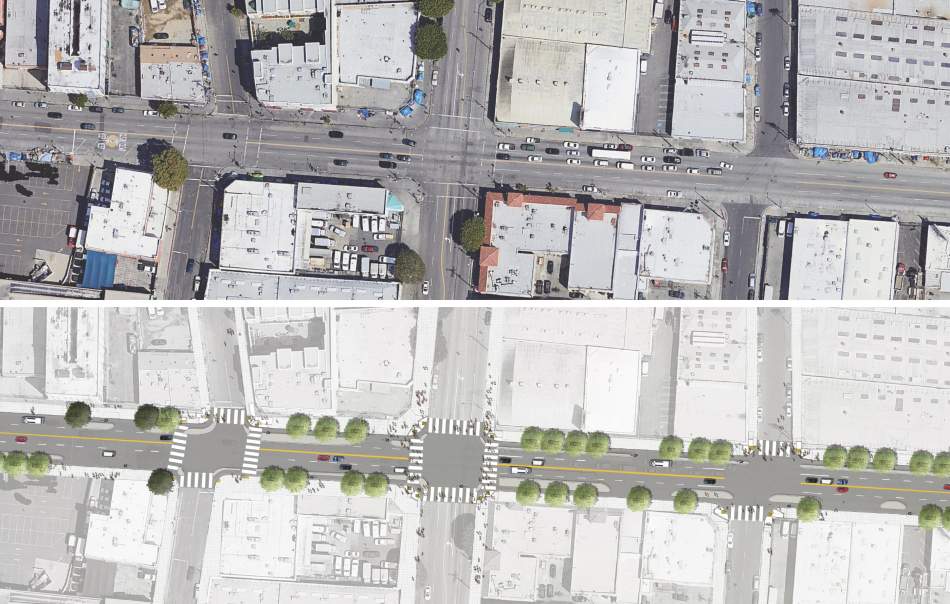 Plans to revamp 7th Street date to 2015, when seed funding was included in the Wilshire Grand's community benefits package. But while that project would have only added protected bike lanes and other features as far east as Olive Street, additional funding was secured to push the improvements east into Skid Row.