Six months after our last update, the latest components of the $1-billion Jordan Downs redevelopment are fully-framed, with exterior finishes starting to take shape in Watts. 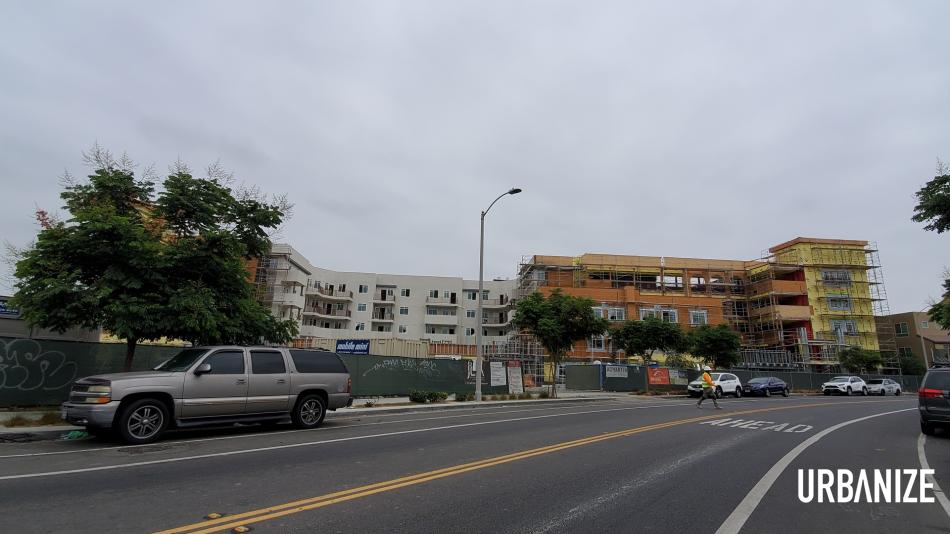 On the north side of Century Boulevard near its intersection with Grape Street, BRIDGE Housing Corp.'s $43-million Area H apartments is now topped out.

The five-story building, designed by AC Martin, will feature 97 one-, two-, three-, and four-bedroom apartments reserved for households making between 30 and 80 percent of the area median income.

A project landing page from the AC Martin website describes the Area H building as being "Irving Gill influenced." 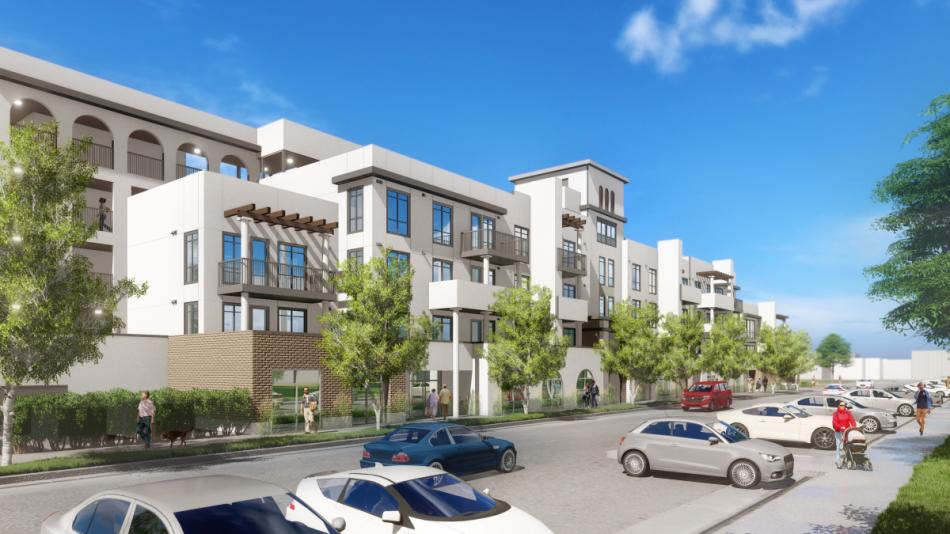 Per to a 2019 staff report to the California Tax Credit Allocation Committee, rents at the Area H building are expected to range from $545 to $1,384 per month. 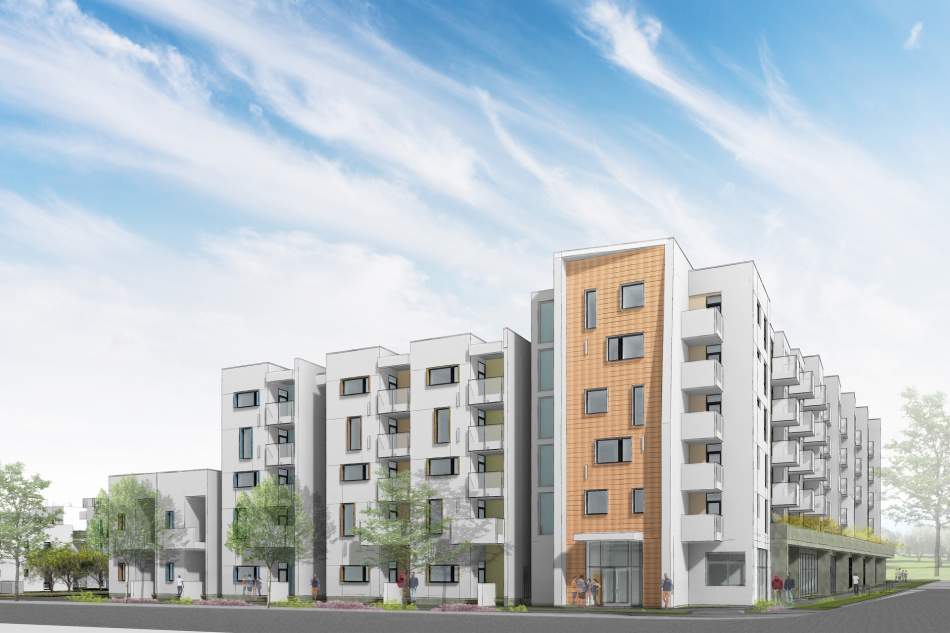 A block south near the intersection of Grape and 101st Street, BRIDGE and The Michaels Organization have also completed framing for a $37.3-million project billed as "Phase S3" of Jordan Downs.  The six-story edifice, designed by FSY Architects, is expected to include 92 one-, two-, three- and four-bedroom apartments reserved for households earning between 30 and 80 percent of the area median income.

Completion of the S3 building is expected in 2022. 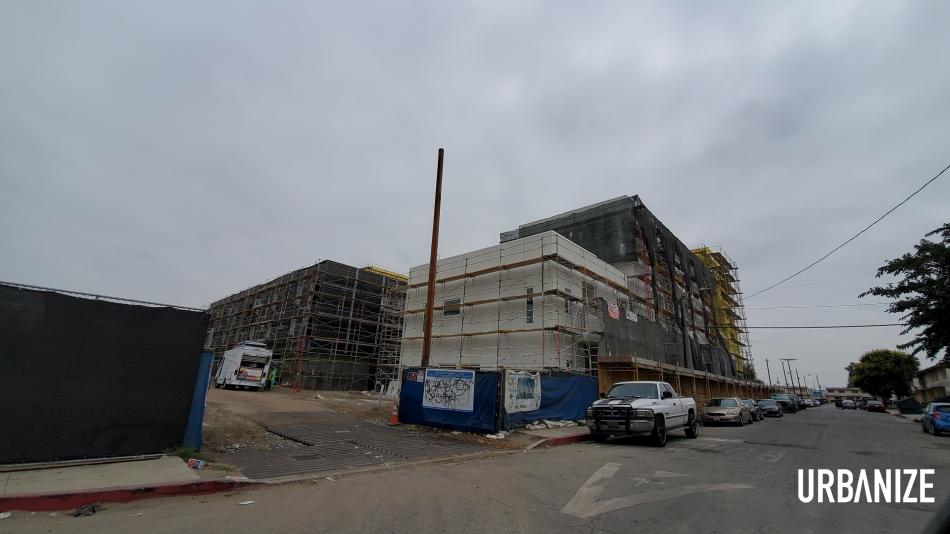 Jordan Downs, built to house factory workers during World War II, was transformed into public housing during the 1950s.  The City of Los Angeles is roughly halfway through implementing a 10-year master plan for the complex that will ultimately double the amount of housing at Jordan Downs from 700 units to approximately 1,400, while also adding nine acres of public park space and a new retail center at Century Boulevard and Alameda Street.

The final phase of the project, which is being master planned by KTGY Architecture + Planning, calls for redeveloping the remaining 14 acres of Jordan Downs into 500 affordable rental units and 75 for-sale homes. 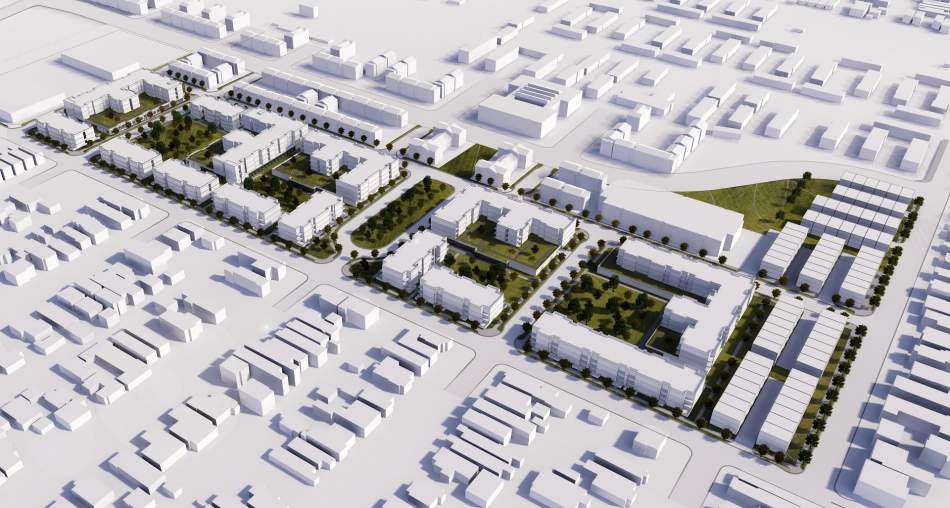