A single-family dwelling in Koreatown dating to the 1920s could make way for a larger multifamily building, per an application submitted recently to the Los Angeles Department of City Planning. 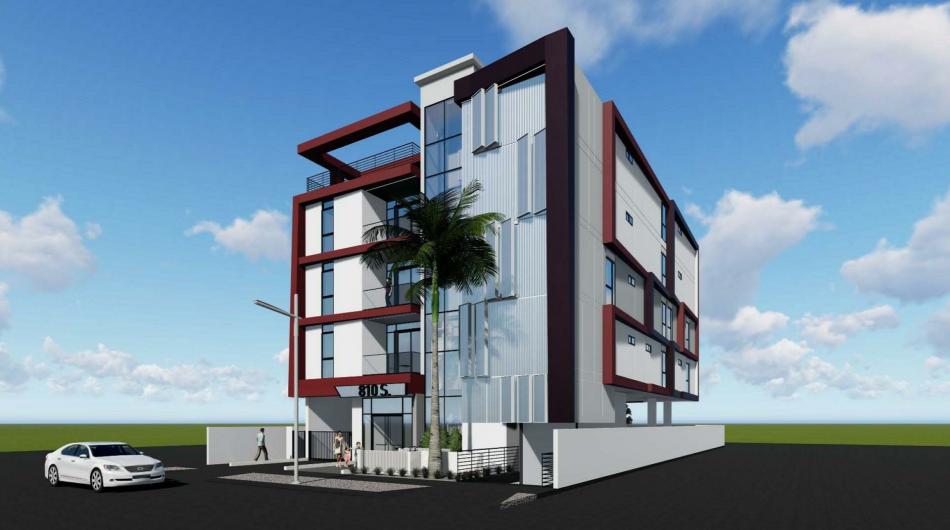 The proposed project, slated for a single parcel at 810 S. Wilton Place, would replace the existing home with a new five-story edifice featuring 17 studio, one-, and two-bedroom apartments above semi-subterranean parking for 17 vehicles.

Requested entitlements for the development include Transit Oriented Communities incentives permitting increased height and density beyond zoning limits.  In exchange for the bonus floor area, three of the proposed apartments would be set aside as deed-restricted very low-income affordable housing.

The Code Solution is designing 810 Wilton, which is depicted as a contemporary podium-type building with a small rooftop amenity deck.

City records list the owner and developer of the proposed apartment building as 810 Wilton Development Partners, LLC, which is based out of the same address as The Code Solution.

The project site sits a few blocks south of the intersection of Wilton Place and Wilshire Boulevard, where the curving Nova apartments made their debut earlier this year.  One block east, a $25-million co-living development is planned at the intersection of 8th Street and Gramercy Drive.