A year after a stretch of commercial buildings bit the dust on Sunset Boulevard in Hollywood (including the former home of Meltdown Comics), a pair of multifamily residential developments from Greystar  is now rising in their place. 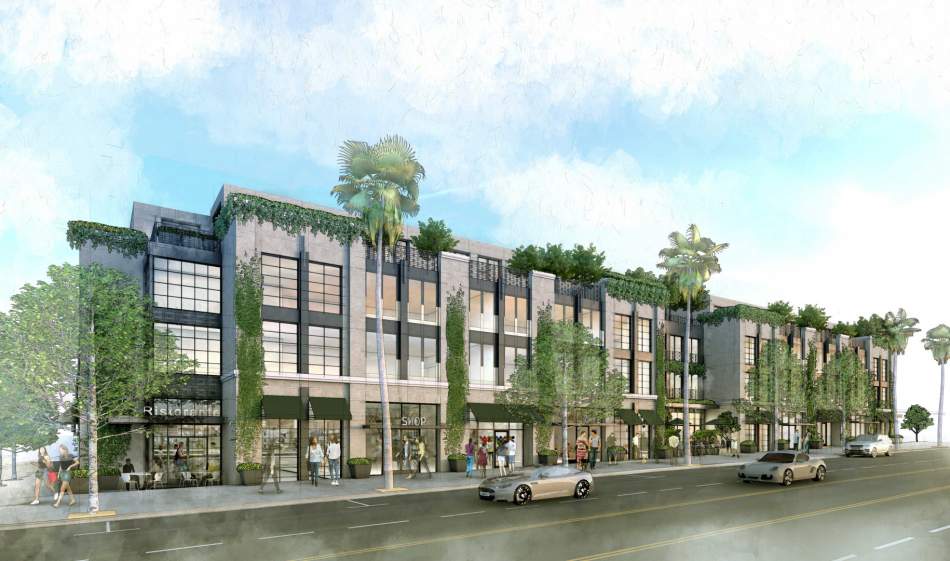 The Sunset Lofts and Sunset Regency Residences - located at 7500 and 7550 Sunset Boulevard - will feature a combined total of 200 apartments - including 20 units reserved as deed-restricted very low-income housing - atop ground-floor commercial space and subsurface parking.

City records indicate that Steinberg Hart is serving as the architect both buildings, taking over from KFA Architecture, which led the entitlement design. Renderings depict the finished products as a pair of five-story structures.

A portion of the project footprint - the triangular eastern site - is a vestige of a Pacific Electric Railway streetcar which once cut a diagonal swath through this area of Hollywood.  The abutting intersection of Sunset Boulevard and Gardner Street was once the site of a junction between the Red Car system's Hollywood Line and Laurel Canyon Shuttle. 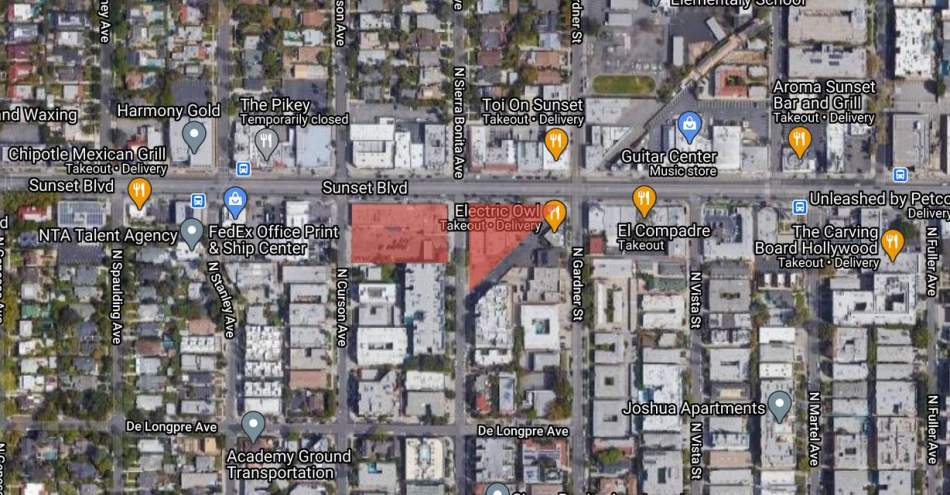 While Greystar may deliver 7500 Sunset, the project was entitled by Faring, a real estate firm headquartered in neighboring West Hollywood that is also developing mixed-use and commercial developments such as a proposed hotel at the site of the historic Factory nightclub and a new office building that will rise next to the historic French Market.