A small surface parking lot located just north of Wilshire Boulevard in Koreatown is slated for redevelopment with a mixed-use, high-rise complex, per an application submitted to the Los Angeles Department of City Planning. 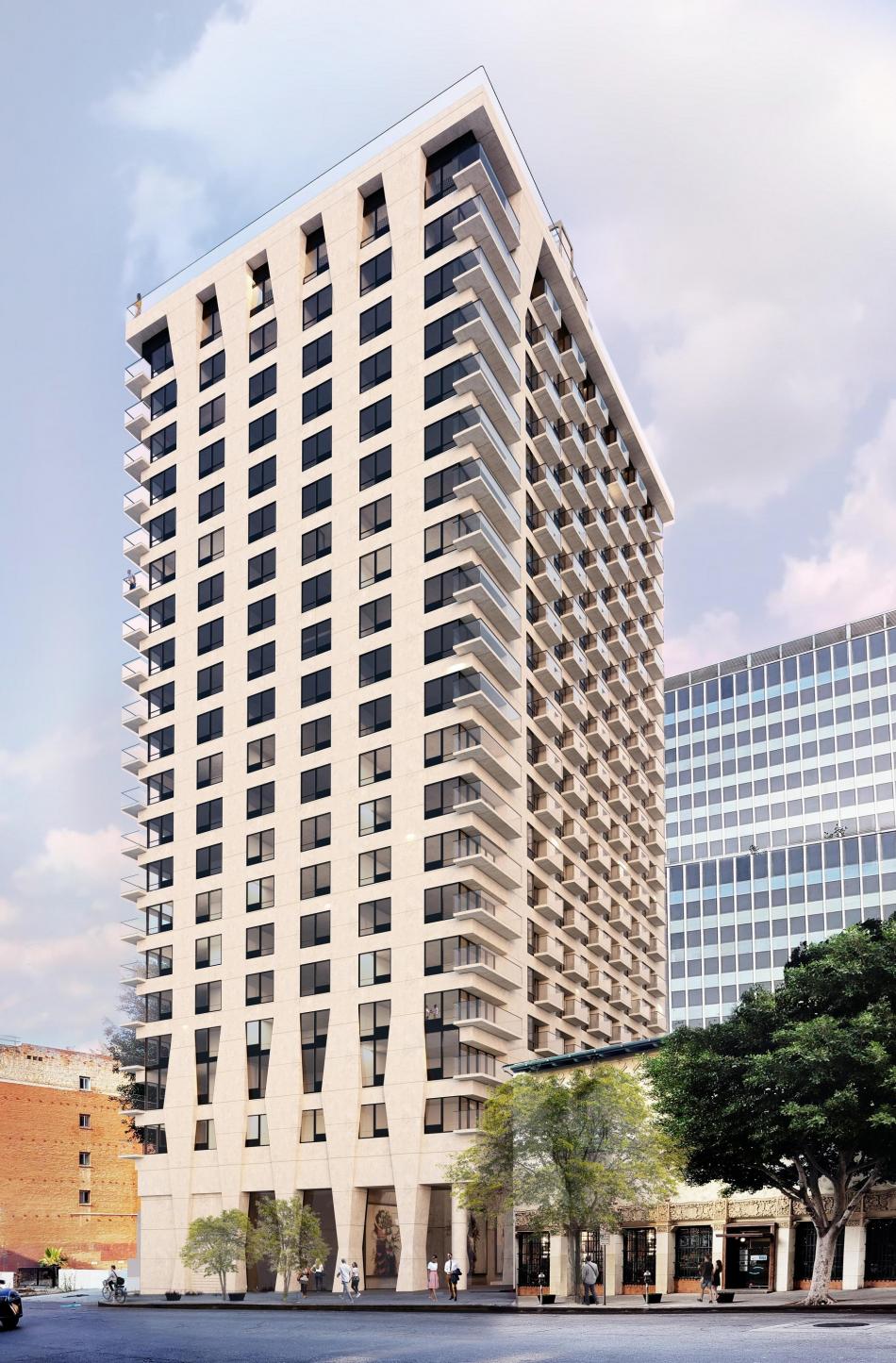 The proposed project, which would rise at 636-646 S. Berendo Street, would consist of a new 22-story edifice featuring 343 studio and one-bedroom apartments above a two-level, 45-car subterranean parking garage. According to the application, the studio units would average 380 square feet in size, while the one-bedroom units would range between 585 and 885 square feet in size.

Project applicant Berendo, Inc., managed by Wayne R. Johnson, is requesting the approval of Transit Oriented Communities development incentives for the project, permitting greater density and floor area than allowed by zoning rules, while also allowing for reduced open space, setbacks, and parking. In exchange, 38 of the new apartments would be reserved for rent as affordable housing at the extremely low-income level.

HansonLA is designing the tower, which architectural plans indicated would rise to a maximum height of 265 feet above street level. 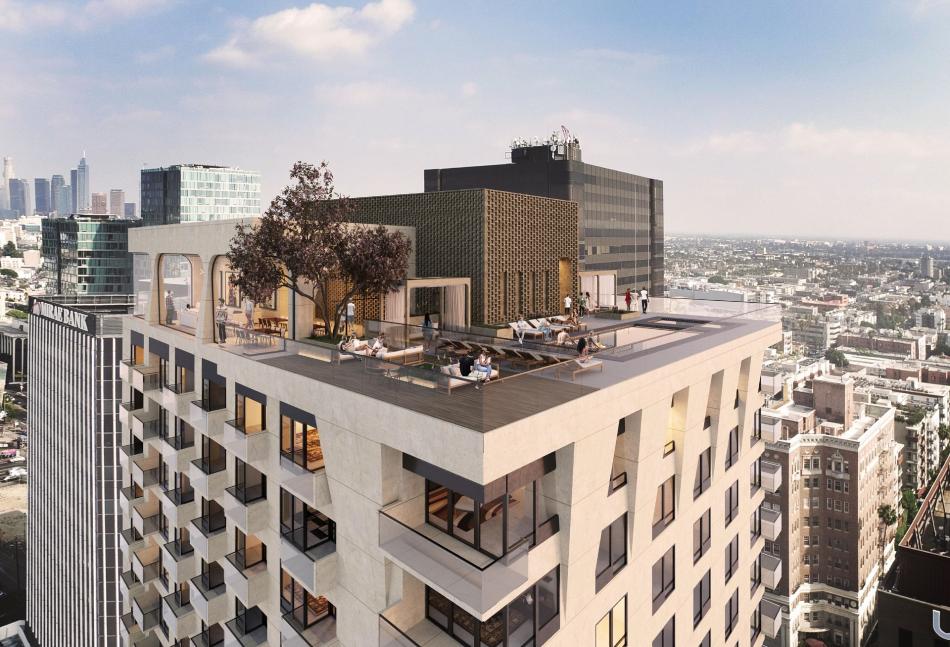 "The rhythmic articulation of the facades is appropriately scaled to create a pattern over the facade that doesn’t become too transparent in respect to the surrounding context," reads an architectural narrative. The building fenestration is primarily designed with corner windows at the residential units to create depth across the north and south facades while maximizing the interior views out to the Los Angeles skyline and Hollywood Hills"

The tower, in addition to housing, will include a 7,210-square-foot rooftop deck, as well as a fitness center, a library, a business center, and a lounge in its interior. Plans also call for retaining more than 33,000 square feet of existing commercial space in a two-story building to the south of the tower, which is part of the project site, but not intended to undergo changes. 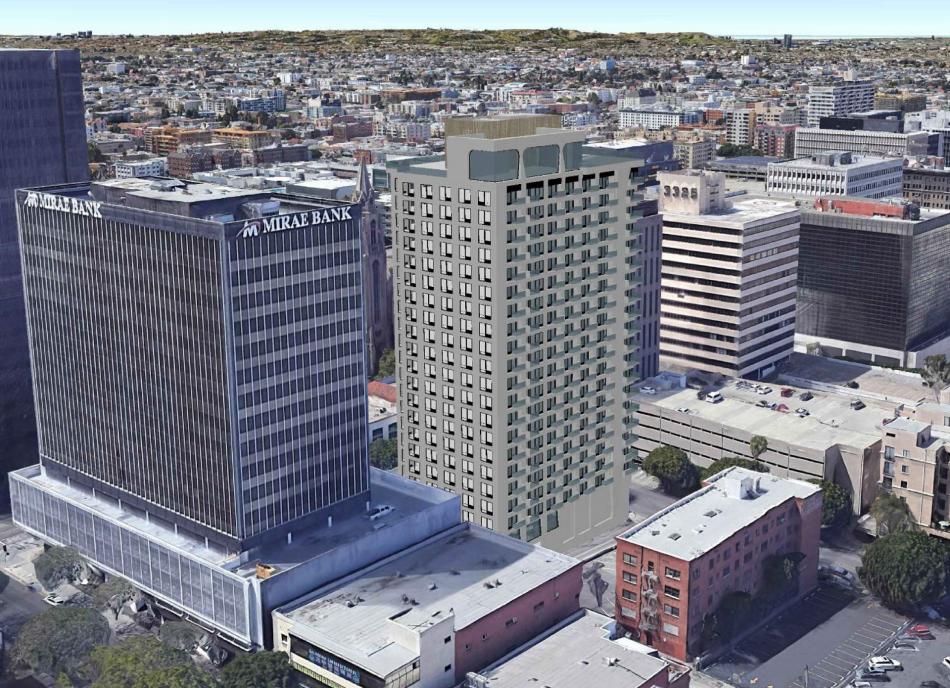