Just over one year after breaking ground at the former site of Temple Community Hospital in Historic Filipinotown, wood framing is now rising for a new apartment complex from Gemdale Corp. 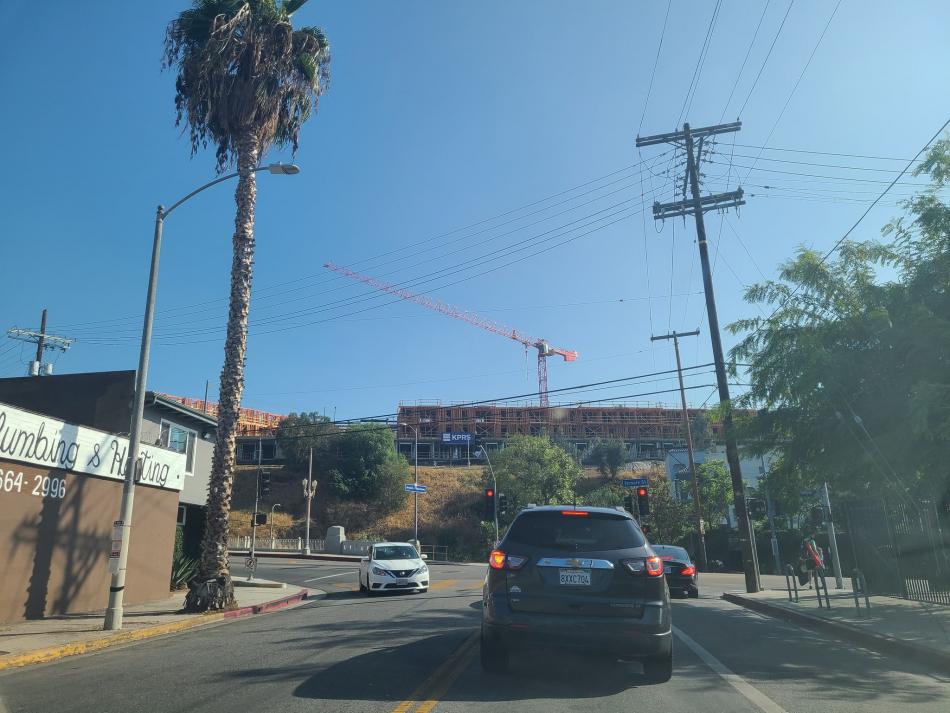 The project, which occupies a hilltop site at 235 N. Hoover Street, will eventually consist of a five-story structure featuring 221 studio, one-, two-, and three-bedroom apartments above parking for 384 vehicles.

Gemdale will be required to set aside 19 of the apartments as affordable housing at the very low-income level. In exchange, the project was permitted to exceed certain zoning limitations placed on the site.

The five-story building is being designed by Carrier Johnson + Culture, which is depicted in renderings as a contemporary podium-type apartment complex. The project takes advantage of its hilltop location with an amenity deck and cantilevered balconies facing northwest.

A Gemdale representative previously indicated that completion of the project is expected in late 2023. The property is named Strata, per a landing page on the developer's website.

Pinnacle 360 is an unexpected byproduct of a state law requiring the structural retrofit of all acute care hospitals for earthquake safety. The estimated $50-million cost of such an undertaking, combined with declining revenues, prompted the hospital's closure in 2014, with the property sold to Gemdale and LaTerra two years later.