In recent works, crews from Jamison have cleared the asphalt parking lot at 626-634 St. Andrews Place, where Los Angeles city officials have approved the construction of new eight-story apartment building. The project, when completed, will include 230 apartments in a mix of studio, one-, and two-bedroom floor plans in a podium-type structure with roughly 800 square feet of retail space located at the ground floor, as well as 133 parking stalls for use by residents and 50 parking stalls for use by the adjoining Wilshire Professional Building. 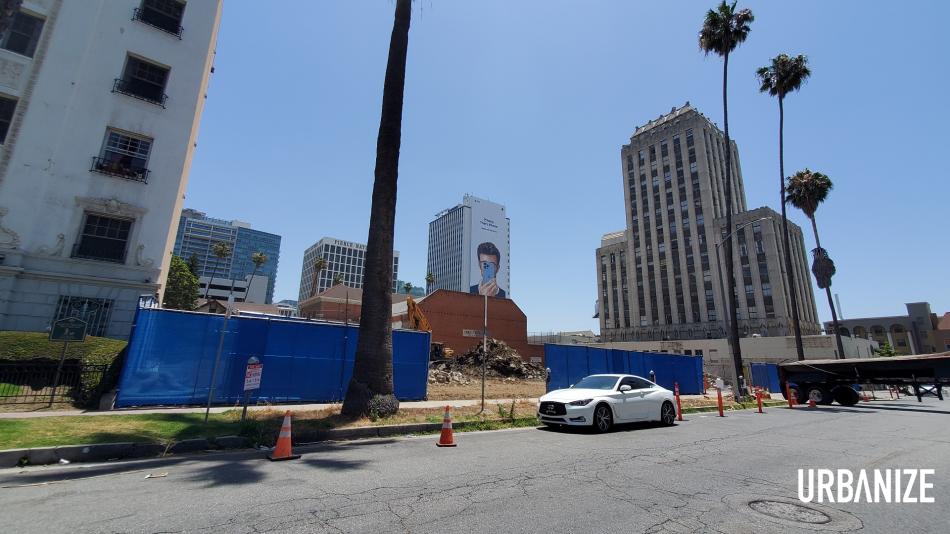 Jamison entitled the site using the Transit Oriented Communities Guideline to permit a larger, denser building than allowed by zoning rules. In exchange, the project would include 23 extremely low-income affordable units.

MVE + Partners is designing the proposed development, which alternatively known as 3875 Wilshire Boulevard, which corresponds to the address of the Wilshire Professional Building. A rendering depicts the finished product as a contemporary podium-type building, clad with stucco and smooth plaster. Planned amenities include co-working space, a fitness center, a screening room, and a courtyard pool deck.

"The building will be built next to a 13-story 1929 historical building," reads a description from the MVE website referencing the Wilshire Professional Building. "The contemporary architecture is meant to provide contrast and therefore highlight the adjacent historic building while complementing it through the use of neutral colors, compatible massing, and some vertical articulation."

According to the Jamison Services website, completion of the apartment complex is expected in June 2024. 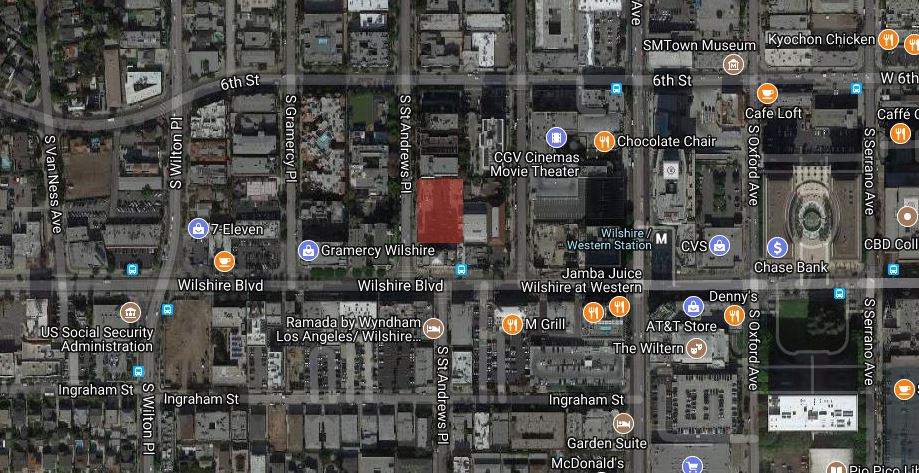 The under-construction project is the third concept considered by Jamison for the property on St. Andrews Place. In 2012, the company had pitched plans for a smaller seven-story apartment building, before later receiving approvals to construct a 16-story tower on the site.

The project is one of numerous Jamison developments now planned or under construction in Koreatown.