Seven months after we last checked in, wood framing has reached its peak at Onni Group's new apartment complex near the intersection of Santa Monica Boulevard and Highland Avenue Hollywood. 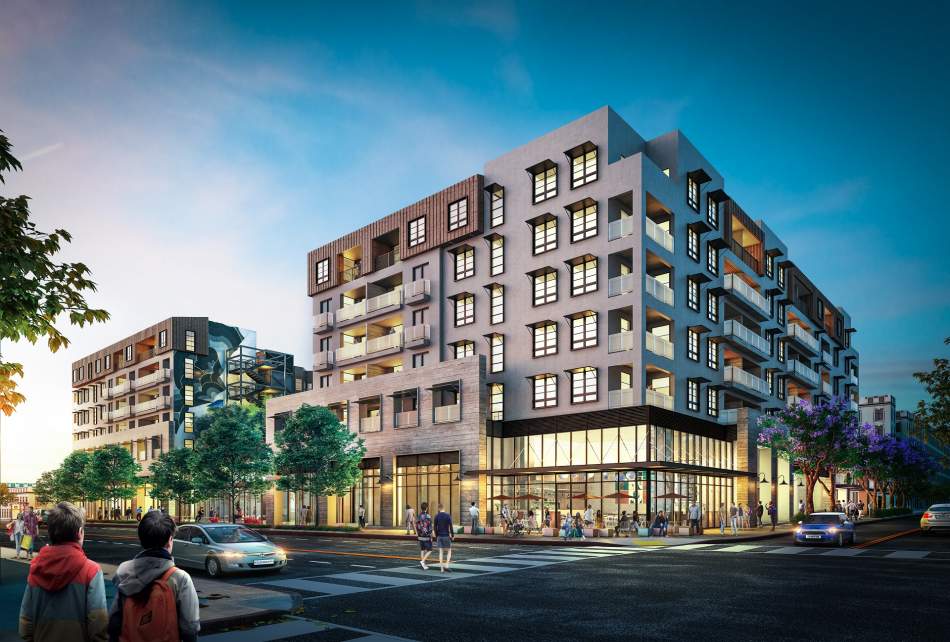 Located on the north side of Santa Monica between Orange Drive and Mansfield Avenue, the project consists of a seven-story edifice which will feature 231 apartments above 15,000 square feet of ground-floor commercial space. Parking for 390 vehicles will be located in subterranean levels below the building.

Entitlements for the project include density bonus incentives to permit a larger building than allowed under zoning rules. In exchange, Onni is required to set aside 15 of the apartments as deed-restricted affordable housing at the very-low-income level.

RC Architecture is designing the podium-type building, which will be clad in a combination of concrete and stucco. Cascading terrace decks oriented toward the rear property line will provide a height transition to the lower-scaled neighborhood to the north, while also creating a series amenity decks and a courtyard swimming pool. 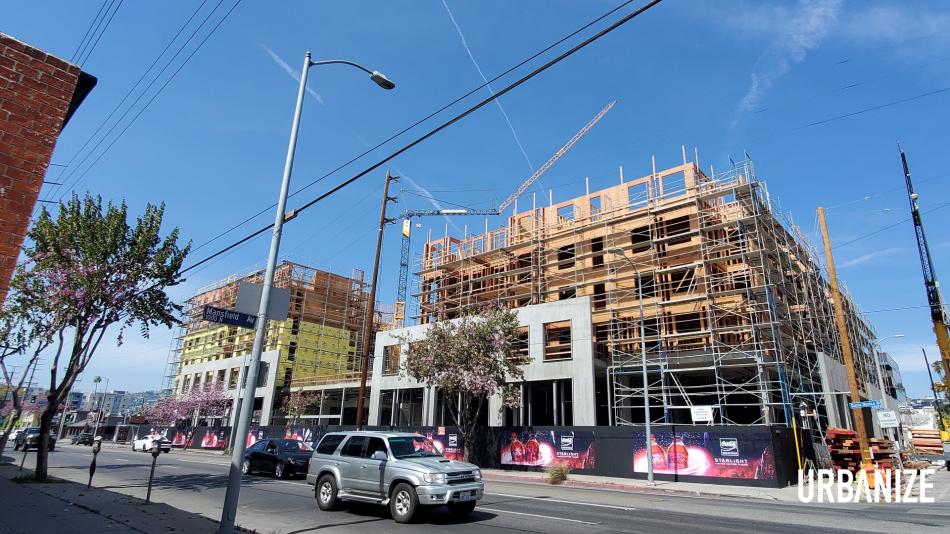 Onni Group, which has built a series of Downtown apartment towers over the past decade, is also behind plans for a 14-story office building at Hollywood and Cahuenga Boulevards and 21-story apartment tower on Vine Street.  The company's portfolio also includes proposed and under-construction developments in Mid-Wilshire, Glendale, and Long Beach.

The project is the latest in mixed-use development to arrive in southwest Hollywood, following the Los Angeles LGBT Center's Anita May Rosenstein Campus, AvalonBay Communities' AVA Hollywood apartments, and an under-construction apartment complex from Massachi located next door on Orange Drive.