A hot pot restaurant and an adjoining parking lot in Westlake could make way for multifamily housing, per a case report published today by the Los Angeles Department of City Planning. 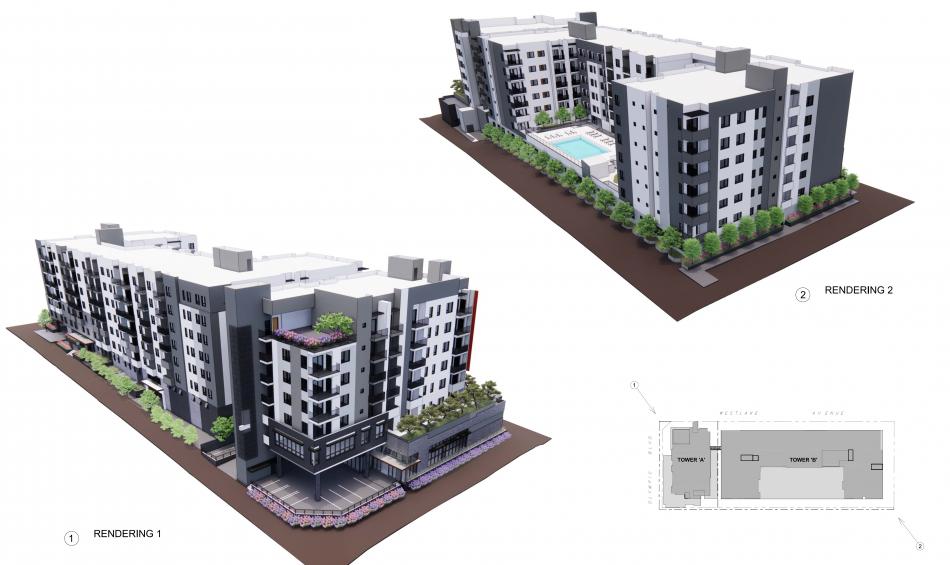 The proposed project, which would rise from a 60,000-square-foot site at the northeast corner of Olympic Boulevard and Westlake Avenue, calls for the construction of two building featuring a total of 238 studio, one-, and two-bedroom apartments on their upper floors, with 9,700 square feet of retail space at the ground level and parking for 204 vehicles located in two below-grade levels.

Property owners and project applicants KT Real Estate, LLC and HL Properties America Corporation have requested the approval of Transit Oriented Communities development incentives, permitting a larger building than allowed by zoning rules. The project would set aside 34 apartments as deed-restricted affordable housing at the very low-income level in exchange for the bonuses.

DGB + Line is designing the project, named Olympic + Westlake for its cross streets, which would rise seven stories in height. The contemporary podium-type apartment complex would incorporate amenities including community rooms, a courtyard pool and garden deck, a gym, and rooftop terraces. 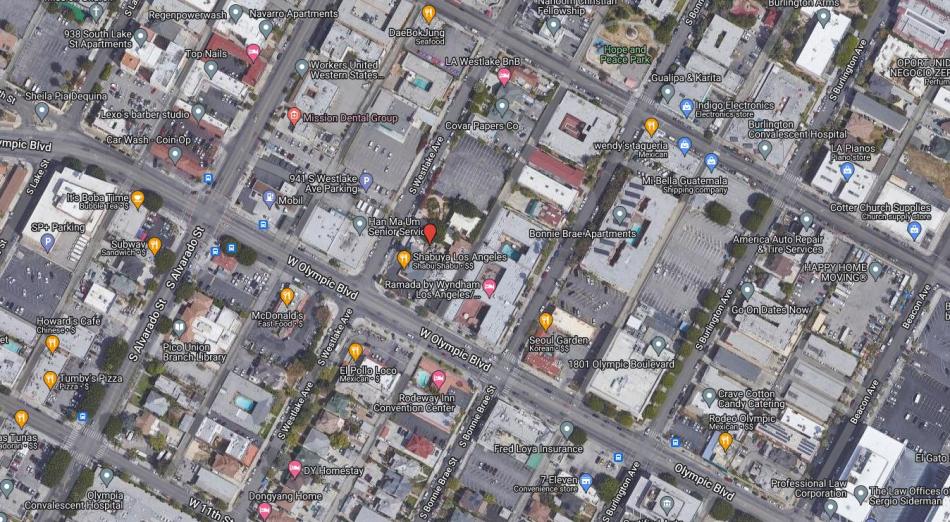 The project site sits a block south of Westlake Avenue's intersection with James M. Wood Boulevard, where a similar low-rise building featuring a 100-room hotel has also been proposed.