In a vote taken last week, the Metro Board of Directors approved a funding agreement with California High Speed Rail Authority for the initial phase of Union Station's $2.3-billion makeover and expansion. 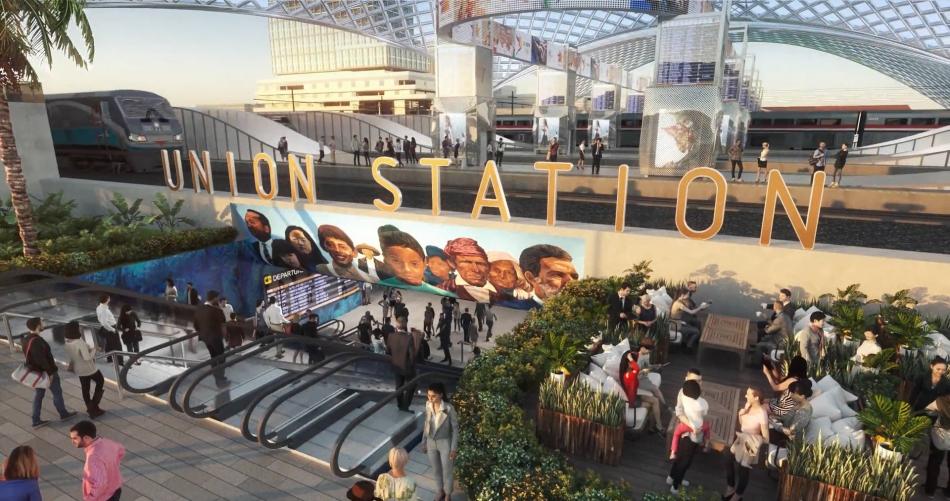 The project, called Link Union Station, expands upon a longtime plan to construct run-through tracks at the southern end of the passenger rail hub, allowing trains to cross over the US-101 freeway. This would eliminate Union Station's historic stub-end layout, which forces all trains to enter and exit through the five-track throat to the north of the station platforms.

The vote by the Board adopts an agreement with the High-Speed Rail Authority for roughly $423.3 million in funding for the first phase of the project, as well as a $297.8 million preconstruction budget. That money, as reported by Streetsblog, will go towards the construction of a new viaduct over the freeway and two initial run-through tracks.

Not included in the initial phase are some of the pricier items in the scope of Link Union Station, including additional run-through tracks, a new passenger concourse, and raising the main platform area to provide clearance above the freeway. 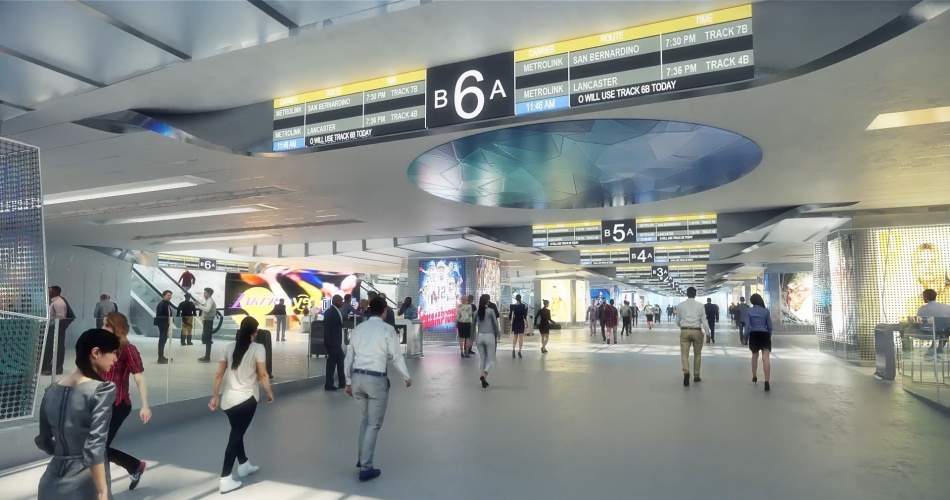 Metro, which purchased Union Station in 2011 for $75 million, has thus far secured roughly $950 million in funding for the station's revamp. Completion of the run-through tracks and other improvements, allowing through routing for Metrolink, Amtrak, and future high-speed rail service, would allow Union Station to serve upwards of 200,000 daily passengers - double the number of people it served prior to the pandemic.

Union Station's master plan will also permit for new commercial developments on the property, and follows more modest investments along its perimeter, including new bus facilities at the station's eastern portal, and a new plaza and multi-use path are planned for its Alameda Street frontage.