One block west of MacArthur Park, the 1970s office tower at 2500 Wilshire Boulevard has a new color scheme, as developer Jamison Services, Inc. continues work on an adaptive reuse project which will transform the property into housing. 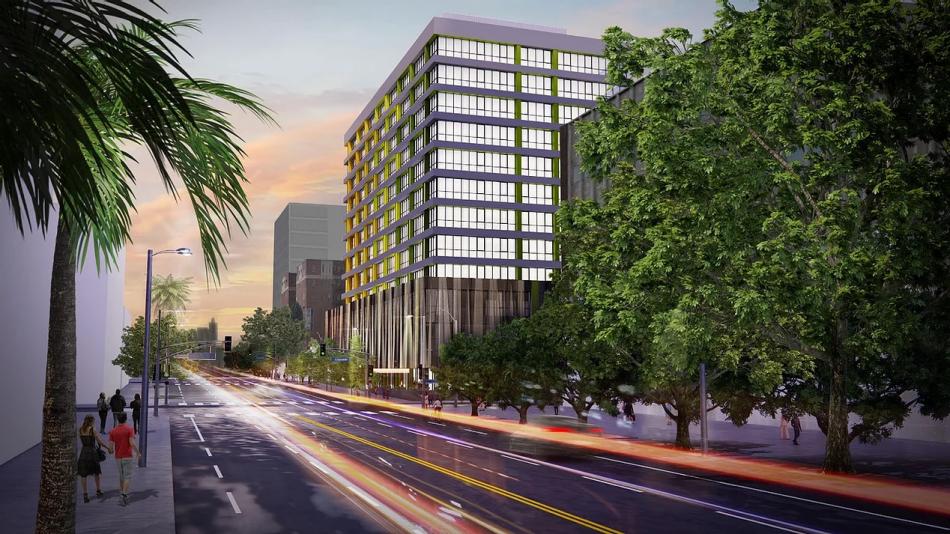 Koreatown-based Jamison started work roughly three years ago on the project, which will convert the upper floors of the 13-story, 240,000-square-foot building in 248 apartments. Plans also call for retaining 12,500 square feet of existing ground-floor commercial space and podium parking.

Corbel Architects is designing the project, according to city records.

According to a project landing page on the Jamison Services website, completion of construction is anticipated in 2022. Upon opening the property will be branded as "Atlas House." 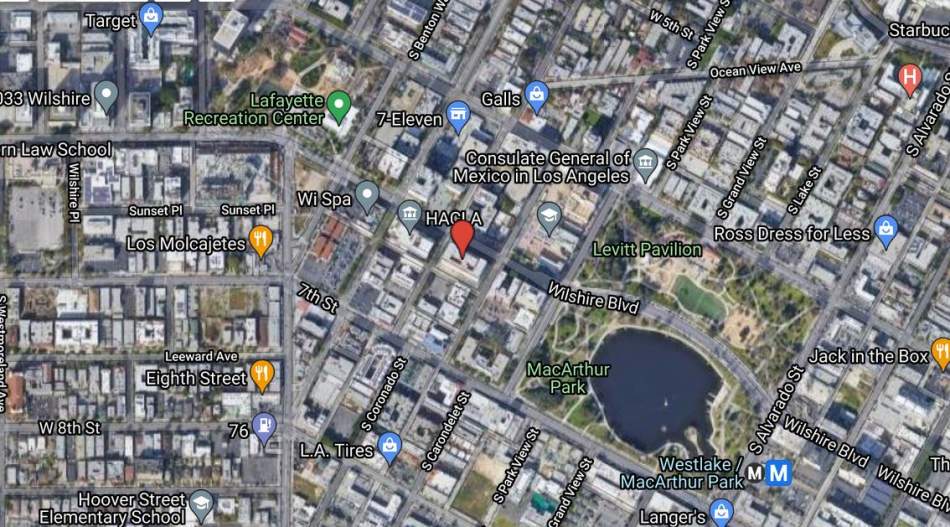 Jamison Services, which has more than 20 projects in development in the Koreatown area, including several other office-to-residential conversions, and is planning to build 122 apartments on the site of a parking lot directly south of 2500 Wilshire.

According to the Historic Los Angeles Wilshire Boulevard Houses blog, the property that is now home to 2500 Wilshire was initially developed with a 15-room home by former Pennsylvania coal miner Nicholas Rice in the early 20th century. Wilshire Boulevard Houses attributes the existing tower to architects Krisel/Shapiro & Associates and Mutual Building & Engineering Corporation, which were among its original tenants upon opening in the early 1970s.