Across the street from the Palladium in Hollywood, the wrapping is off at the site of a new mixed-use development from Hanover Company. 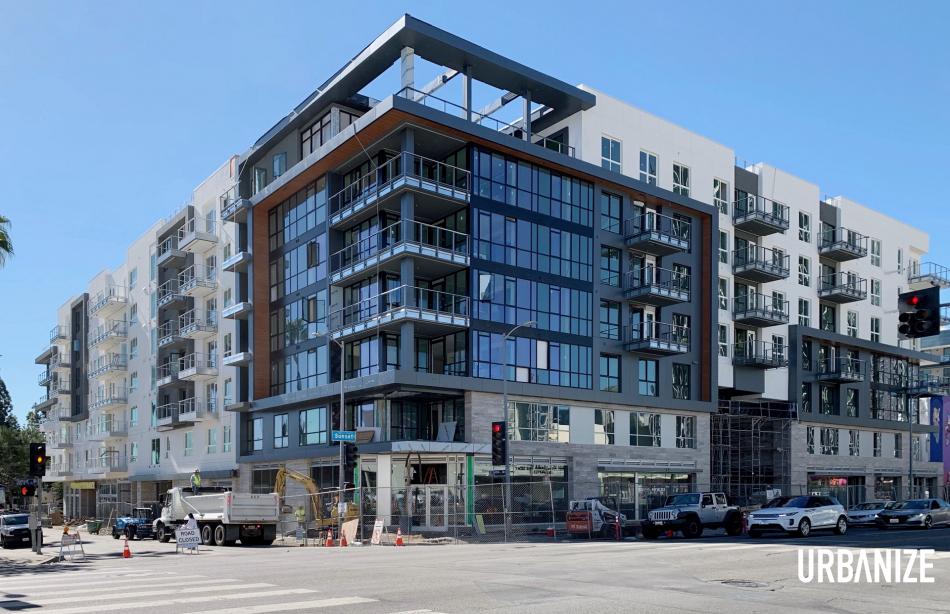 The project, which replaced a car wash and small retail buildings at 6200 Sunset Boulevard, consists of a seven-story structure which will feature 270 studio, one-, and two-bedroom apartments atop 12,000 square feet of ground-floor retail space. Plans also call for 361 parking stalls in a basement garage.

Designed by Steinberg Hart, the podium-type building is clad in a mix of plaster, metal, and stone tile. Approved plans show on-site amenities including courtyards, roof decks, and a fitness center.

The project, named Hanover Hollywood, remains on track to debut in 2022. 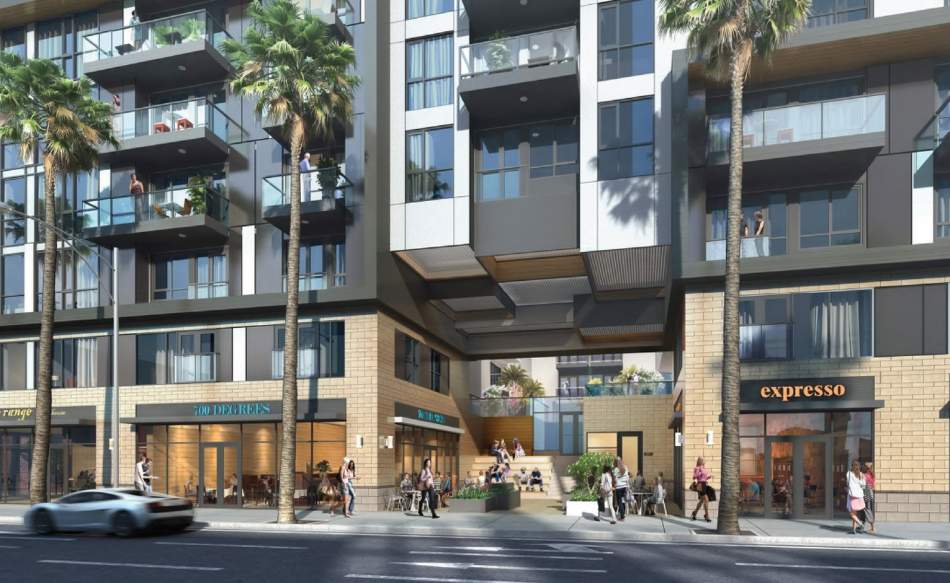 Hanover Company's project is one of a handful of new mixed-use developments neighboring the Earl Carroll Theatre, following a 200-unit apartment complex from Essex Property Trust which was recently completed at 6250 Sunset Boulevard. Sares-Regis group is also planning 153 apartments a short distance west at Sunset's intersection with Vine Street.

Besides housing, a number of large office complexes have been completed along Sunset Boulevard over the past five years, attracting companies such as Netflix and ViacomCBS. A proposed expansion of Sunset Gower Studios is the next such project, slated to rise a block east of Hanover Hollywood.