The new owner of a vacant lot on La Cienega Boulevard that was previously entitled for the construction of a low-rise apartment complex has grander ambitions for the property. 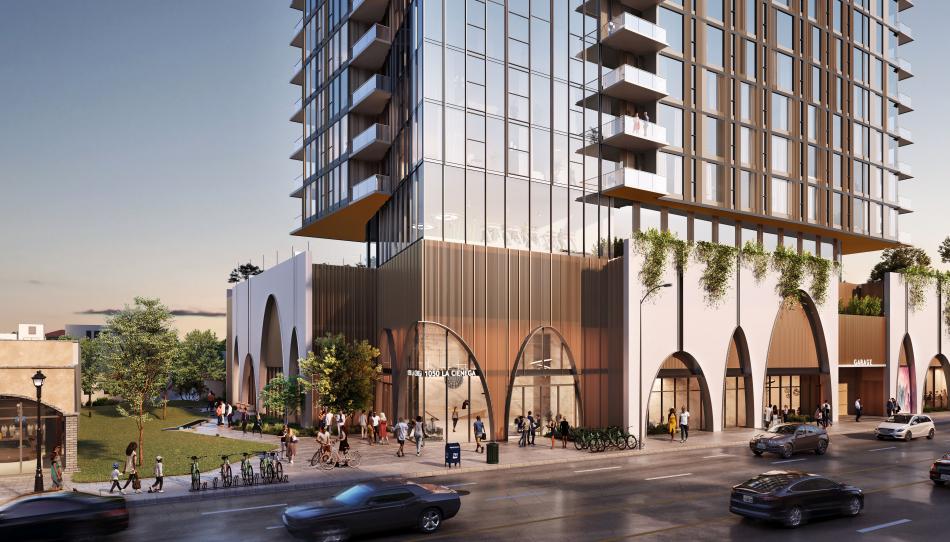 Earlier this year, a permit application was filed with the Los Angeles Department of Building and Safety seeking approvals to develop the empty site located at 1050 S. La Cienega Boulevard with a 28-story, 290-unit apartment tower with approximately 54,000 square feet of open space 7,500 square feet of ground-floor retail. Parking for 426 vehicles would be located in above- and below-grade levels.

According to the permit application, the proposed project will employ Tier 3 Transit Oriented Communities incentives (TOC) permitting a larger structure than otherwise allowed by zoning rules. In exchange, 29 of the new homes - or 10 percent of the project total - would be set aside as deed-restricted affordable housing at the extremely low-income level.

"We are thrilled to be moving forward with plans to transform this long-vacant and underutilized property along La Cienega into a vibrant, mixed-use Transit-Oriented Communities project," said Will Cipes of Carmel Partners in a statement. "Our plans will have many benefits for the community, from helping combat LA’s ongoing housing crisis to revitalizing the neighborhood and creating publicly accessible open space. We look forward to working with our neighbors to create something special."

Solomon Cordwell Buenz is designing the high-rise at 1050 S. La Cienega, according to a representative of the developer.

The proposed project, located just south of Beverly Hills and La Cienega Park, is representative of a tried and true strategy for Carmel Partners, which has made its mark on the Los Angeles skyline by proposing tall buildings in mostly low-slung areas. That includes the West Adams area, where the company has completed work on a 30-story tower as part of the colossal Cumulus District, and 520 Mateo Street in the Arts District, where Carmel is poised to build a 35-story live/work tower that would be the neighborhood's tallest structure. 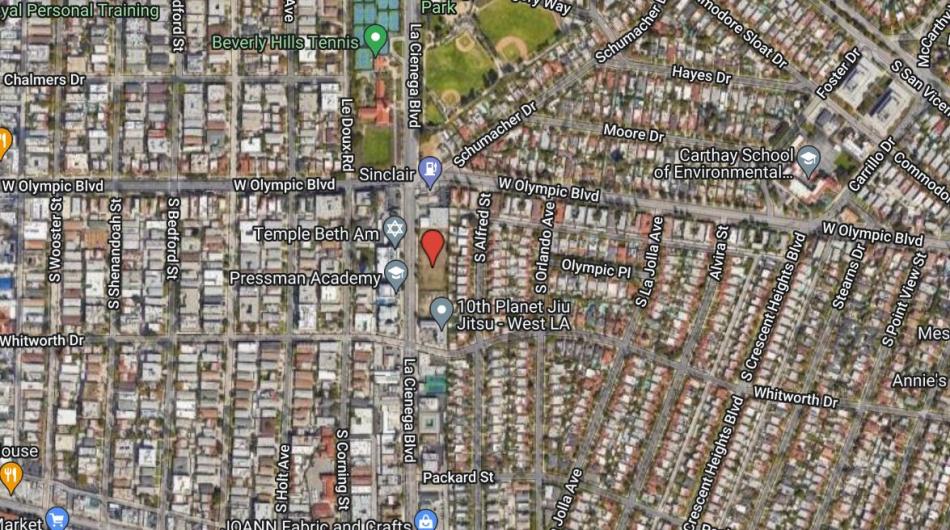 Construction of the Arts District project stalled following the news that a company executive had become enveloped in the City Hall corruption scandal centered on ex-Councilmember Jose Huizar, although work has since resumed.

In addition to towers, Carmel is also pursuing another envelope-pushing development in Sawtelle. Last year, the company took advantage of new zoning rules to file plans for a project which would replace 16 single-family homes with 455 apartments.