In a unanimous vote, the Los Angeles City Council has rejected an appeal seeking to block the redevelopment of an empty lot in Hollywood with apartments, and exempted the project from further review under the California Environmental Quality Act. 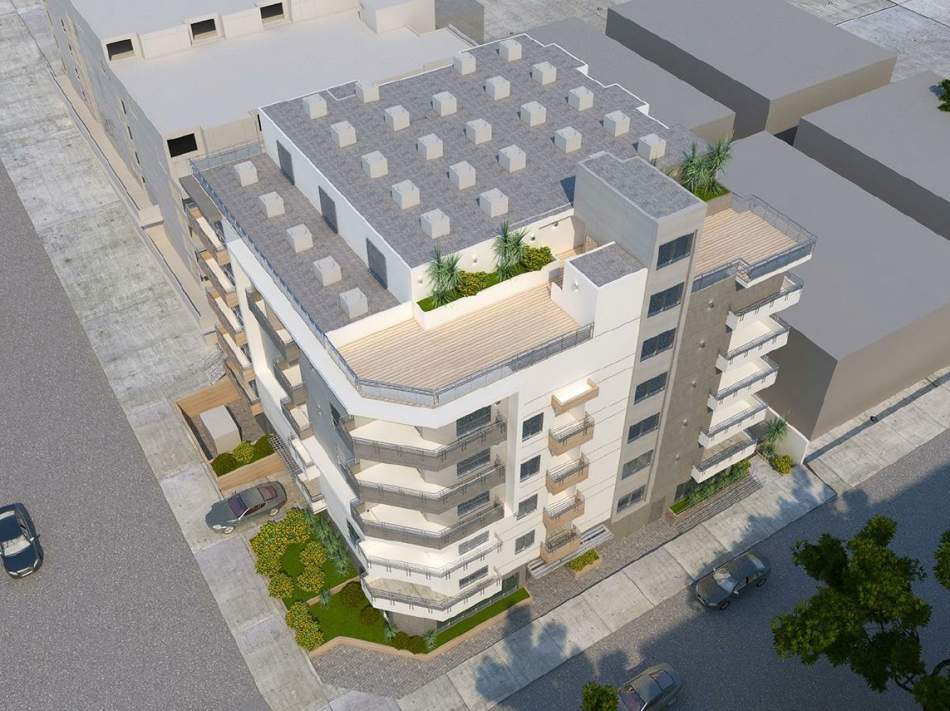 The proposed development, filed with the Planning Department in late 2020, would rise at the northeast corner of Franklin and Whitley Avenues.  Plans call for the construction of a five-story building featuring 28 studio, one-, and two-bedroom apartments above ground-level parking for 13 vehicles.

Project applicant Jacob Rashti, working through the entity Erwin One, LLC,  secured entitlements using Transit Oriented Communities incentives to permit increased height and a reduction to zoning-required setbacks.  In exchange, three of the proposed apartments are to be set aside as deed-restricted extremely low-income affordable housing.

Ketter is designing the proposed development, which is depicted in renderings with a contemporary look and an exterior of painted stucco, wood panels, and tile.

The appellant, a neighboring resident named Susan Guralnik, had argued that the proposed project would worsen traffic congestion, would create noise, and poses risks due to its location in an area at risk of earthquakes and fires. A staff response indicates that the city has issued revised findings and imposed mitigation to account for risks of fire or seismic activity, and dismissed the claims regarding traffic congestion and noise impacts.