Los Angeles County plans to spend $30 million to bring a new bikeway to the stretch of Rosemead Boulevard in the Whittier Narrows Recreation Area, reports the Whittier Daily News.

The proposed project, slated for a 2.6-mile corridor between Gallatin Road in Pico Boulevard and Rush Street in unincorporated South El Monte, would bring protected bike lanes to both sides of Rosemead Boulevard.  Construction costs include pavement reconstruction, as well as reconfiguring an interchange between Rosemead and the 60 Freeway. 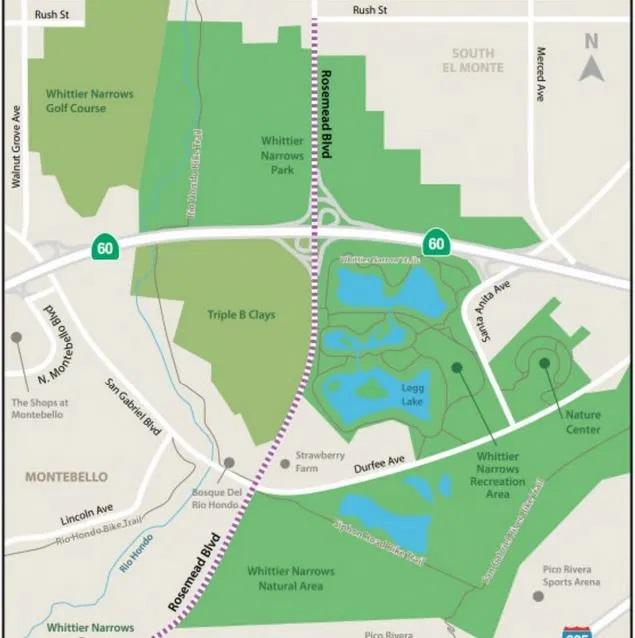 Traffic volumes on the segment of Rosemead slated for bike lanes range from 30,000 to 47,000 vehicles per day, according to the Daily News.  Cyclists would be protected from motorists through the addition of a raised island or flexible bollards.

The County hopes to break ground on the project in early 2025 and complete work by 2026.

However, that timeline is contingent on securing funding - the bulk of which remains identified.  To date, a $1 million grant for design and environmental clearance has been secured through the state’s Active Transportation Program, while an additional $1.5 million could be gleaned through new federal legislation.