Just over two-and-a-half years after breaking ground across the street from Lafayette Park, developers Hankey Capital and Jamison Services, Inc. have started welcoming the first residents at Kurve on Wilshire, a new residential tower on the eastern perimeter of Koreatown. 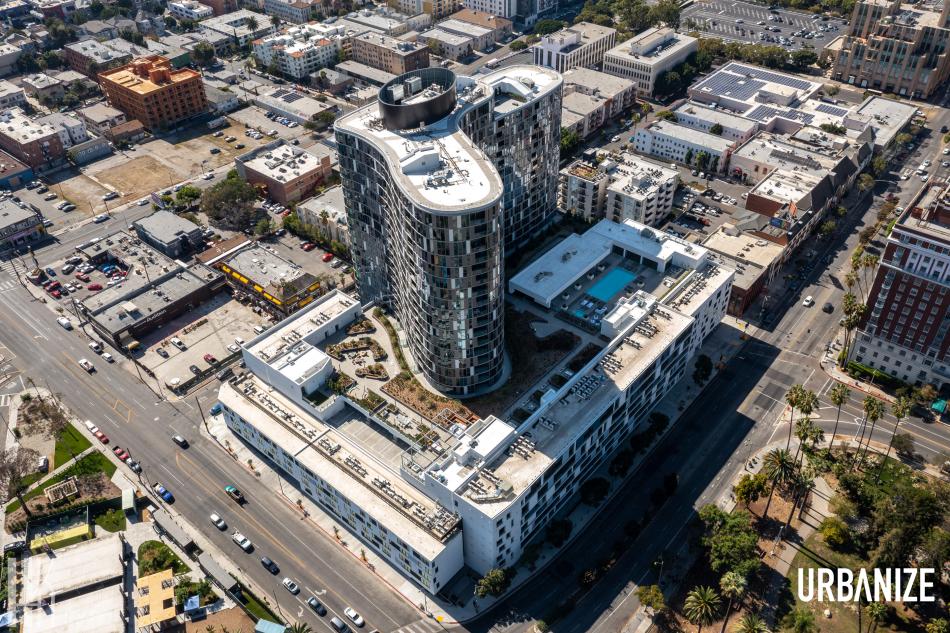 Located at 2900 Wilshire Boulevard, the 23-story building features 644 rental units, in addition to a 1,100-car garage and 15,000 square feet of ground-floor retail and restaurant space.

Per a news release, the apartments range from studio units to three-bedroom, two-story penthouses that each include a private roof deck and a spa. Rents start at $2,400 per month for a studio and range as high as $31,000 per month for penthouse.

The project team - which included LARGE Architecture, Dianna Wong Architecture + Interior Design, AECOM, Wilshire Construction - built a tower with a tiered roofline and an undulating footprint, deliberately engineered to avoid casting shadows on the neighboring park.  Another unique feature is the use of wood-frame construction along the perimeter of the garage, masking above-grade parking from view. 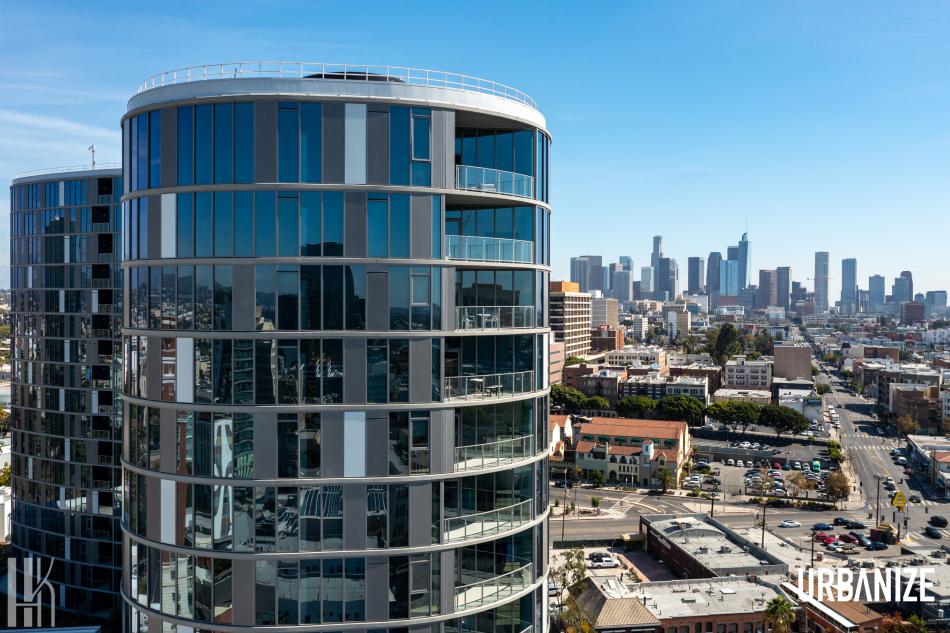 The large podium is capped by a one-acre amenity deck, which features a pool, a spa, an outdoor theater, grills, and a dog run.

Kurve is the second partnership between Hankey and Jamison Services, following the  two-tower Circa development which opened near Staples Center in 2018. The two companies recently broke ground on a 490-unit apartment complex across the street from Metro's Vermont/Beverly Station.