An agreement struck between Glendale officials and two non-profit developers is expected to result in the construction of the largest affordable housing complex in the city's history. 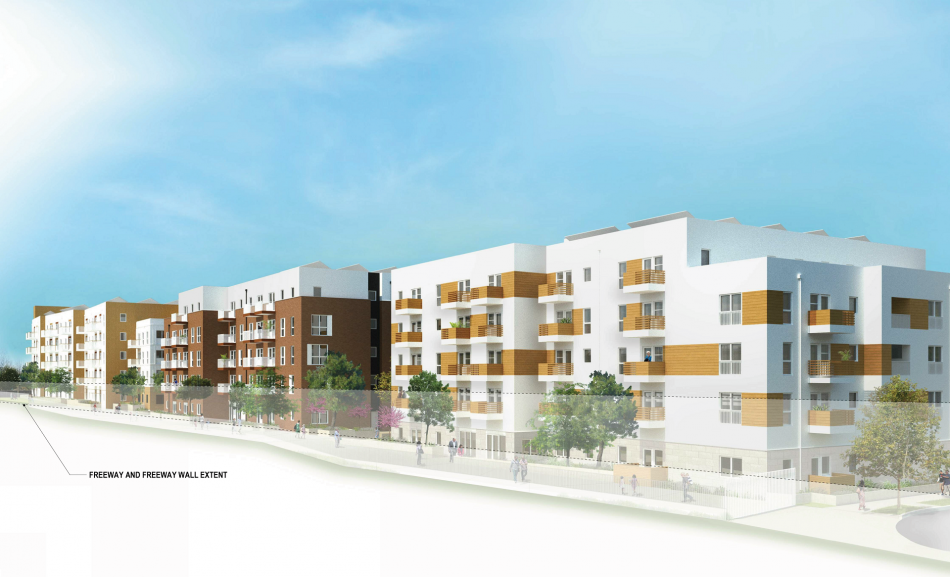 At a joint meeting on August 10, the Glendale City Council and the Glendale Housing Authority authorized a loan commitment and lease option with developers LINC Housing Corp. and National CORE for a property at city-owned site at 515 Pioneer Boulevard.  The 2.8-acre site, which Glendale acquired from AT&T in 2019, is slated to be redeveloped with a nearly 300,000-square-foot project consisting of 340 units of deed-restricted affordable housing above a two-level, 342-car subterranean parking garage.

With the exception of three manager's units, the apartments would be reserved for qualifying households at the low-, very low-, and extremely low-income levels, including families and seniors.  That translates to individuals earning between $24,850 and $66,250 per year, with monthly rents expected to range from $363 to $2,036 per month after discounting utilities.

KFA Architecture is designing the proposed apartment complex, revealed in a presentation given in September to the Glendale Design Review Board, which would consist of three five-story buildings clad in stucco, fiber cement panels, and thin brick veneer.  Plans calls for more than 30,000 square feet of open space across the new buildings, including courtyards, community gardens, rooftop decks, and children's play areas.  Additionally, the project is expected to include the conversion of an existing cul-de-sac on Kenilworth Avenue into a pedestrian paseo.  That new open space would be accompanied by improvements to an existing tunnel beneath the SR-134 freeway leading to Fremont Park, where the developers would build a new plaza. 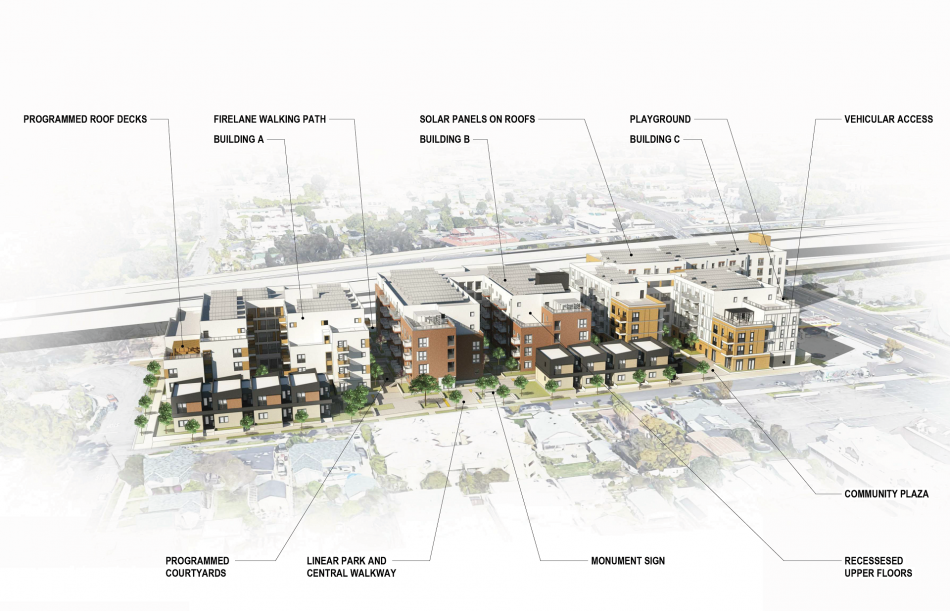 LINC and National Core expect to finance through a variety of state and local sources, including a roughly $22-million contribution from the City of Glendale (inclusive of a $12.4-million land loan), $74.4 million in tax credit equity, and $35 million in multifamily housing revenue bonds.  The total estimated cost of the development is $143 million, translating to a per-unit price tag of just over $421,000.

Under the agreement between the city and the developers, construction of the apartment complex could commence as early as next year, with a completion date targeted for Summer 2024.

The project site is one of two large properties acquired by the City of Glendale in 2019 to preserve them for affordable housing development.  The other, located at 900-920 Broadway, is expected to be developed with 92 income-restricted apartments. 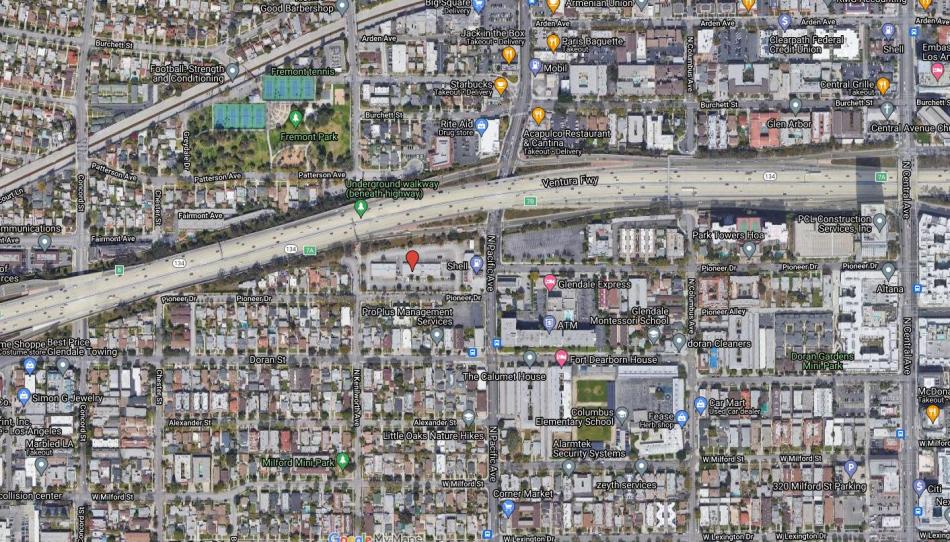 LINC and National CORE frequently team up for developments in the Los Angeles region, including projects now under construction in San Pedro and Inglewood.