After nearly one year of construction, wood framing is starting to wrap above-grade parking at Esperanza at Duarte Station, the new multifamily residential complex now taking shape next to the Metro L Line in Duarte. 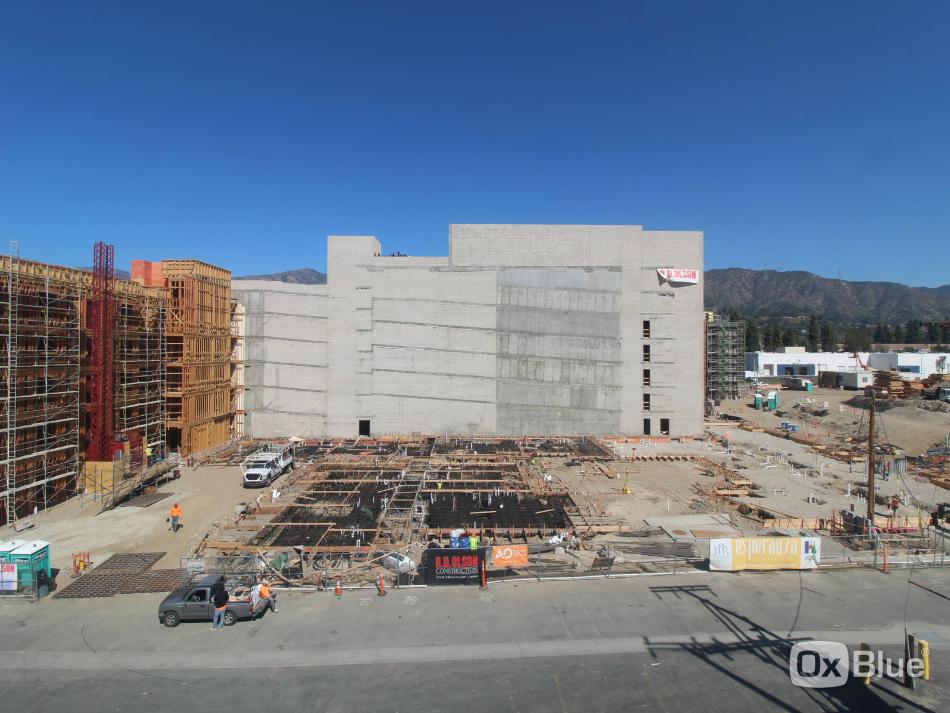 Located on a 4.3-acre property at the intersection of Highland Avenue and Business Center Drive, the project from MBK Rental Living will eventually consist of 344 studio, one-, two-, and three-bedroom apartments.

AO is designing the project, which will include a series of five-story wood-frame buildings, as well as a linear park feeding into pedestrian routes toward the adjacent Metro station. Planned amenities at Esperanza include five ground-level courtyards, a club room, a swimming pool, and a fitness center, according to the website of R.D. Olson Construction.

MBK, a subsidiary of the Japanese conglomerate Mitsui & Co., acquired the project site just over one year ago through a joint venture with Haseko Corporation. Completion of Esperanza was expected to commence in late 2020 and conclude in mid-2023. 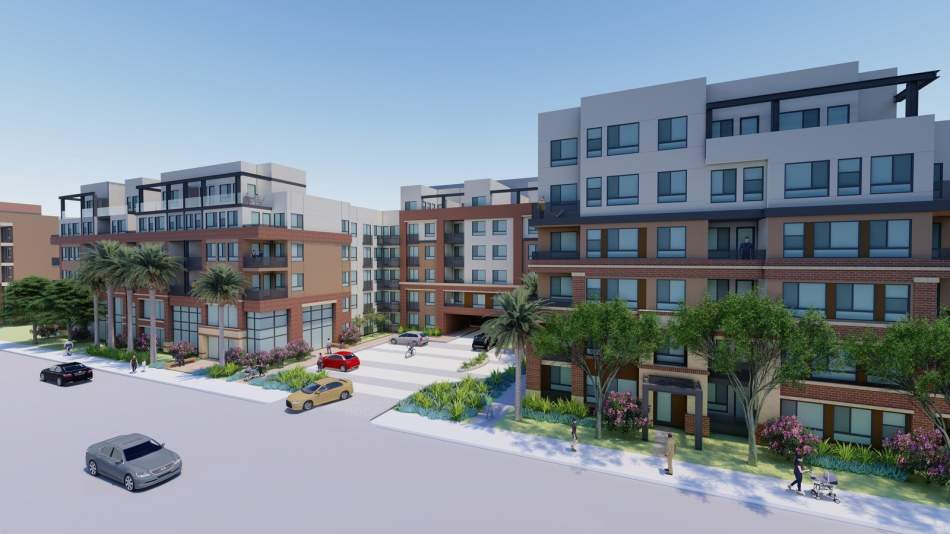 Rendered view of Esperanza at DuarteAO

The development site was entitled as part of a specific plan approved by the City of Duarte in 2019, which will permit the construction of up to 681 apartments on the area located to the north of the station.  At least 62 of those homes would be set aside as family and senior affordable housing through separate project to be built by Irvine-based Jamboree Housing.