More than a year after our last update the exterior of mixed-use building featuring rental apartments and ground-floor retail is largely complete at 3766 S. Motor Avenue in Palms. 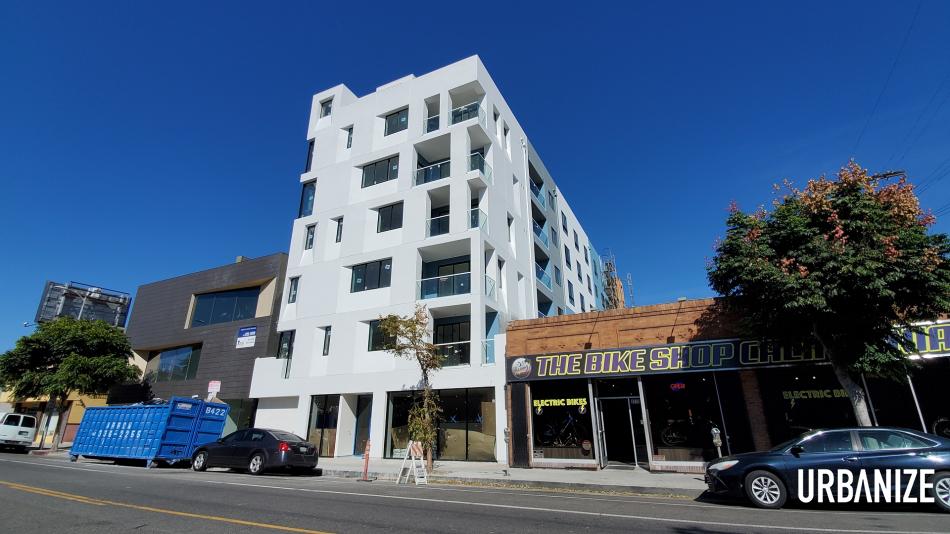 The project, which replaced two smaller residential buildings, consists of a six-story edifice that will feature 36 studio, one-, and two-bedroom apartments above 414 square feet of ground-floor restaurant space and a 27-car garage.

In exchange for Transit Oriented Communities development incentives permitting a larger structure than otherwise permitted by zoning rules, the project will include reserve four of the apartments as deed-restricted affordable housing.

Warren Techentin Architecture is designing the contemporary podium-type building, which features a white stucco exterior and a rooftop amenity deck. 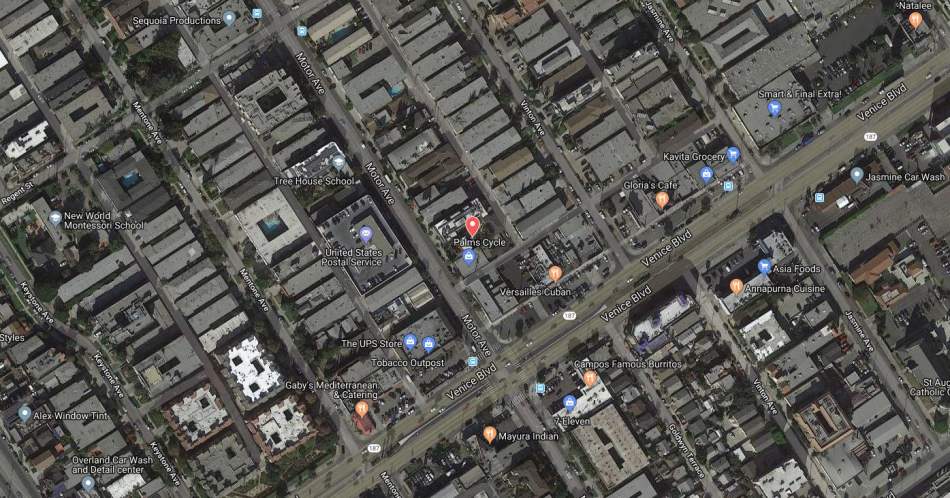 City records link the project to developer and landlord Premier League, Inc., which has built numerous housing complexes with British-inspired names across the Westside.

Nearly a half-dozen similar mixed-use and multi-family residential buildings are in development at nearby sites along Motor Avenue, including a 42-unit complex at Tabor Street and two buildings which recently broke ground at Washington Boulevard.