In a rare move, the City of Malibu has approved plans to redevelop the site of a defunct car wash next to "Billionaire's Beach," with a hotel.

The project, named the Sea View Hotel, is backed by applicant Norm Haynie, who has sought to build on the property at 22729-22741 Pacific Coast Highway since at least 2016.  The approved plan would permit the construction of a 39-room boutique inn, along with a spa, a ground-floor restaurant, and parking for 91 vehicles. 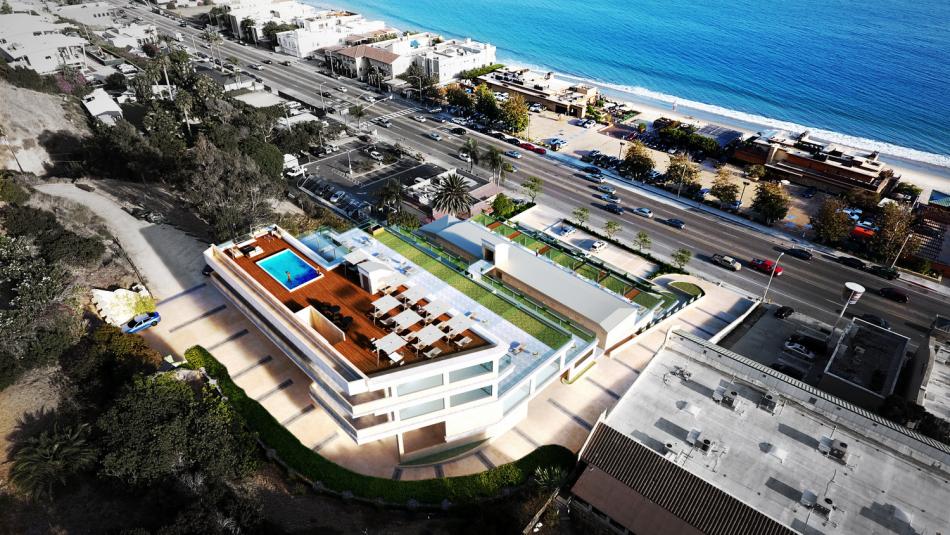 Designed by architect Luis Tena, the Sea View Hotel would require the construction of a new three-story edifice featuring 17 guest rooms.  The remainder of the planned rooms would be located in a repurposed office building to the north.

The proposed hotel adapts to the sloping topography of the project site with stepped building heights that create a terrace effect (and balconies for each guest room).  Plans also call for a communal roof deck above the upper building. 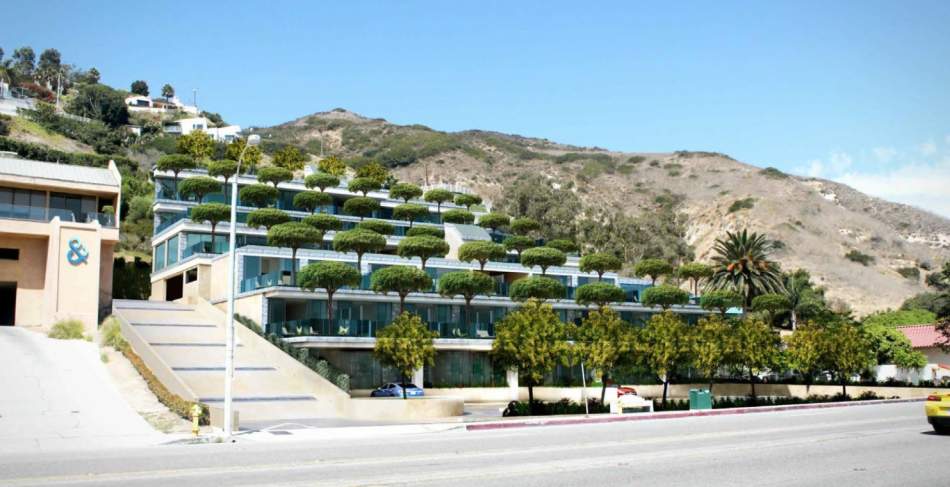 Construction is expected to occur over a roughly 18-month period.

The Malibu Times, describing the Sea View as a "rare success for a developer in Malibu," reports that the deciding factor for the project was the inclusion of a 20-inch check valve that would increase water supply into the city during emergencies.  Nonetheless, Haynie expressed discouragement at other conditions placed on the hotel, including a limit on larger gatherings which the developer indicated may kill interest from potential operators.

Elsewhere in Malibu, other hotels are also returning to action following a pandemic-induced lull.

The owners of the Native Hotel in Point Dume recently announced a partnership with Proper Hospitality, which will rebrand the property as the Hotel June Malibu. Another Hotel June location opened last year just north of Los Angeles International Airport in Westchester.