A 1940s manufacturing building located in Echo Park could be cleared for apartments, according to an application submitted to the Los Angeles Department of City Planning.

The proposed project, which would rise from a property located at the southwest corner of Allesandro Street and Effie Street, calls for the construction of a five-story building featuring 41 one- and two-bedroom apartments above at-grade parking for 35 vehicles.

Requested entitlements include Transit Oriented Communities incentives permitting a larger structure than otherwise allowed under zoning rules. In exchange, four of the apartments would be reserved as extremely low-income affordable housing.

GA Engineering is designing the contemporary low-rise building, which would include a courtyard, a rear yard, and a rooftop amenity deck. 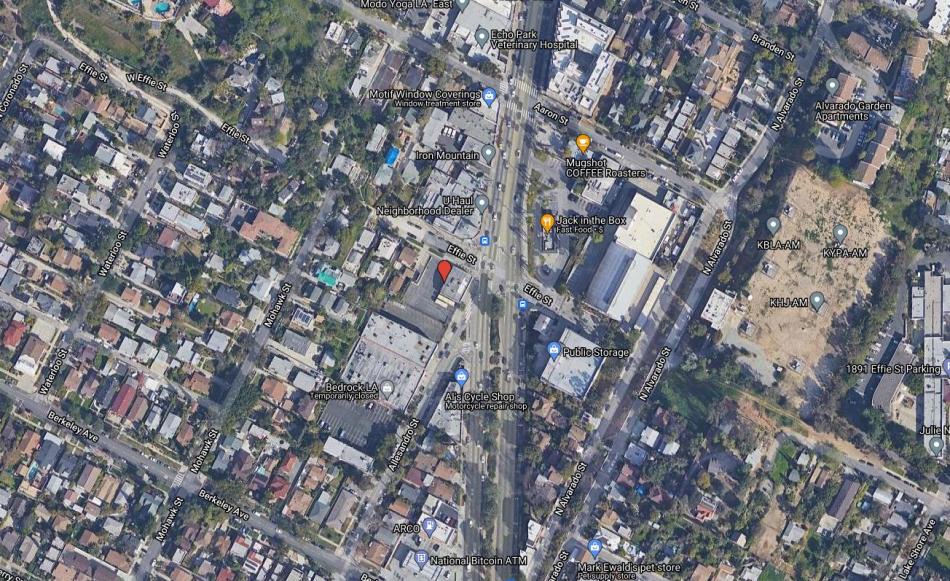 City records list the project applicant as an entity affiliated with West Hollywood-based AJ. Khair Development & Construction, which is also behind a similar project recently built in Silver Lake, as well as new hotels proposed for the Sunset Strip and San Pedro.