In ceremony held earlier this month in Downtown Los Angeles, developer Mitsui Fudosan America and Lendlease marked the completion of vertical construction for a new residential high-rise at the intersection of 8th and Figueroa Streets. 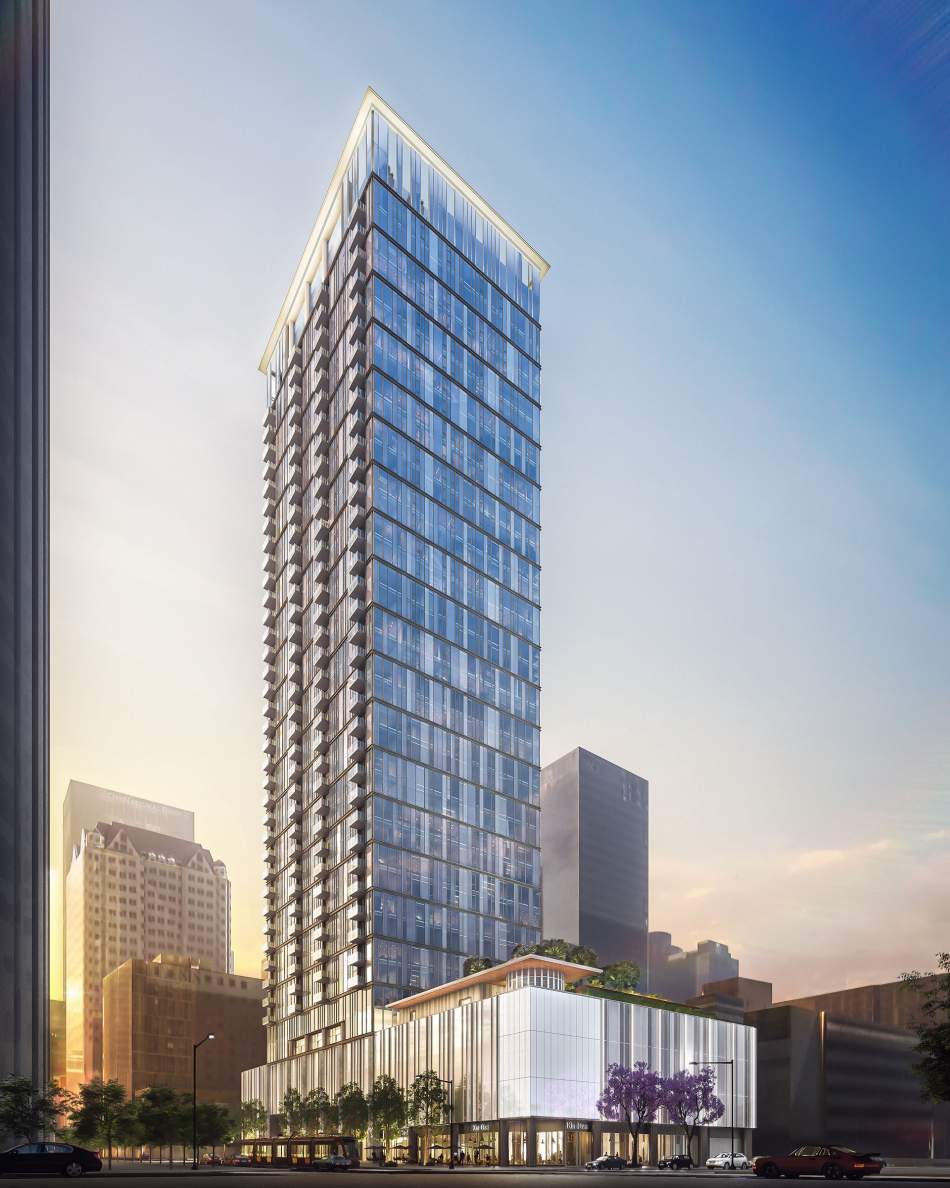 The 42-story tower, which replaced a parking lot at the northeast corner of the intersection, consists of a42-story building that will feature 438 studio, one-, and two-bedroom apartments above podium parking and approximately 7,500 square feet of ground-floor retail space.

Designed by Johnson Fain, glass and steel high-rise stands approximately 530 feet in height. As the result of a condition of approval imposed by the Los Angeles City Planning Commission, above-grade parking which composes the tower's podium is fully wrapped in the same style of glass which adorns the trunk of the building above - a rare feature with new Downtown developments. 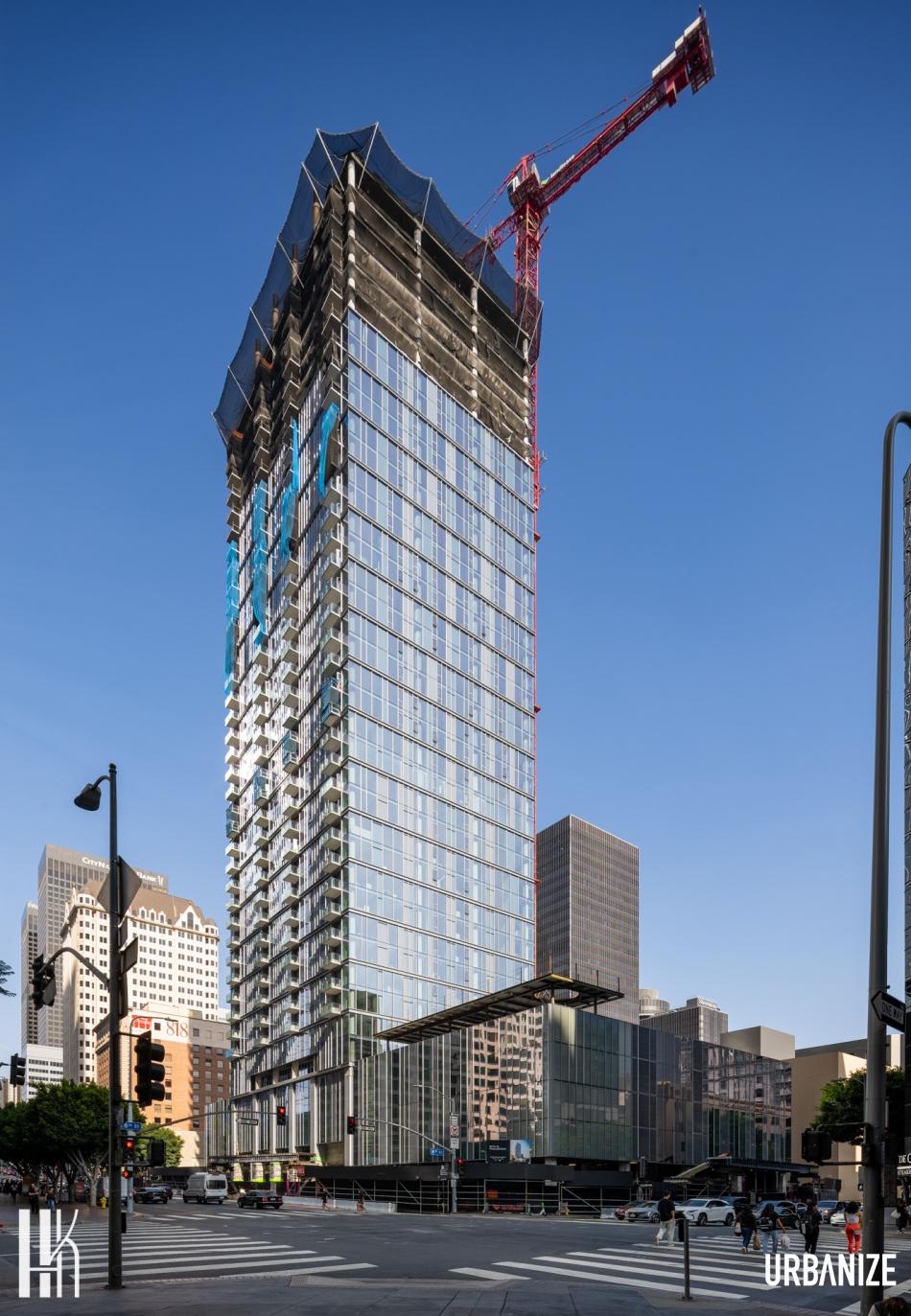 Other components of the project include a swimming pool with cabanas at the podium level, as well as a clubhouse, a lounge, and multiple sky decks.

Other members of the design team include interior design firm Rottet Studio and HKS Architects, which served as architect of record.

The tower, which broke ground in 2020 and is on pace to open in 2023, is expected to create $722 million in regional economic output, according to a study by the Los Angeles Economic Development Council. 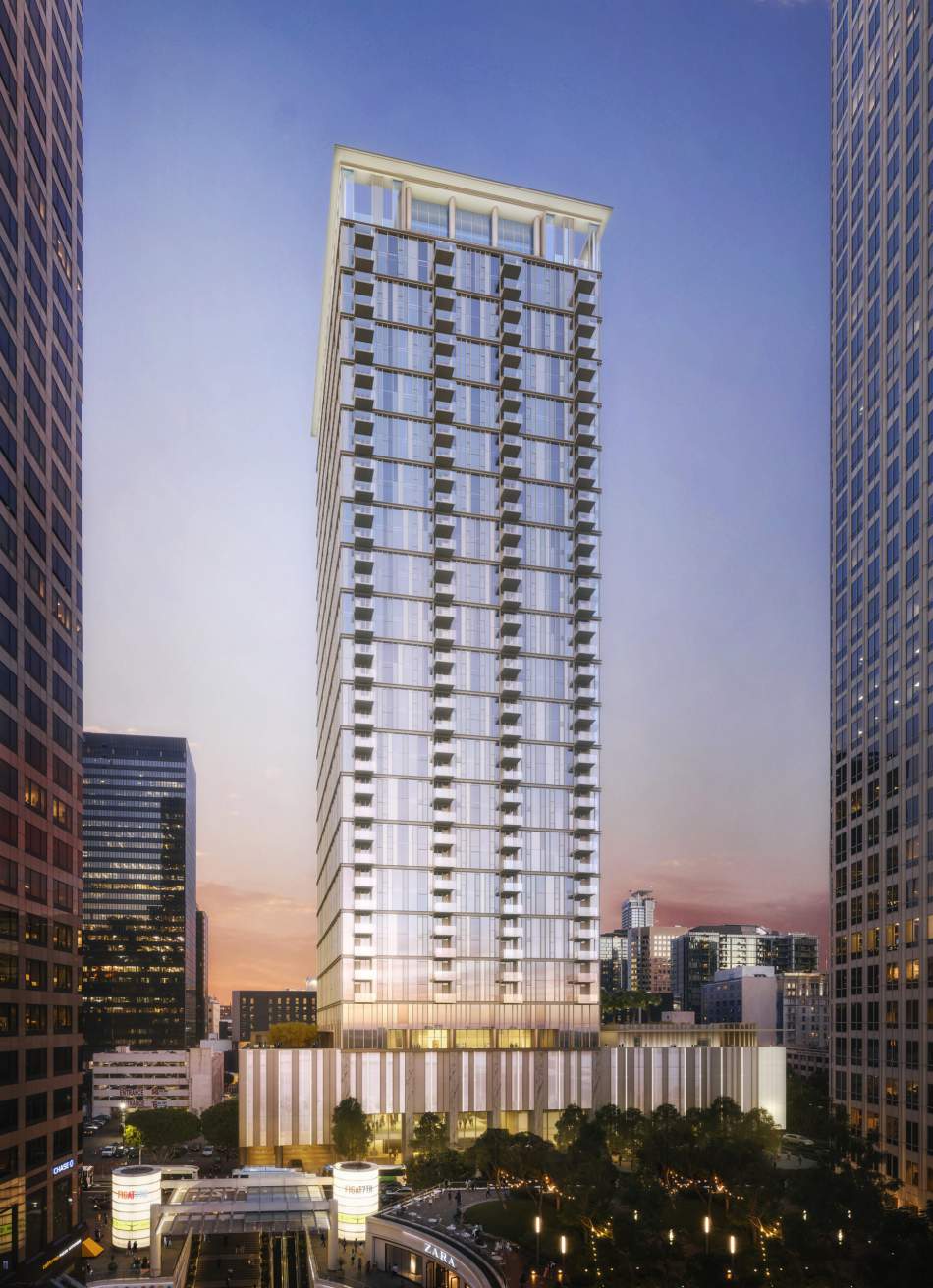 “Topping out 8th & Figueroa marks a significant milestone in Mitsui Fudosan America’s ongoing commitment to Downtown Los Angeles, starting with the development of 601 S. Figueroa in the early 1990s and extending to our plans to create 580 residential homes at 8th & Grand in the coming years,” said Mitsui Fudosan America vice president Stuart Morkun in a statement. “We have had a strong collaboration with our partners, Lendlease, Johnson Fain Architects, HKS Architects and Rottet Studio, to bring this project to life. Having started in the depths of the pandemic, we are extremely grateful for the cooperation and efforts of all the workers, subcontractors and material suppliers that are making the project successful.” 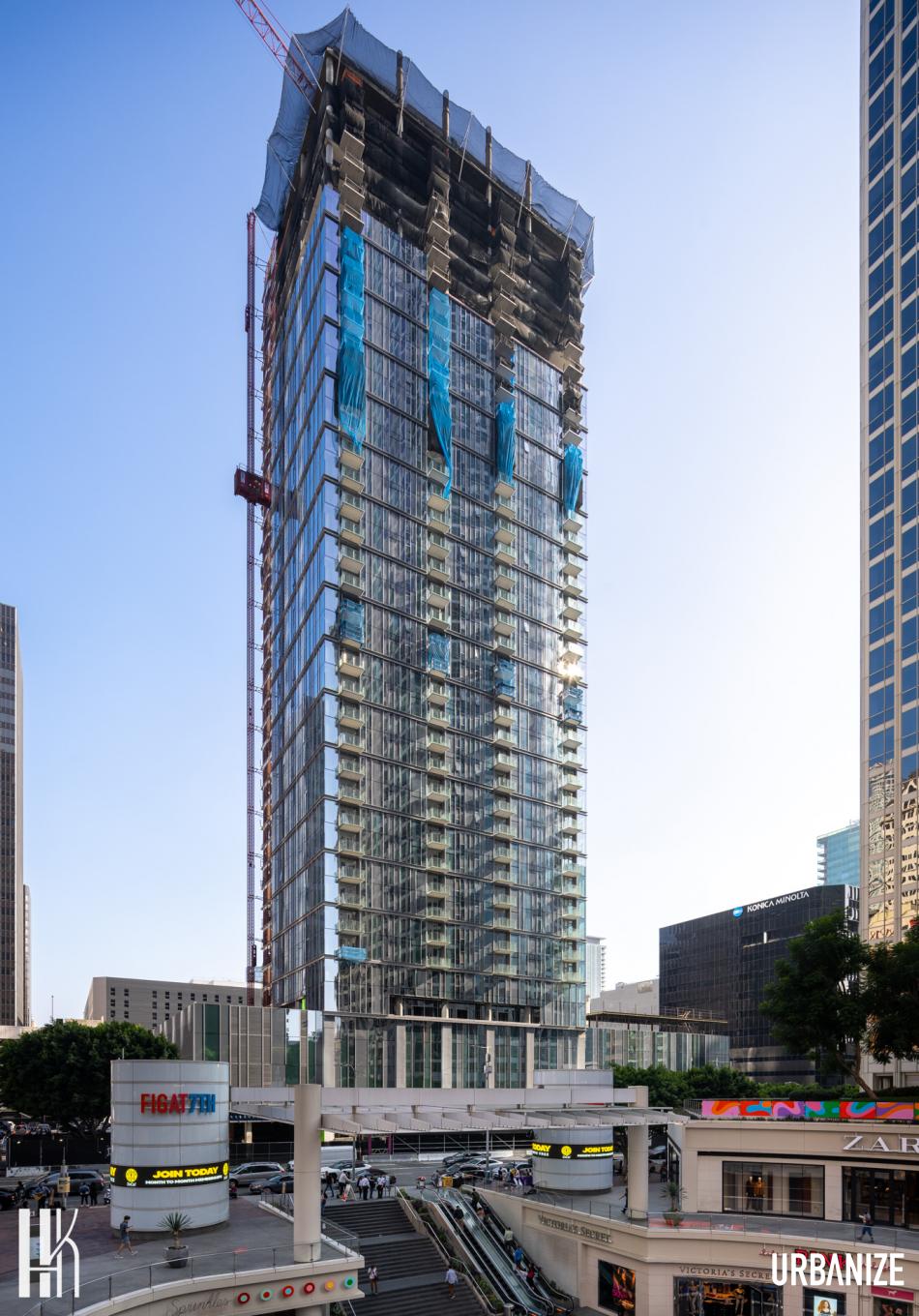 In addition to the Figueroa Street property, Mitsui Fudosan America also owns a second property two blocks east at 8th and Hope Streets, where the company expects to break ground on a similar apartment tower in the near future.

The tower site sits directly east across Figueroa Street from the Figat7th shopping mall, where Brookfield is in the midst of construction for its own apartment tower.