Nearly two years after breaking ground in Westlake, wood framing is slowly rising for a new multifamily residential building near the intersection of 7th and Hoover Streets. 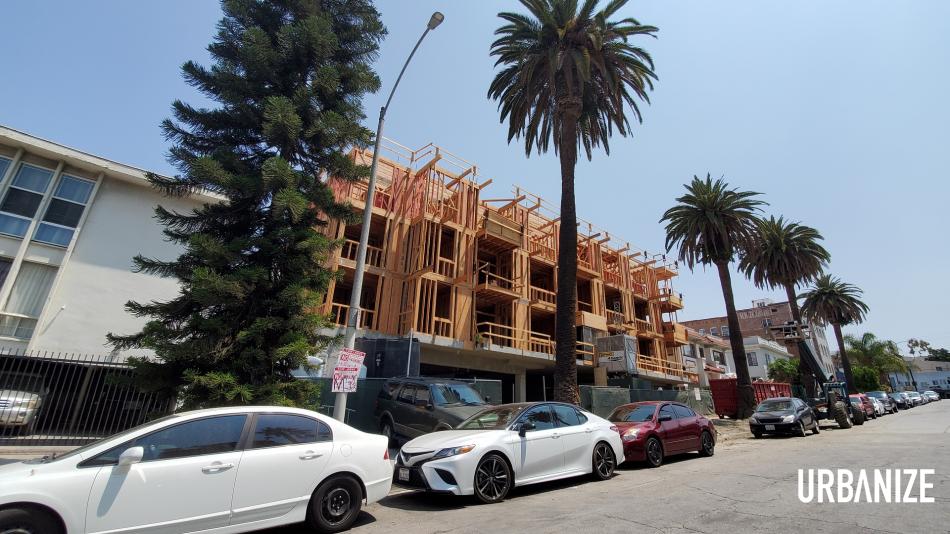 Located at 2841-2853 W. Leeward Avenue, the project will eventually consist of a six-story building featuring 46 residential units above a two-level basement parking garage.

Lahmon Architects is designing the project, which is inspired by traditional Korean art and culture according to a landing page on the firm's website.  The building's facade will employ light and dark materials to create the illusion of depth on a nearly flat service, while a rooftop deck will activate its upper floor.

The development is a prelude to larger projects on the horizon in the Westlake and Koreatown neighborhoods, including a mixed-use building featuring 166 apartments and retail slated for an empty site to the north on 7th Street.

Two blocks north at the intersection of Hoover and Wilshire Boulevard, a $300-million apartment tower from Hankey Group and Jamison Services, Inc. is nearing completion.