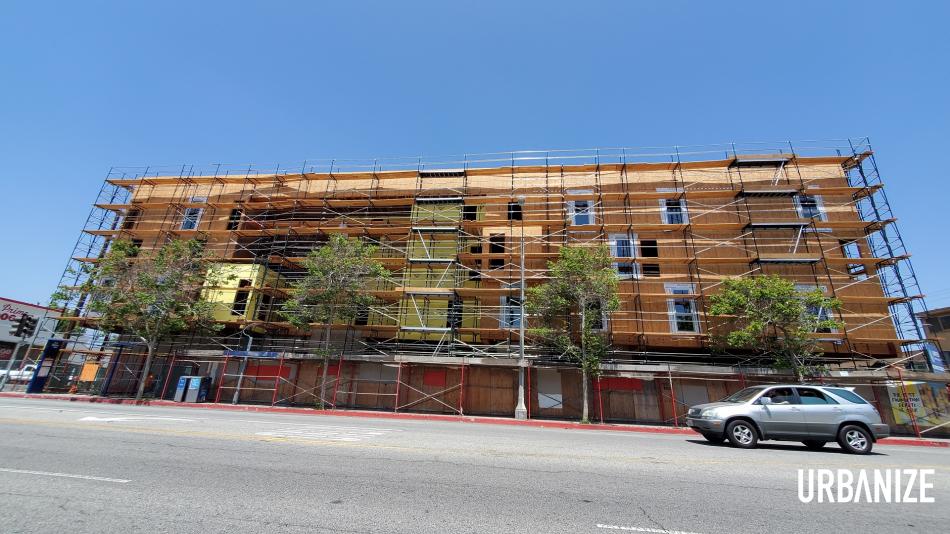 Located on the former site of Mount Hermon Baptist Church at 1819 Pico Boulevard, the project consists of a four-story building which will feature 48 apartments one-, two-, and three-bedroom apartments above 4,174 square feet of ground-floor commercial space and basement parking for 49 vehicles.

Earlier this year, Community Corporation of Santa Monica announced a partnership with Streetlet to open a new space for local businesses, pop ups, and workshops at the building's ground floor. Jus' Family Cafe and Coffee Bar will also occupy a portion of the street-level retail space.

According to a 2020 staff report to the California Tax Credit Allocation Committee, Brunson Terrace will cater to households earning between 30 and 80 percent of the area median income. Rents are expected to range from $522 to $2,028 per month.

The report indicates that the $41-million development was funded through a variety of sources, including tax credit equity, a bank loan, and $13.3 million loan provided by the City of Santa Monica. The per-unit cost amounts to approximately $792,000.

Designed by Brooks + Scarpa, the project has been described as a "village" concept with multiple buildings centered on a central courtyard area.

The project site sits less than a half-mile east of 14th Street, where Community Corp. recently completed work on a senior affordable housing complex, and is also developing a 73-unit apartment building for low-income households.