A nondescript commercial building located midway between the Hollywood Bowl and Hollywood & Highland could be razed for a new hotel, per an application submitted late last year to the Los ANgeles Department of City Planning. 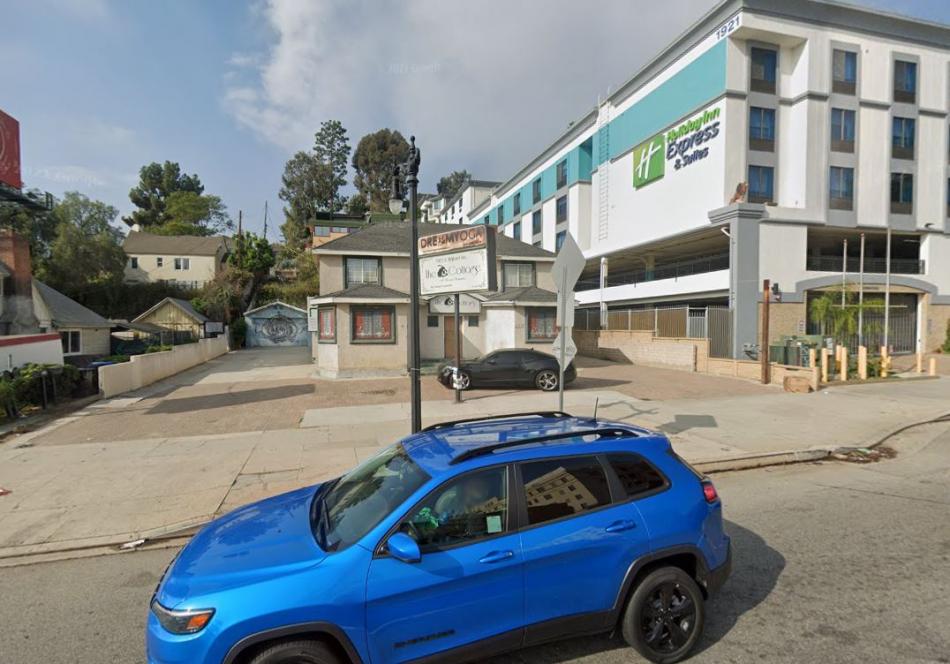 The proposed project, which would rise from a quarter-acre site located at 1909-1915 N. Highland Avenue, calls for the demolition of a two-story edifice completed in 1903, clearing the way for the construction of a new five-story building containing 50 hotel rooms above a 1,000-square-foot cafe at ground level and semi-subterranean parking for 50 vehicles.

Los Angeles-based architect Sam Aslanian is designing the proposed development, which is depicted as a contemporary low-rise structure, similar in scale to a neighboring Holiday Inn to the north.

City records list the project applicant as Kirk Kirikian, based out of an address connected to a dental office in Redondo Beach. 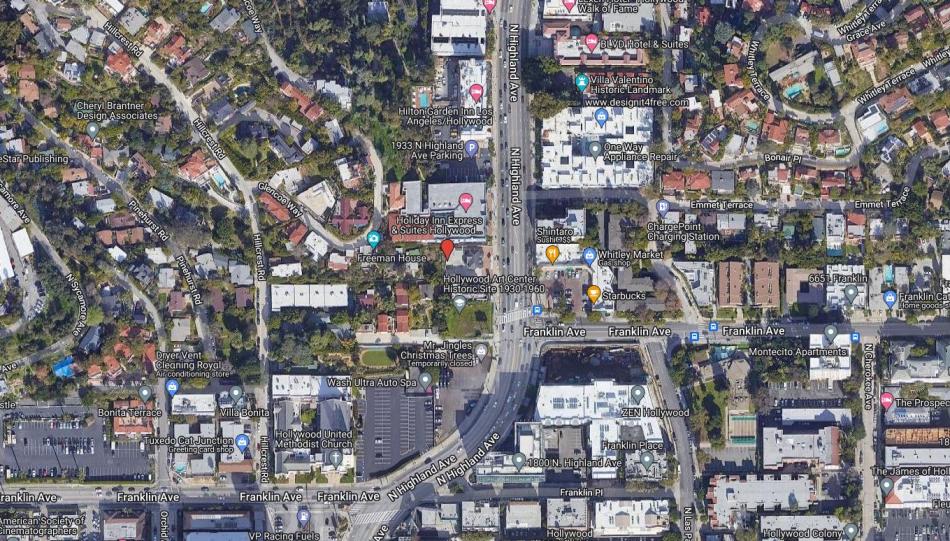 The proposed project would rise directly north of a vacant city-owned lot which is being primed for redevelopment with affordable housing, and a short walk from the Hollywood Highland Center, which is in in the midst of a revamp which will rebrand the property as Ovation Hollywood and convert the upper floors of the mall into offices.

The site also sits across Highland Avenue from Zen Hollywood, a 118-unit apartment complex which debuted in late 2020.