A Los Angeles County-owned property flanking the Blue (A) Line tracks in Willowbrook is up for redevelopment with affordable housing, following a vote taken __ by the Board of Supervisors.

In a __ vote, the Board adopted a motion from Supervisor Holly Mitchell which directs County staff to enter into an exclusive negotiating agreement with Linc Housing Corp. for the redevelopment of parcels located at 12611, 12617, and 12625 S. Willowbrook Avenue. The proposed project would consist of a three-story building containing 51 apartments - including 50 affordable units and one manager's unit - above ground-floor community space. Plans also call for a 23 parking stalls in a surface lot and roughly 15,000 square feet of open space. Linc would reserve all of the apartments for households earning no more than 30 percent of the area median income level.

Under the terms of the proposed arrangement with the County, the negotiating agreement will apply to the two vacant lots at 12617 and 12625 Willowbrook, while Linc will purchase the adjoining property at 12611 Willowbrook to assemble the full development site.

The initial term of the negotiating period will be six months with two optional 90-day extensions.

D33 Design & Planning, a frequent collaborator with LINC, is serving as the architect behind the Willowbrook development. Elevation plans show the finished product as a contemporary low-rise structure, clad in a combination of metal, stucco, and concrete, with wood accents. Plans also call for a small garden along the southern property line.

According to an environmental study published earlier this year by the Department of Regional Planning, construction of the project at 12611-12625 S Willowbrook Avenue is anticipated to occur over a roughly 21-month period, with occupancy of the apartments expected in 2025. 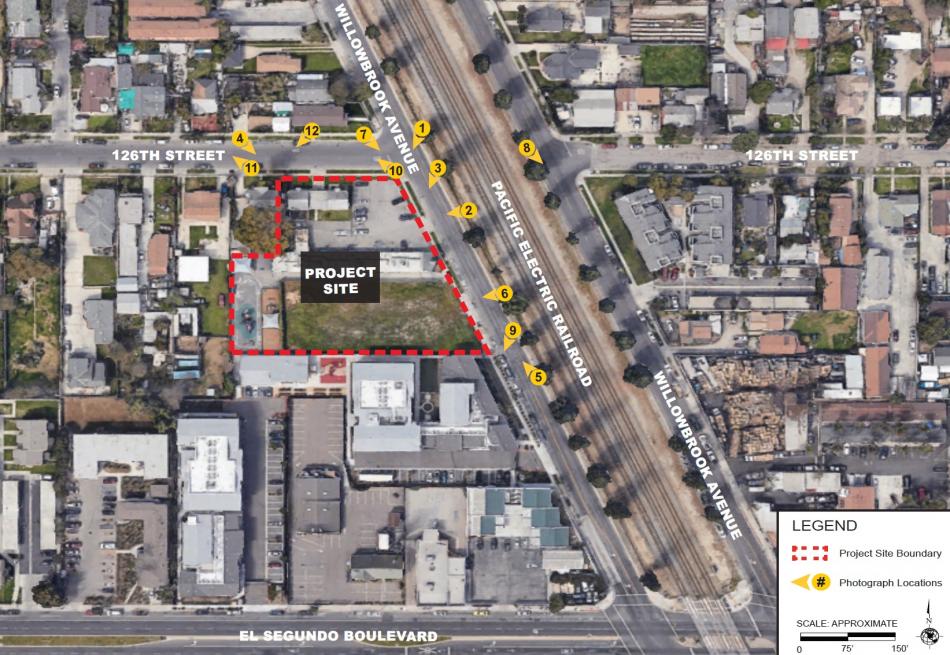 Linc Housing, based in Long Beach, has had its eye on the Willowbrook site for more than five years. The Board of Supervisors originally opted to work with Linc in 2017 on the redevelopment of the Willowbrook Avenue property, as well as several other sites nearby.

When completed, the 51-unit housing complex will be the third in Willowbrook for Linc, following the neighboring Mosaic Gardens project and the Springhaven apartments at 118th Street and Wilmington Avenue.