Just south of Harbor-UCLA Medical Center in unincorporated West Carson, a collection of modest warehouses could make way for a large multifamily residential complex under a proposal from a Los Angeles-based real estate investment firm CGI. 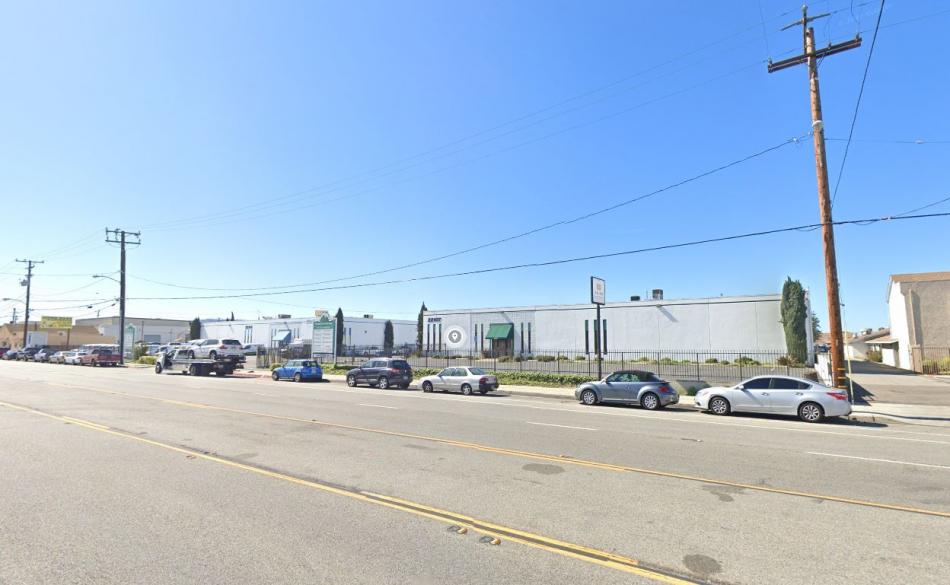 The proposed project, slated for a nearly five-acre site located at 22107-22133 S. Vermont Avenue, is currently improved with four tilt-up concrete buildings as well as surface parking. CGI intends to raze all existing improvements, clearing the way for the construction of a new six-story complex featuring 525 apartments, wrapping an eight-level, 637-car parking structure.

CGI's project relies on L.A. County density bonus incentives to permit a larger, denser building than allowed by zoning rules in the West Carson TOD Specific Plan area. In exchange for a limit of 339 residential units on the site, CGI would agree to set aside 35 of the new studio, one-, two-, and three-bedroom dwellings as affordable housing priced for extremely low-income households.

TCA Architects is designing the building, which would which is depicted in illustrations as a contemporary low-rise structure. Courtyards and terrace decks carved into the structure would provide landscaped open spaces and seating areas, while interior spaces would include a co-working room and a bike shop. The garage would be oriented toward the center of the property along the northern property line. 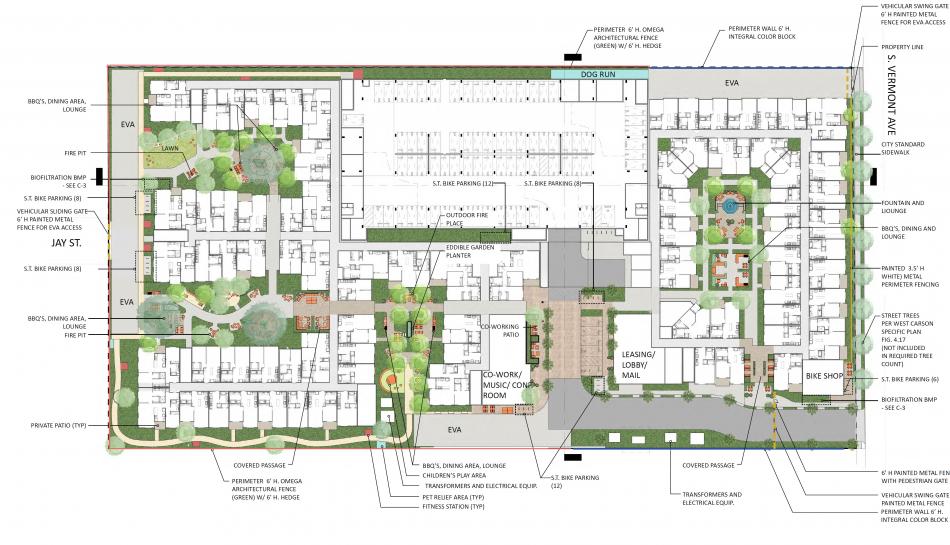 The project comes at a time when neighboring Harbor-UCLA Medical Center is primed for a $1.7-billion revamp which will add new inpatient and outpatient facilities to the campus. Construction is also underway for a 111-unit affordable housing complex a few blocks south on Vermont Avenue.

CGI, based in Woodland Hills, is currently in construction on a smaller multifamily residential buildings in Koreatown and Hollywood, and is planning a residential and hotel complex next to the future Wilshire/La Brea subway station on the Miracle Mile.