Three years after taking over management of The BLOC in Downtown Los Angeles, developer National Real Estate Advisors is following through on plans to add a residential high-rise to the property (and a lot of signage). 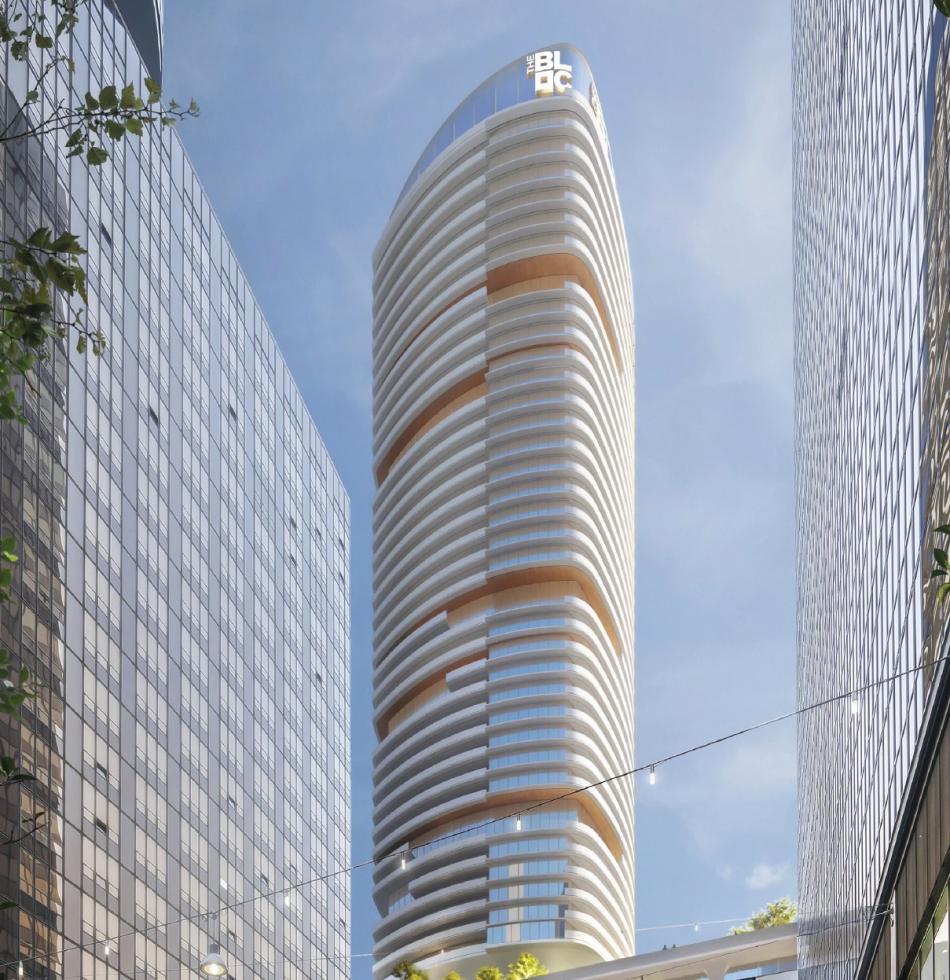 An entity affiliated with the Washington, D.C.-based firm recently submitted plans to the Department of City Planning seeking approvals to construct a new tower atop The BLOC's parking garage - a fortress-like structure which fronts 8th, Flower, and Hope Streets. Plans call for a total of 466 apartments in a mix of studio, one-, two-, and three-bedroom layouts, with 441 parking stalls provided within the existing garage.

Handel Architects is designing the proposed residential tower, which would add 41 stories atop The BLOC's existing 12-level garage, resulting in a 53-story, 710-foot-tall building. Architectural plans show a contemporary glass-and-steel structure with a sculpted glass rooftop and an outdoor deck. Additional amenities are planned at the lowest floor of the new tower.

The new construction would be accompanied by a new signage program, according to the application. A number of digital displays are proposed for garage entrances, as well as on prominent locations at the upper floors of existing buildings.

Requested entitlements for the project, including a transfer of floor area rights, will require a hearing before the City Planning Commission. A timeline is not included in the project application. 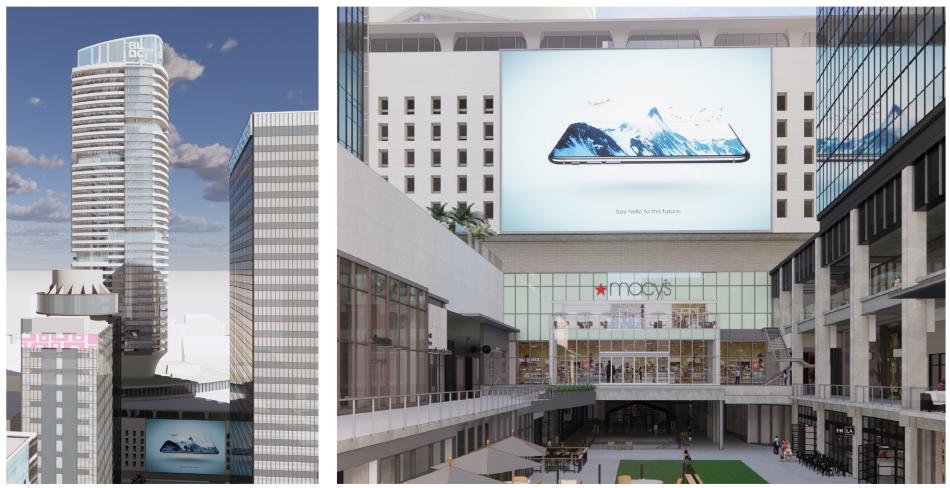 The BLOC, a 1970s development previously known as Macy's Plaza, was transformed by the Ratkovich Company into its current format just over five years ago. The property is anchored by a 32-story, nearly 730,000-square-foot office building and a Sheraton Grand Hotel, capping more than 430,000 square feet of commercial space that includes a Macy's, Uniqlo, and Alamo Drafthouse. The complex also has a direct link to the adjacent 7th Street/Metro Center subway station through its sunken courtyard.

While a project of this scale is unprecedented, it is not the first instance of a developer building housing above a parking garage in Los Angeles. Jamison Services has recently added apartments atop two structures near Wilshire Boulevard in Koreatown as part of broader adaptive reuse projects of adjoining office buildings.