The site of a vacant dental office in Van Nuys could soon birth a mixed-use development featuring housing and commercial uses, according to the agenda of the upcoming meeting of the Van Nuys Neighborhood Council's Planning Committee. 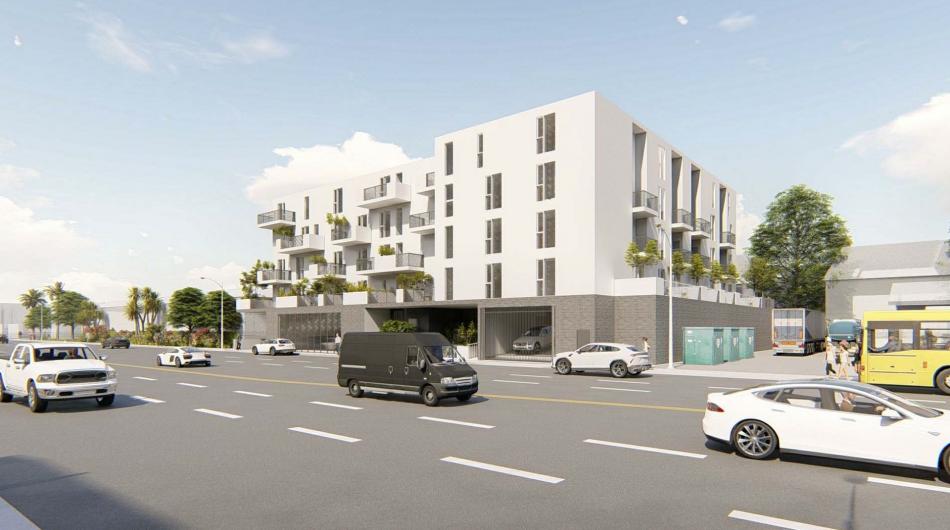 The project, which has not been submitted to the Planning Department at this time, would rise from an approximately .43-acre property located at 7541 Sepulveda Boulevard - a short distance south of Saticoy Street. The proposed development would consist of a four-story edifice featuring 54 studio, one-, and two-bedroom apartments above 1,270 square feet of ground-floor commercial space and semi-subterranean parking for 74 vehicles.

Plans call for three apartments to be set aside as deed-restricted affordable housing at the very low-income level, making the project eligible for density bonus incentives.

The Code Solution is serving as architect and owner's representative for 7541 Sepulveda, which is depicted in renderings as a contemporary white stucco building lined with cantilevered balconies. Common amenities would include a central courtyard and a second-story multipurpose room, according to architectural plans submitted to the Neighborhood Council for review. 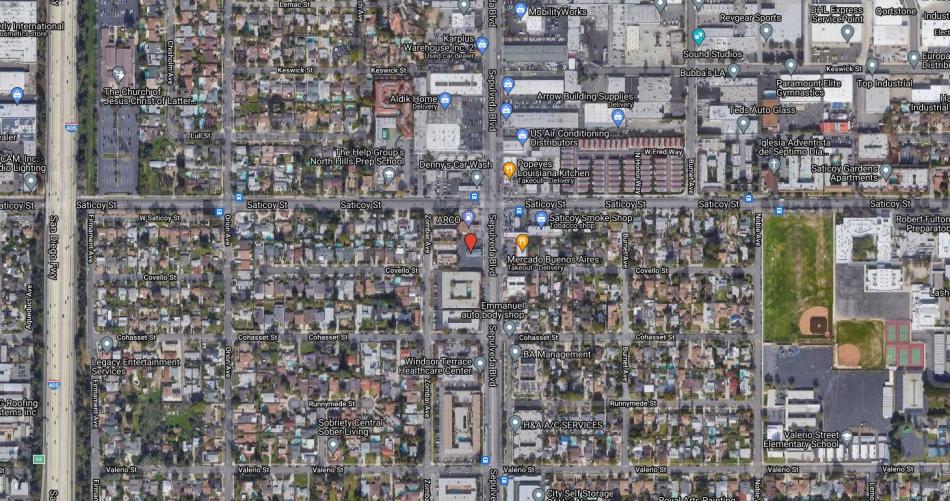 Architectural plans list the project applicant as 7541 SL Squared, Inc., an entity which is managed by dentist Barry Deirmenjian.