In West Adams, the exterior of a mixed-use office building from developer Redcar Properties is starting to take shape. 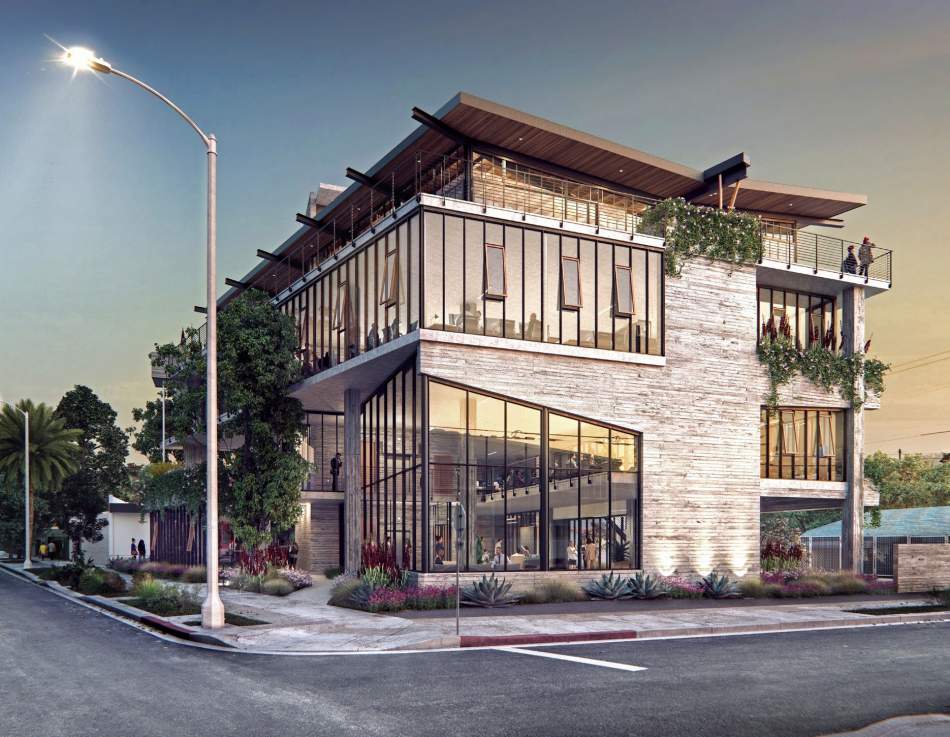 The four-story building, located just east of the intersection of Adams Boulevard and Fairfax Avenue, will include 38,000 square feet of offices on its upper floors and a small ground-floor coffee shop at street-level.  Plans also call for basement storage space, according to permit filings with the Los Angeles Department of Building and Safety.

The concrete-frame building, designed by RAC Design Build, will include balconies, a side-facing courtyard, and a rooftop deck.

Completion of 5788 Adams is expected later this year, according to a leasing brochure.

Redcar Properties is planning similar projects in several Los Angeles neighborhoods - including a mass-timber office building now rising in Chinatown.  In late 2019, the company purchased an office campus in Culver City for $73.5 million with the aim of redeveloping portions of the four-acre site on Jefferson Boulevard.

The project site sits just a half-mile north of the Cumulus District, an 11-acre development from Carmel Partners which will feature more than 1,200 apartments and retail space – including a Whole Foods Market.  Other projects planned nearby include Kilroy Realty's proposed expansion of the Blackwelder office campus, a 254-unit apartment complex slated to replace parking lots on La Cienega Boulevard, and a mixed-use building which would replace a vacant auto garage on the opposite side of Adams Boulevard.