In news that may have been difficult to miss, the long-awaited replacement of the Sixth Street Viaduct has finally made its debut, reopening a key artery across the L.A. River between Boyle Heights and Downtown Los Angeles. 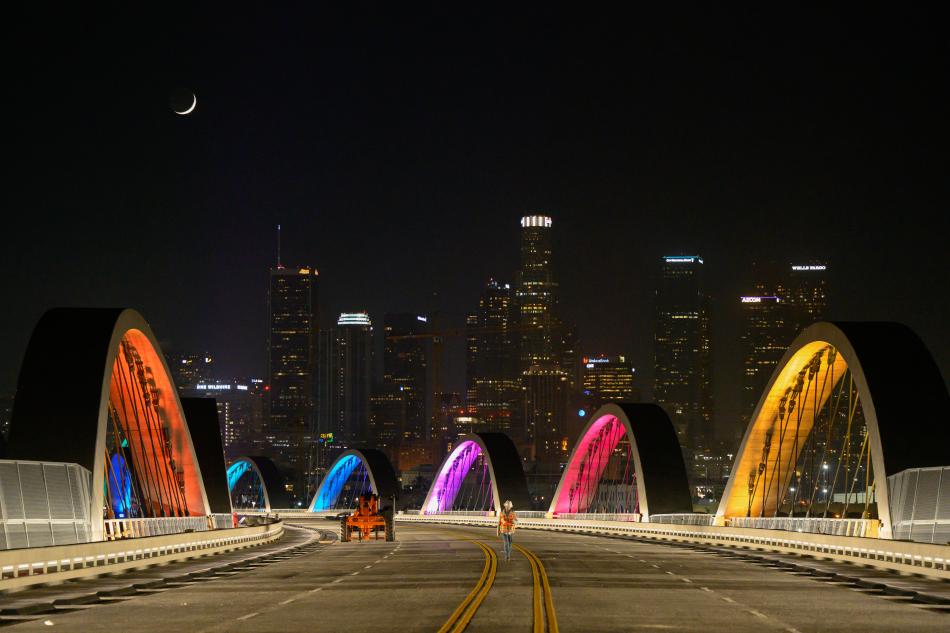 “The Sixth Street Viaduct isn’t just a connection between our communities – it’s a new landmark that represents the tenacity, beauty, and promise that defines Los Angeles,” said Mayor Eric Garcetti in a news release. “I couldn’t be more excited to celebrate with my fellow Angelenos who have been waiting for this day for six years and are ready to experience the benefits of this historic project.”

The project, which opens three years after originally expected, a delay which resulted in large part due to the disruptions caused by the global pandemic. At a cost of $588 million, the roughly 3,500-foot-long bridge is 100 feet wide, featuring two automobile directional travel lanes in either direction and protected bike lanes along the shoulder (though, not protected to the degree that many in the cycling community would have liked). The sidewalks and bike lanes are complemented by five staircases and ramps on both sides of the river, providing access for cyclists and pedestrians. 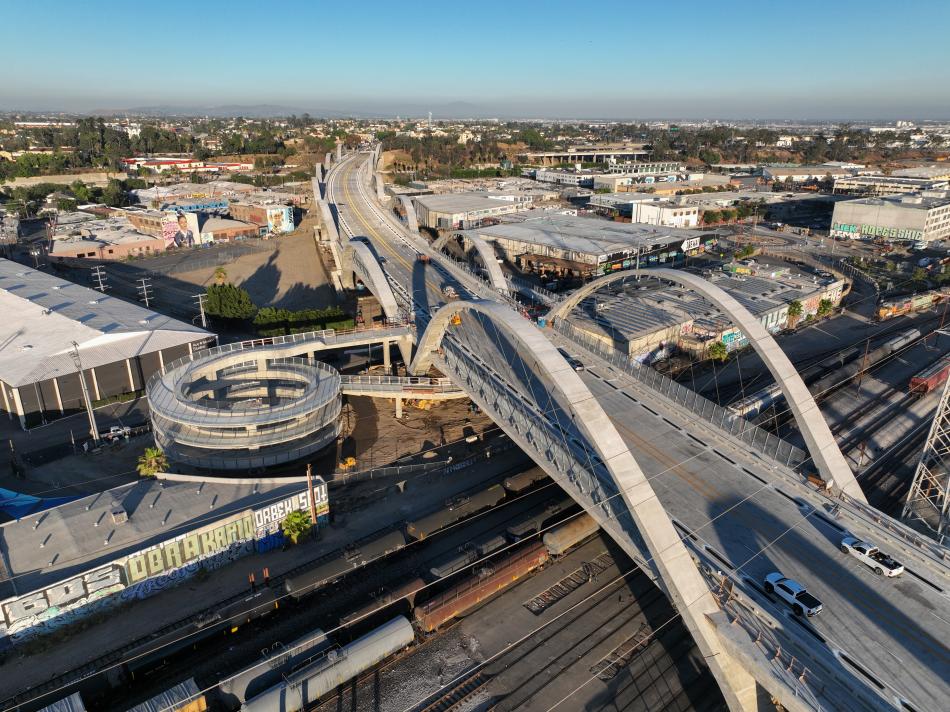 Aerial view of the viaduct looking east toward DowntownGary Leonard

With 10 undulating arches, varying from 30 to 60 feet in height, the new viaduct references the twin metal arches of the historic structure that it replaced, a well-known landmark from film and television. The new bridge is also billed as one of the city's most "seismically safe pieces of infrastructure" - another upgrade from the original, which was demolished due to a fear that crumbling concrete would result in its collapse during a major earthquake.

According to a release from design and engineering firm HNTB Corp., the new bridge is intended to withstand a 9.0 magnitude earthquake, and has a roughly 100-year service life. Its sturdiness is the result of concrete "Y-Bents" that feed into the arches, and use a higher grade of enforcement than previously used on a California bridge. Likewise, pilings for the viaduct extend 165 feet underground - the same depth as that of a 16-story building.

Designed by architect Michael Maltzan, the new viaduct has been described as a "Ribbon of Light," with LED lighting embedded into the arches.

The bridge will eventually hover above a new amenity for both Boyle Heights and the Downtown Arts District: 12 acres of new park space. The Bureau of Engineering expects to break ground on the $40 million project later this year. 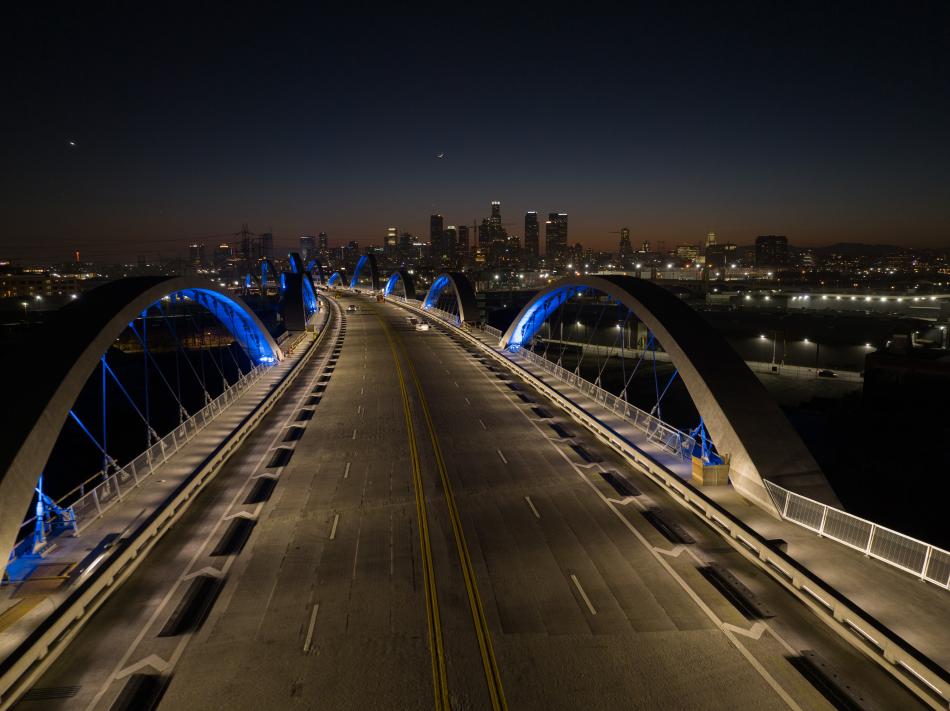 Aerial view of the viaduct looking west toward DowntownGary Leonard

“Our team is extremely proud to deliver this iconic landmark to Los Angeles to be enjoyed by generations to come,” said Gary Lee Moore, City Engineer for the City of Los Angeles. “This viaduct has been a labor of love and determination for so many of us in the City, our partners and particularly the Bureau of Engineering. We worked closely with the community to create a multi-modal space that not only creates a new bridge for vehicles, but also brings exciting new walking and biking options with breathtaking views.”