Bardas Investment Group and Bain Capital Real Estate are looking to build yet another large studio development in Hollywood.

Yesterday, the two firms announced plans for a $600-million redevelopment of the former Television Center at 6311 Romaine Street, which would transform a 6.4-acre property that was once the headquarters of Technicolor into a 620,000-square-foot studio campus. The campus, which will be rebranded as Echelon Television Center, spans two city blocks bounded by Santa Monica Boulevard to the north, Cahuenga Boulevard to the east, Willoughby Avenue to the south, and Cole Avenue to the west. Existing improvements, completed between 1930 and 1966, comprise approximately 183,000 square feet of offices and studio space. 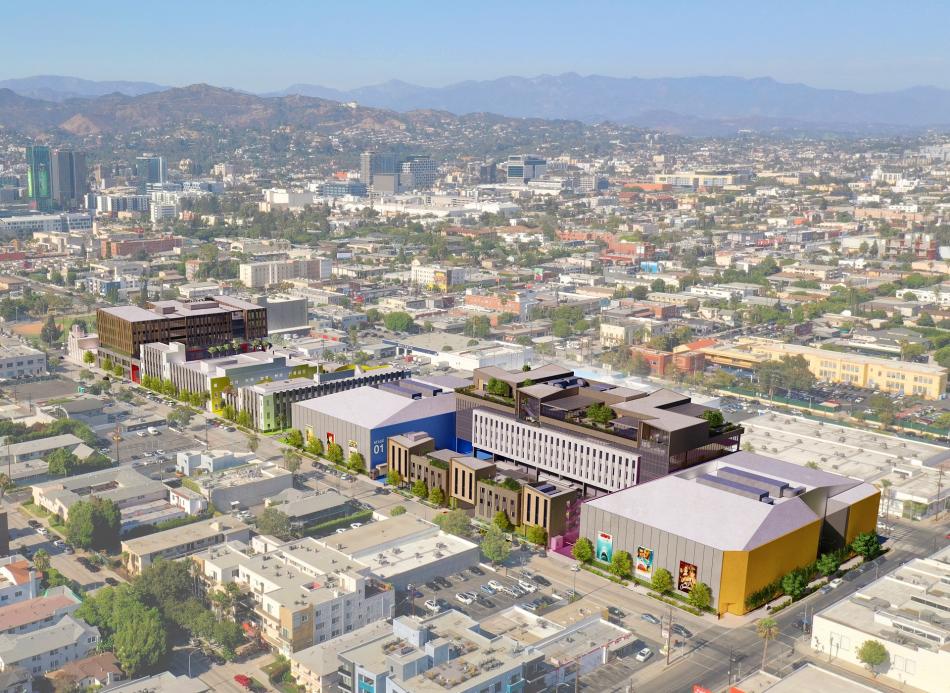 The Echelon project will preserve historic Art Deco buildings on the northern block, using them to frame a new office building that would replace smaller structures on Santa Monica Boulevard and a surface parking lot. To the south across Romaine, more parking will give way to four soundstages, a basecamp, and a six-story office building with additional production support space, rooftop bungalows, and outdoor decks.

Rios is designing the studio complex.

“This project represents our company’s continued focus on redeveloping infill product for the entertainment and media industries in the content capital of the world,” said Bardas founder and managing principal David Simon in a news release. “The old home to Technicolor and Metro Pictures represents another great opportunity to keep ‘Hollywood in Hollywood’.” 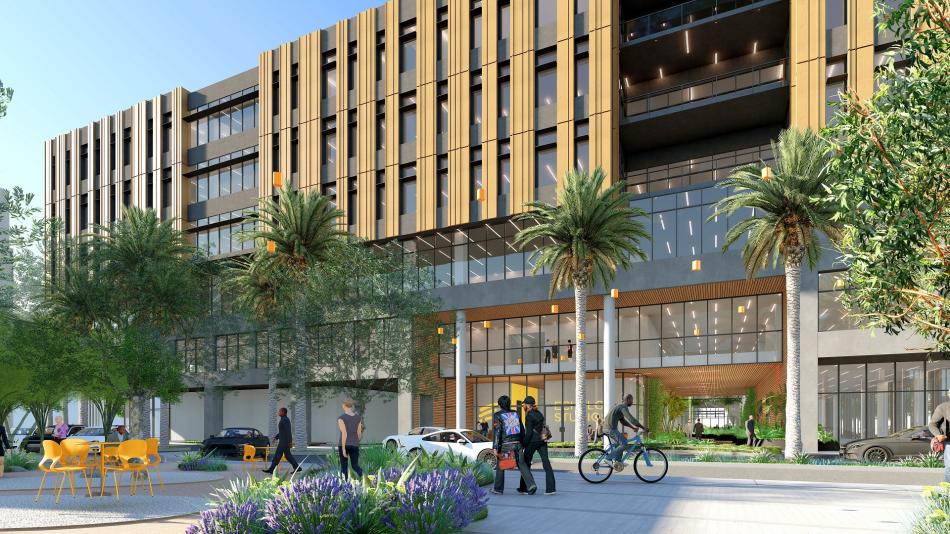 The project is the latest investments from Bain and Bardas, which formed a joint venture in 2019 to pursue new office and production facilities catering to content creation.

“We have strong conviction in the secular demand drivers underpinning the continued growth of the media and entertainment industry and are delighted to expand our portfolio with BARDAS,” said Bain Capital Real Estate managing director Joe Marconi in a statement. “We are extremely excited to breathe life back into this site, honoring its past while delivering an exceptional project curated for today’s content creators in the heart of Hollywood. Similar to our Echelon Studios project, Echelon at Television Center will be another great addition to the entertainment and media landscape in Hollywood.”

The joint venture is also behind another Echelon project which would create 350,000 square feet of offices, as well as soundstages and retail, at the former site of a Sears at 5601 Santa Monica Boulevard in Hollywood. 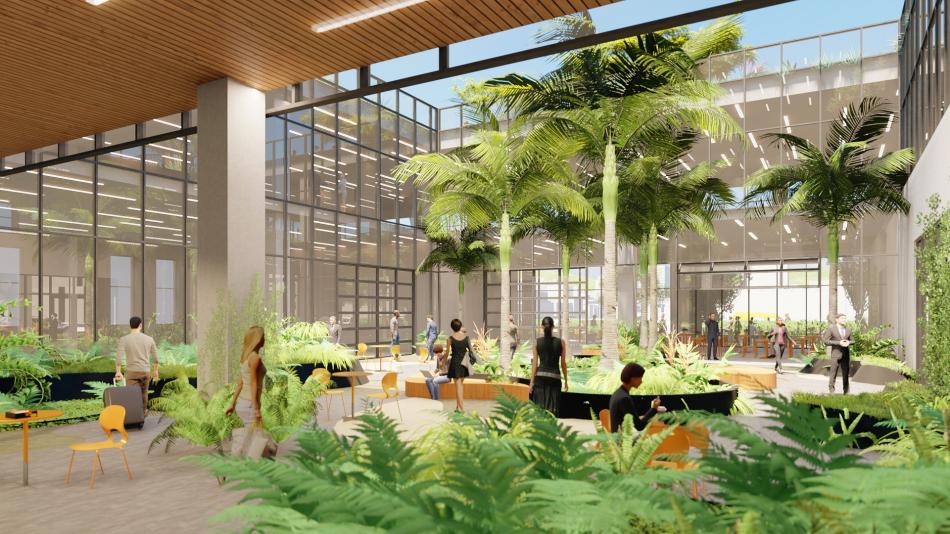