After four years of construction (and eight years after haggling with the neighbors), Hypericum Companies is finally putting the finishing touches on the On Butler apartments in Sawtelle. 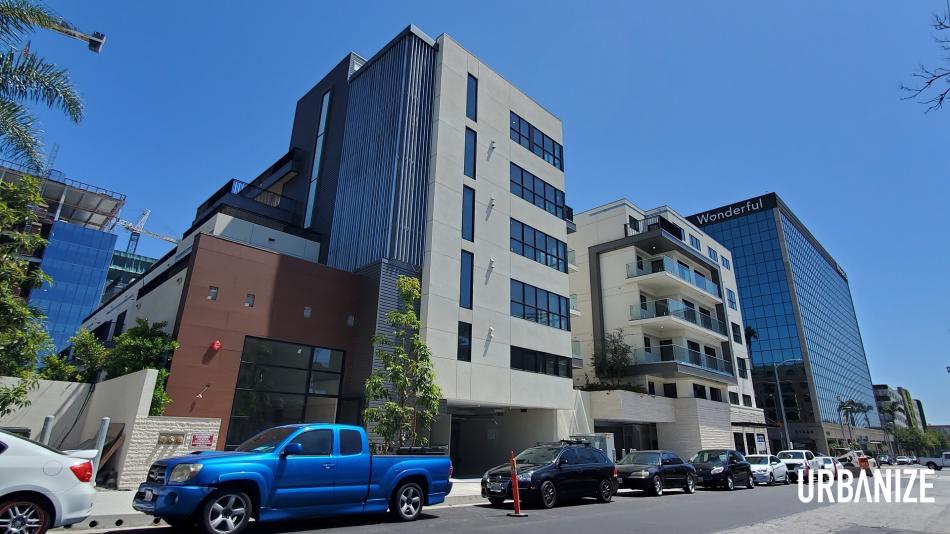 Located at the northeast corner of Olympic Boulevard and Butler Avenue, the six-story building features 77 apartments above 6,500 square feet of ground-floor commercial space and basement parking for 142 vehicles.

Architect Farhad Ashofteh designed the podium-type building, which is clad in stucco and trespa panels.  The building features a series of terraced stepbacks along its northern property line, providing a transition to the lower-scaled condominium complex located next door.

On Butler sits one block west of the former Trident Center office complex, which is in the midst of a $300-million remodel and expansion branded as Lumen West L.A. 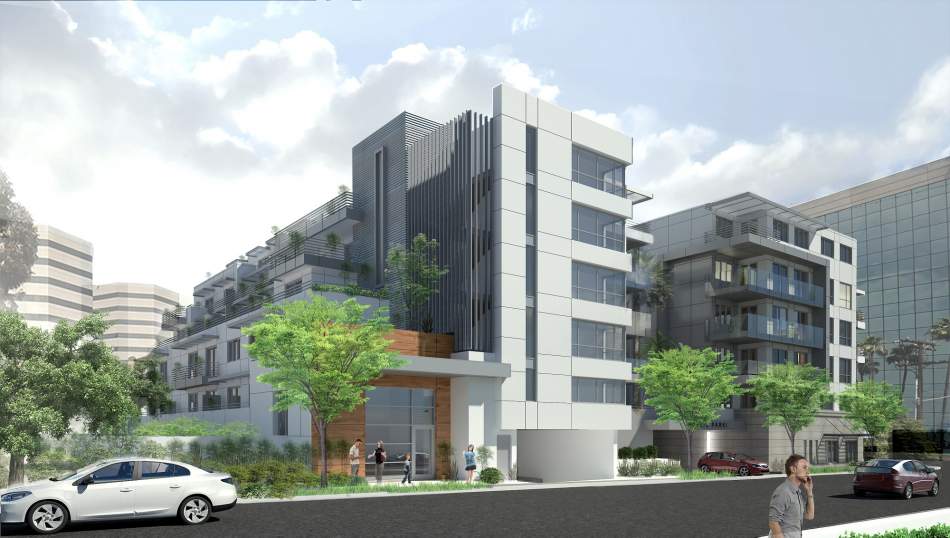 A half-mile west, another large mixed-use project is taking shape at the former site of Martin Cadillac.  The West Edge, which is being led by Hines, will include multifamily housing, office space, and ground-floor retail.