A trio of commercial buildings just south of the 210 Freeway are poised for redevelopment with a mixed-income apartment building, according to a recent presentation to the Pasadena Design Commission.

The proposed project, slated for a mid-block property located at 1501-1525 E. Walnut Street, would consist of a four-story edifice featuring 80 SRO-style apartments atop 60 parking stalls - the bulk of which would be located in a lot at the rear of the property. Plans also call for a single caretaker unit which would house an on-site manager.

Project applicant 1501 Walnut, LLC - managed by Tajen Lee - has proposed that 30 of the apartments be set aside for rent by very low-income and medium-income households. The inclusion of below market-rate units would allow the project to exceed the site's by-right allowable density of 60 units.

Pasadena-based Tyler + Kelly Architecture is designing the proposed apartment complex, which would be clad in a combination of stucco, aluminum and stone, and feature on-site amenities such as a dog run, a swimming pool, and a barbeque area.

"The mid-block location of the project site allows the architecture to eschew architectural gestures to 'anchor' a corner or serve as a gateway element," reads a staff report to the Design Commission. "Rather, the proposed design incorporates a rational idiom of solids and voids with anchored solid end pieces flanking a repetitive cadence of window bays." 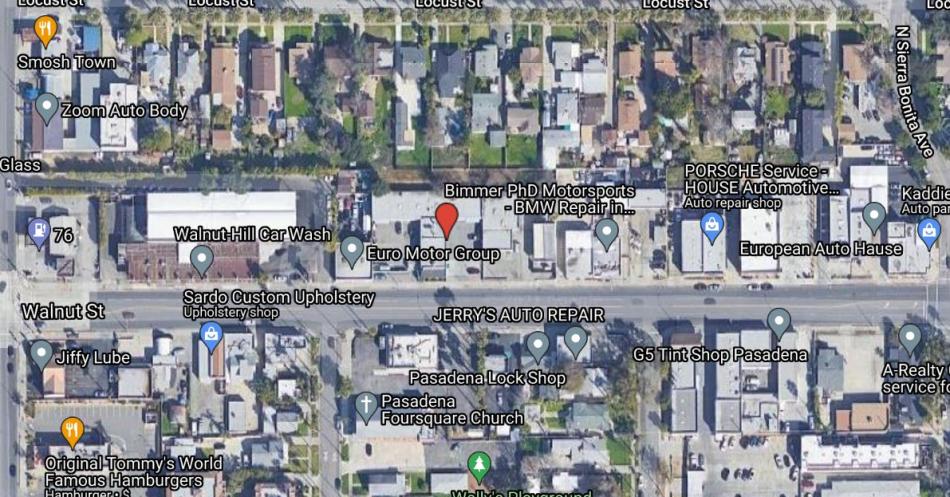 The presentation to the Commission was for a preliminary review. A vote on the design concept is slated for a later date.

The project joins a handful of other infill apartment buildings planned for properties located along a former railroad right-of-way between Walnut Street and the 210 Freeway, including townhomes and micro-units slated for sites located to the west across Hill Avenue.