In Brentwood, the site of a shuttered pho restaurant is primed for redevelopment with a mixed-use apartment building, according to an application submitted late last month to the Los Angeles Department of City Planning. 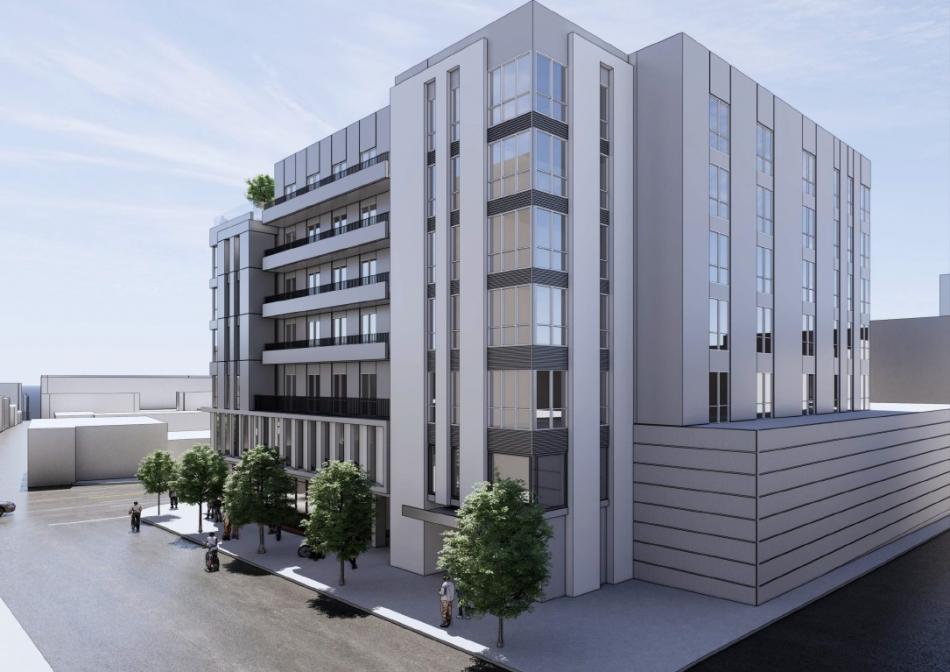 The proposed project, slated for a property at 11905 Wilshire Boulevard, calls for razing the existing vacant building and attached surface parking lot to clear the way for the construction of a new seven-story building featuring 81 studio, one-, and two-bedroom apartments - ranging between roughly 595 and 805 square feet in size - as well as 3,558 square feet of ground-floor retail space and semi-subterranean parking accommodations for 105 vehicles.

Requested entitlements include density bonus incentives permitting a larger building that typically allowed by the zoning code. Nine of the new apartments are to be set aside for rent as affordable housing in exchange for the incentives.

Carrier Johnson + Culture is designing 11905 Wilshire, which is depicted in a rendering as a contemporary podium-type building clad in varying shades of painted stucco. Plans show numerous on-site amenity areas, including a gym, a plaza, and outdoor decks on the third and seventh floors. 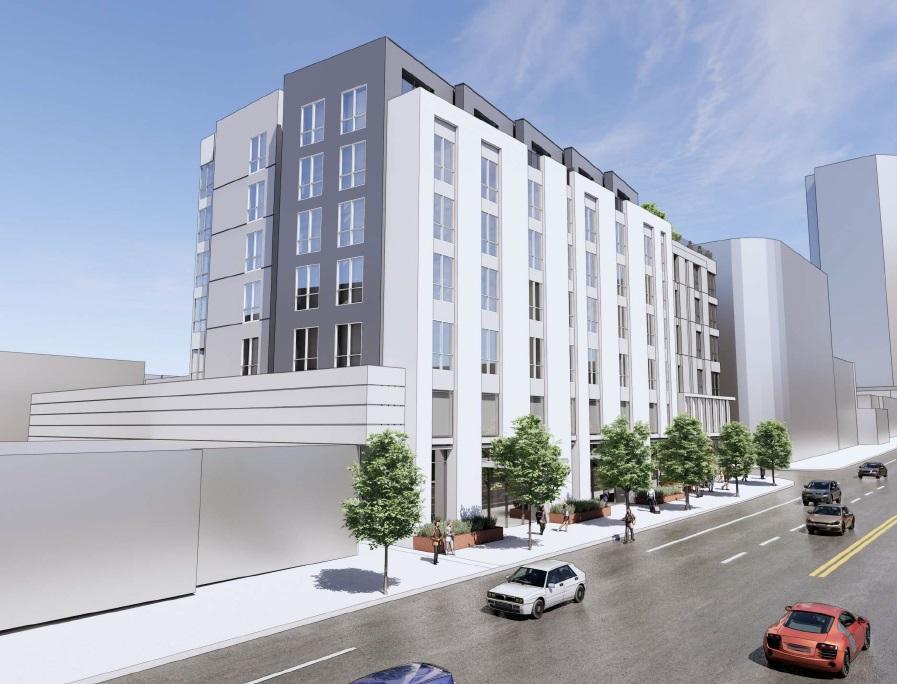 City records list the project applicant as Nirup Venkatachalam through an entity affiliated with Radha Hotels USA, which acquired the site in September 2021 for $13.5 million. The property is also listed among the portfolio of Willow Street Capital, which advertises an early 2025 completion date for the proposed project on its website.

The development site is located a short walk east on Wilshire from Picasso Brentwood, a similar mixed-use apartment complex which opened in 2019.