The Los Angeles City Planning Commission has voted in support of a proposed development that would replace a car wash at a busy intersection in Pico-Robertson with mixed-income housing and commercial space. 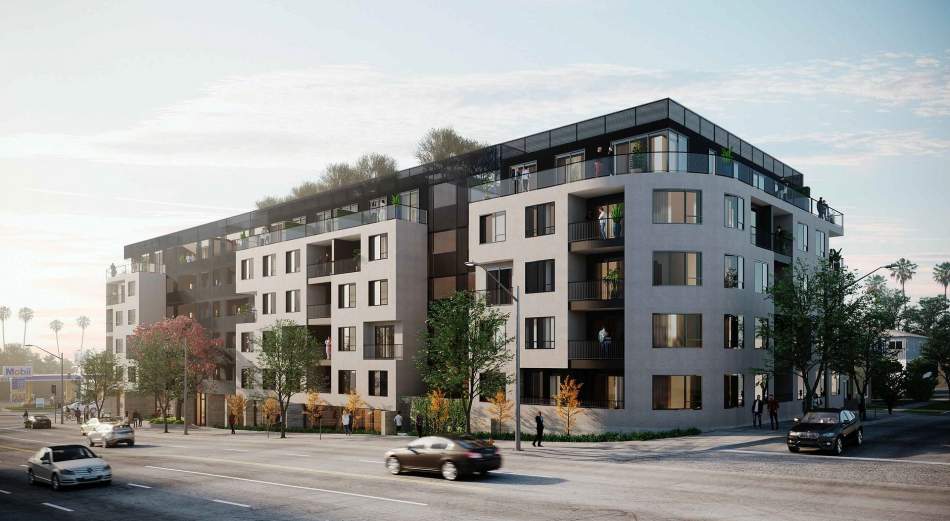 The project, led by Beverly Hills-based real estate investment firm Concord Capital Partners, would rise at 9500 W. Pico Boulevard, replacing "The Wash."  In place of the car wash, which spans the south side of Pico between Beverly Drive and Reeves Street, plans call for the construction of a six-story building featuring 108 studio, one-, two-, and three-bedroom apartments with 3,250 square feet of retail space and parking for 134 vehicles.

Concord's entitlement application relies on density bonus incentives to create a larger structure than permitted by local zoning rules for the property.  In exchange, 13 of the apartments would be set aside as deed-restricted affordable housing for rent at the very low-income level.

Abramson Architects is designing 9500 Pico, which would consist of a contemporary podium-type building clad in metal and plaster.  A street-level setback on Pico Boulevard would be used to create a publicly-accessible courtyard and a plaza.  Residents would also have access to a private rooftop amenity deck. 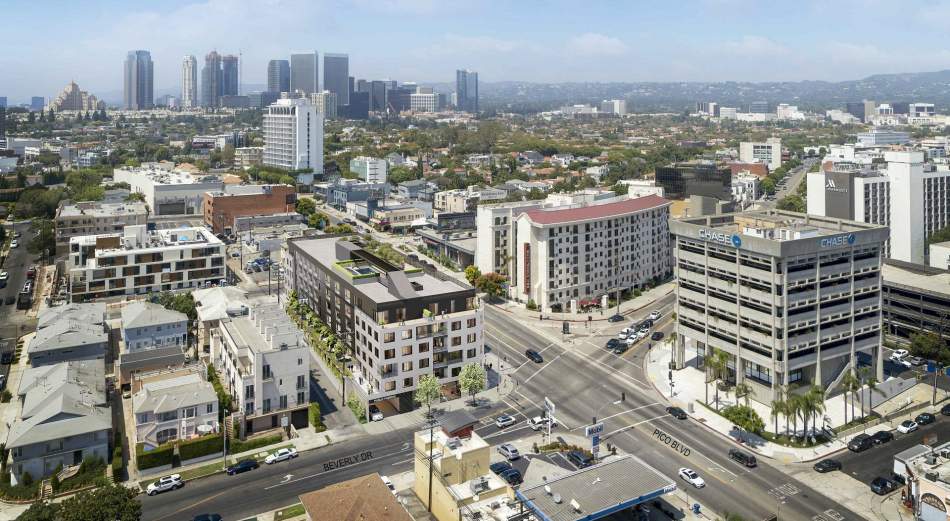 Construction of the apartment complex is expected to occur over a 24-month period, which according to an environmental study published earlier this year, could be completed as early as 2023.

The project from Concord Capital is the latest in a series of new multifamily residential developments planned for the Pico-Robertson neighborhood, including a proposed development at 9224 W. Pico Boulevard that would include housing for special needs adults over ground-floor commercial space.